We will likely get one. The contents of 3.0 will almost certainly be announced on a dev stream, then sit on testlive for a month. We will know what it is long before it goes live.

We still don’t even know if there will be a 2.9 first. If they’re still sticking to their quarterly release schedule they’ve held the last couple years, might be we see that sooner than a larger 3.0

killed by fire, rats or catapulting.

Okay you’ve got a point there. No death by rats please!

No death by rats? Well, better be prepared to denounce your true love.

But enough talking about work. Back to computer games!

Funcom, give us a preview! 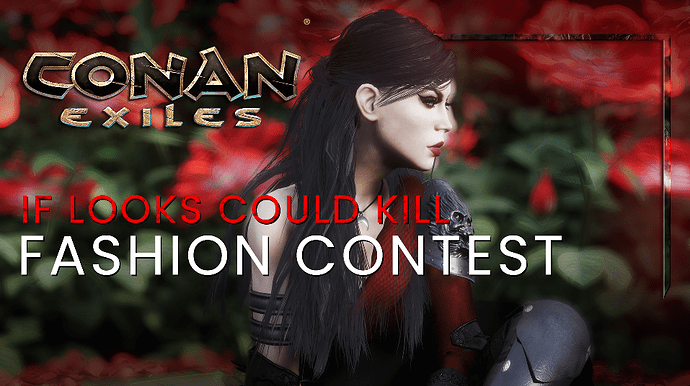 Screenshots taken by the incredible Liderpina! Whether it’s for practicality, role playing, or simply wanting to look badass, what you wear makes the barbarian. Styling your character and making it unique is a large part of Conan Exiles, and...

Gentlemen, the game is on once again

In a new video that surfaced this morning there are some very interesting final frames. As Den is tragically destroyed by the ferocious onslaught of Andy and Nicole, they make off with the camera making sure he never reveals 3.0.

The video doesn’t just end. The final bit of it is mostly static, with a few very interesting flashing images hidden in it. I went frame by frame over it to grab what I could, here are some notable clips 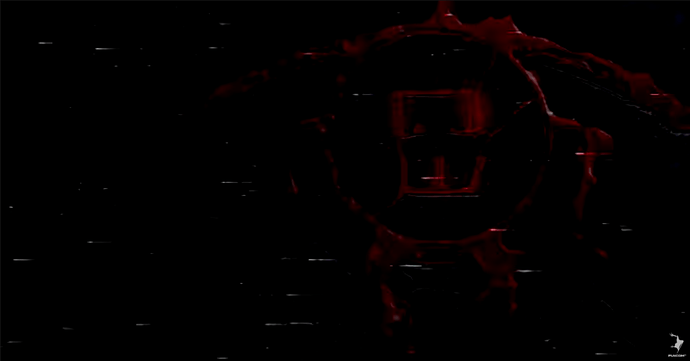 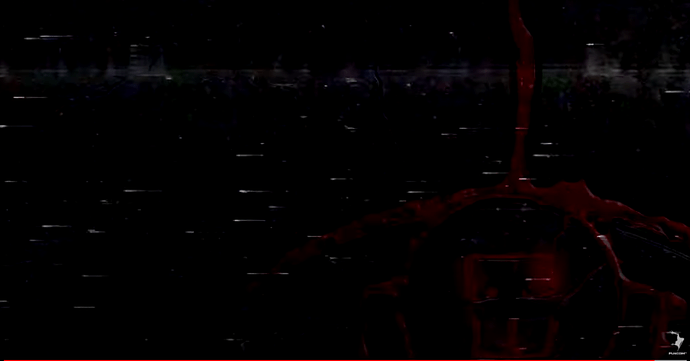 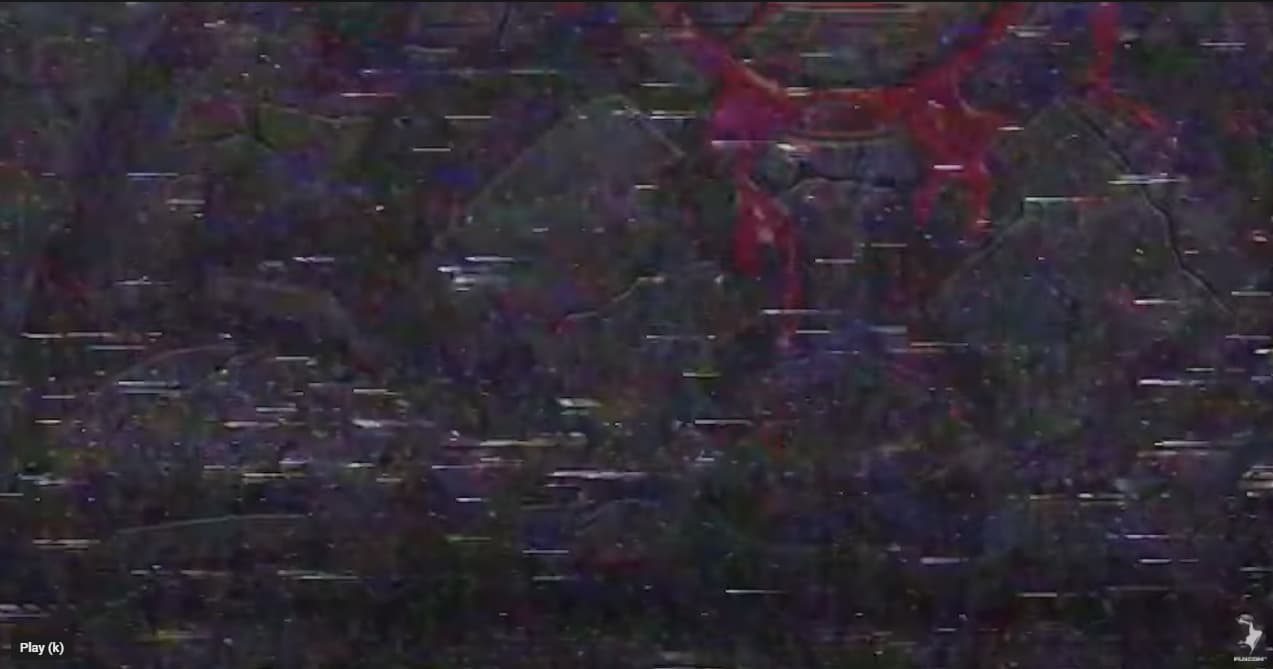 All three of these images seem to be of the same symbol. It appears to be made of blood or wax given how vibrant the red is, dripping down into a stone carving to form the symbol most cleanly visible in the first image.

At this point in time I have no idea what this symbol is, but if it’s familiar to anyone else, please share and help us delve into this.

It is only one of four symbols on a circle around another central symbol.

Since they mentioned the Grave Matters event, this is probably something like the summoning pillars. Maybe the “blood” reveals the symbols as you kill elements connected to it until the entire seal is filled in, triggering the climax of the event.

Each individual symbol may have little to no actual relevance.

Each individual symbol may have little to no actual relevance.

Possible, they didn’t really hold too too much for grave matters in the end. But I certaintly can’t and won’t disqualify them for now, it’s all we have to work with

if I understood correctly, in the video he said that the grave matters is a small part of what will happen in 3.0 ?

Basically. That means it’s meant to be a teaser of something larger. As I’ve been speculating for months now, grave matters was chapter one of a new story unfolding.

They did also say back then the outfit would be reobtainable at a later date, so them showing it off again means that date is soon

For what its worth, the symbol looks very much like the “door” on the Dregs Dungeons. And well, we all know, at this point, to open it we need some blood sacrifice. Maybe it doesnt concern to the dungeon it self, but to the story of the famous “blue ghosts” we see all around the exiled lands… what we know, uh!?
It will be fun if they launch one single video like that untill 18th (when the haversting event-2x ends). Each one with a new clue! Let’s go!

For what its worth, the symbol looks very much like the “door” on the Dregs Dungeons. And well, we all know, at this point, to open it we need some blood sacrifice. Maybe it doesnt concern to the dungeon it self, but to the story of the famous “blue ghosts” we see all around the exiled lands… what we know, uh!?

This is a good idea, I like this. Would fit with Grave Matter’s theme of necromancy, especially if we get ghosts in addition to skeletons

Yeah! And im really hopping for what the dev’s said in the interview with the youtuber; that they had state very good base world and now was the time to make it more alive and dynamic

Posting these everywhere, but these are the symbols “hidden” in the recent video. Do they mean anything to some lorebuffs? 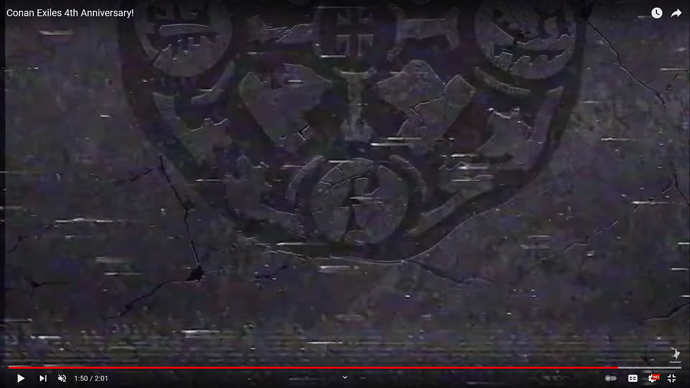 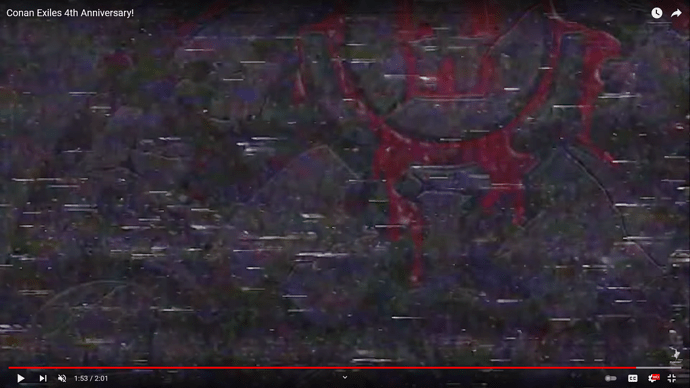 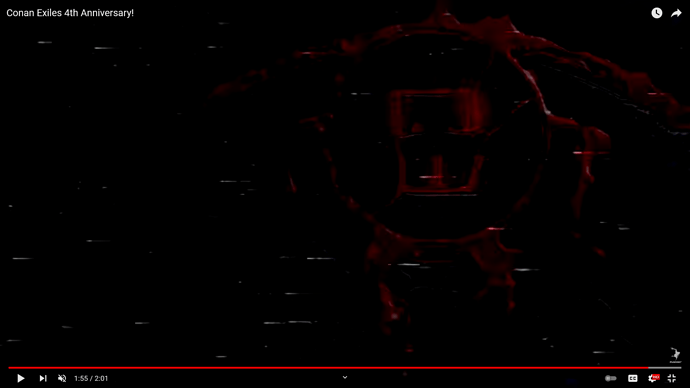 Thanks for posting a cleaner shot than I was able to grab.

These symbols, much like the ones teased before Grave Matters are unlike anything we’ve seen in game.

It’s likely these are tied to wherever the other ones came from, runes of a still unknown language inscribed and invoked in some ritual. Last time they were brought by sorcerers, so I expect this time to be the same.

My guess is they’re all connected to the Book of Skelos, one of the most important and powerful magical tomes of the hyborian age

These two fit together perfectly. I’m going to try cleaning it up and getting a sharpened reconstruction of the entire circle, it will take me a few hours but this is what I have so far. 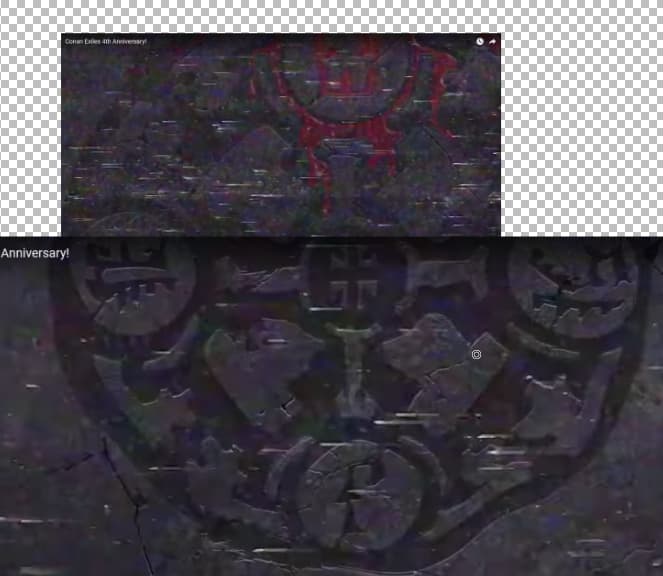 I was planning on making a discord server for my youtube channel to talk about game lore, but this is a sudden, and far more urgent matter. For now I’ve created a fresh server which eventually will restructure but for now I want to use as a base of operations for working on this mystery. You can join here. Right now there isn’t anything in there, but I have a 3.0 theories channel set up to go crazy with.

WTF? I am asking a serious question. Part of the hype is biggest yet, so i want to know what the biggest was so i can have a basel8ne on what all will be added.