Okay, I’ll throw some other bullsh…t idea into the fray:

3.0 will bring playablee races other than humans:

I could see all of these being wildly unbalanced in a pvp setting. Would be cool for roleplay purposes, but in execution it may not do so well. Certaintly a cool idea for private servers or players doing rp though, but I can already envision the other half of the community fuming over it 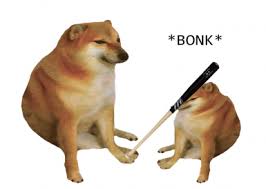 I could see all of these being wildly unbalanced in a pvp setting.

Not a serious suggestion. But the absence of facts must create speculation, the bleakness of our existance is to be softened by fiction. That what brought us religion and fantasy literature!

Funcoooooom, let us hear what you’re working on!

Steve Nash and Chauncey Billups with equal amount of playoff wins in 2022.

@DelRioServerMaster and i have have as many 2022 playoff wins as Kevin Durant and Kyrie Erving.

I suggested a constructable bat demon roost, limited to one per player. Then you would be able to perform a short ritual to summon the bat demon that could be interrupted by combat. If you manage to complete the ritual, a bat demon would swoop down and grab you, ostensibly flying you to its roost, but gameplay-wise, it would just be a “home teleport.”

I like this idea. Have it function like a bedroll in the sense that if you place a second one when you already have one, it destroys the original.

I just hope that in 3.0 we no longer get stuck in rhinos when fighting them. Is that really all that much to ask for?

Here’s another idea though. Workable musical instruments for players as well as thralls.

any news about 2.9 or any other update release or even testing date?

When there is news, everyone will be talking about it.

before May 12 most likely will not be updated, on May 12 finish the merger of servers

Not if Cat-apocalypse happens… then there will be nothing by Meows.

Well, there is 1 week left until the end of the server merge

I know what it’ll be:

Poor Jimbo. Reading that will cause his eyes to bleed.

I’ve transcended as of late. As it turns out there’s already elves in the Exiled Lands, this whole time. I for one welcome our elven overlords

I think those are Keeblers.