Hey im sure most people know me here by now. I just wanna go on record and say…

THIS UPDATE FREAKING ROCKS!! BRAVO BY FAR THE BEST PVP UPDATE I HAVE SEEN TO DATE I usually scold and or go and nit pick but even nitpicking… you only have 2 or 3 things i can really nit pick out of the entire update and theyre not even bad…

The bad nitpicks are…

Bow builds still ultra viable without knock down etc with their damage But the VIT perks mitigate it and make it more of a distance and support weapon now… YAY more Balance we need that man keep it up Dennis i know you said in your stream you wanna make leveling easier… please for the love of god do… pvp is all about the end game… not the start or whatever. Its all end game then fighting…

The rain storm could use a kind of buff well kinda I love that it deals damage to structures but also targeting Allies and stuff is bad. Needs reqorked to target non allied buildings and or people to make it pvp viable. And darkness would be better if lock on was removed since it still works in it. And being able to hit buildings through perma structure and god bubbles is GREAT since it balanced the ceiling god bubble bases cery well if it has increased structural damage you wouldnt hear a gripe from me about it

The Bat… the new movement, the ability to have team tactics and viability… and to combat mixes so well as to make it faster paced or seem so… the fighting… its all so beautiful now.

Dennis and Funcom keep this is up… and next time you do a NDA test live or whatever. Include me with the pvp please… other than that. LETS GET THIS 3.0 OUT ASAP.

Forgot to mention i did a stream of all aspects of pvp and some audiences choice questions and testing. So be sure to check it out. Love this guys.

i will edit as i come along so stay posted here and comment what you all think.

Part one above and part two below 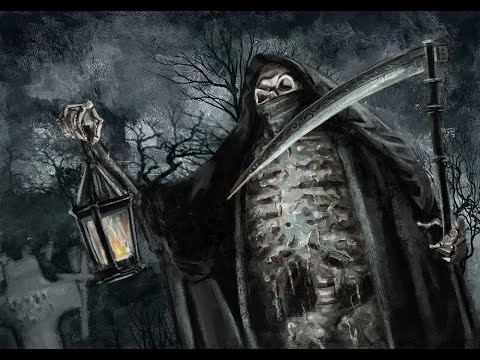 Edit 1: so after looking at cost to summon that abysmal armor… it needs to be more expensive or something. Its waay to strong to be left as. Nit pick again dont worry its basically a character only buff armor once you die its gone and etc

Edit 2) So we need to bring up clan sizes, 10 man clans are just too big thats 25% of the population in one clan… i cant see a world where that makes player retention any good especially players who only play with 3 or 4 people. Cut that down to say 5 or 6 per clan and it makes clans actually have to matter more and the advantage isnt sooo obig for one clan at 10 players against a clan of 4. we need to allow players to not go in duo or solo and not have any chance at all but godding and leaving the server. give them some chances to have fun too. Hopefully they see this and add it

Edit 3) why does the pvp testlive NOT HAVE RAIDING that was a bad move since atleast 1 or 2 days to raid to test server stability and the new perks in raids etc. Please reconsider adding it. or change server title to PvEC

PLEASE READ THIS ONE

Edit 5) BIG ISSUE. THE Zombies or ZEDS ARE NOT ONLY STRONGER THAN GOD ROLL THRALLS you can have 3 plus a demon too and they hit like a freaking truck like… badly… they in a maxed out fight 30 vs 10 since players only get 1 thrall and 3 zeds. So 30 vs 10 best stats… zeds won with 20 remaining. And then we ran player vs player tests and found out just how broken they were… they can DESTROY a player and in a pvp fight yhat fasy aggression and damage will only make people hide behind them… mind you these didnt even have the authority perk upgraded at all @AndyB please let dennis know this and tweak it a bit theyre tankier than full armored thralls and hit harder… not supposed to be the case at all… easier to farm and its insta lvl 20… just broken

This armor is too strong. Why do we need all the other light armor in the game? I think then it would be logical to leave the player to resurrect with the preservation of all normal armor + 8 quick access slots. Then there would be a choice - 1) use stronger armor but lose it when dying 2) use weaker armor but keep it when dying. Now there is no choice.

Yeah, this is broken and again another risk remover from and for battles and pvp.

Hey Reaper Some of the Youtubers are saying archery is going to be new meta in 3.0. Can you please check it out? And let us know. Thank you.

Is a pure spellcaster viable? I want to make a sorcerer but it sounds like I will get Merced.
Is my combat based on summoning or can I fight reliably as well?

There is no direct offensive spells available. Only two spells deal damage, one is random strikes in an aoe and one is a giant piece of burnt lasagna that only hurts you when climbing on it.

Sorcery is utility, not a combat replacement. Summons like zombies and demon followers would be helpful in a fight, but as with other followers need to be prepared ahead of time

So super situational utility that debuffs me? What about the corrupted skills?

Leave the storm as it is. If you buff it so it does not damage/target friendly players/buildings, it creates and imbalance in raids. The sorcerer simply stands on top of his base and spams this spell.

The armor is too strong. I would suggest as only change, that it gives you corruption over time.

Edit 1: so after looking at cost to summon that abysmal armor… it needs to be more expensive or something. Its waay to strong to be left as.

While I agree that it is super cheap and something that has been mentioned, is this a bad thing? No more Siptah gear, no more grinding for days to have enough spare sets for raid time. I feel that having op easy to craft PvP gear (light on top) would promote PvP and more people would engage in it knowing that the gear is easily replaceable and can be obtained by literally everyone. Obviously not good for PvPers who relied on their gear to compensate for their skill.

Personally the armor timer is kind of a turn off for me, sonce sieges can last for a couple hours sometimes i probably wouldnt use it, even as powerful as it is, it would just get annoying

No pure spellcaster, If the staff have a melee attack but is useless, and the two spells that do damage IS way too slow to cast so its a little hard to cast It in a on demand situation, the lava wall is cool to use but IS useless, ALL the spells are cool looking but some i didnt find a good reason to carry a pouch and corrupt my self to use it

The problem lies in it being top of a shelf item that doesn’t follow the new rules.

No other armor be it EL or Siptah stand a chance to compete against it.

It’s 1k armor light meta with the best stats for both str and agility builds.
It doesn’t follow the “glass canon” type due to high armor.
It’s simply BiS and it makes EVERY other armor piece simply useless and not even worth having.

There is no fast health regen, at least it didnt work the way u saying “fast” and the vídeo u share with u killing enemies was using void forget axe in a easy vault

It’s faster than the stock perk. I don’t mean lightning quick 50hp/s, but the 3-5hp/s that works both in and out of combat is still a substantial increase

True, I tried on the harpy vault and got my ass kicked I’ll admit. It’s still over 300hp per hit, and the Sorcerer’s Greataxe I was able to clear over 700 damage in a combo finisher. Definitely not “weak” by any means

again summoning zombies spells seems good but they dont spawn very often, i used in new asgarth and i only saw 2-3 zombies spawn in 20 minutes, its not intend the way they sayed was going to be “summoning waves of undead to kill your enemies”, the ability to reanimate the undead dont last to much and u have to actually sacrifice the thralls u capture to “reanimate it” which dont make sense, cuz u should reanimating a corpse not a living person, the demon follower from the power circle died very fast against the statue from the witch queen, the summoned ones from the perk died fast too.

that works both in and out of combat

well it doenst work for me while fighting so a bug maybe ? it only worked when i didnt receive damage on the last 2 minutes, so having only 350 of HP receiving a 200 damage from a WOMBO COMBO and healing 3-5hp/s after 2 minutes of receiving damage is not very tasty :C

Sorcery is utility, not a combat replacement.

Yeah your right however they failed, by making you sacrifice your survival, your stat points, your health and stamina to be able to have a nice and cooler screwdriver

So super situational utility that debuffs me? What about the corrupted skills?

But dont be upset the 3.0 it is very good, it dont have some things i thought it would have (although expectations exceed reality), the sorcery in the staff part seems to be missing some spells because when you use magic to “escalate” some sections are left with nothing, as if spells are missing there and only has the ability to escalate.

Already did its viable but meta… no way

It is in group pvp