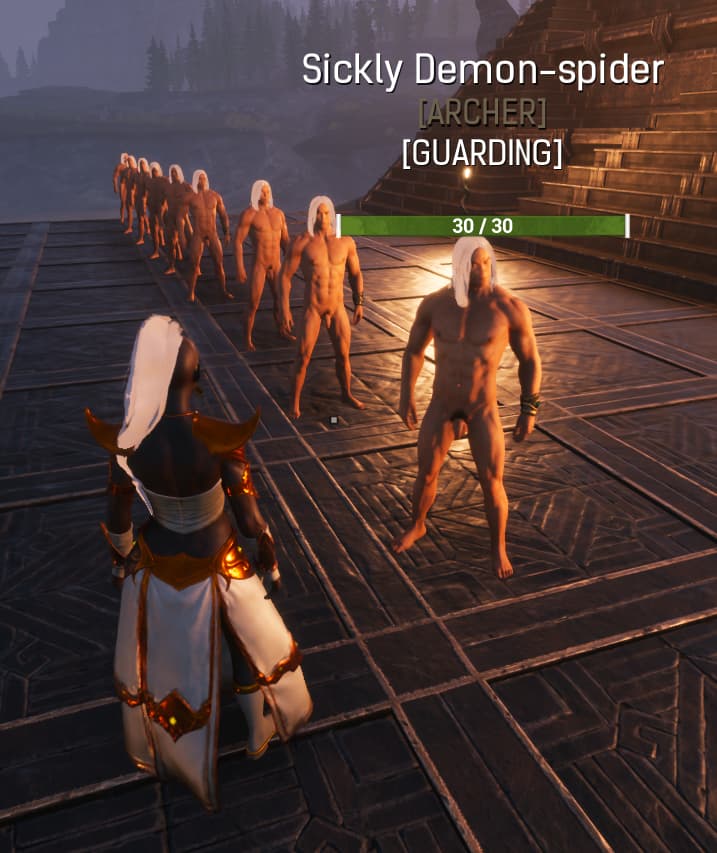 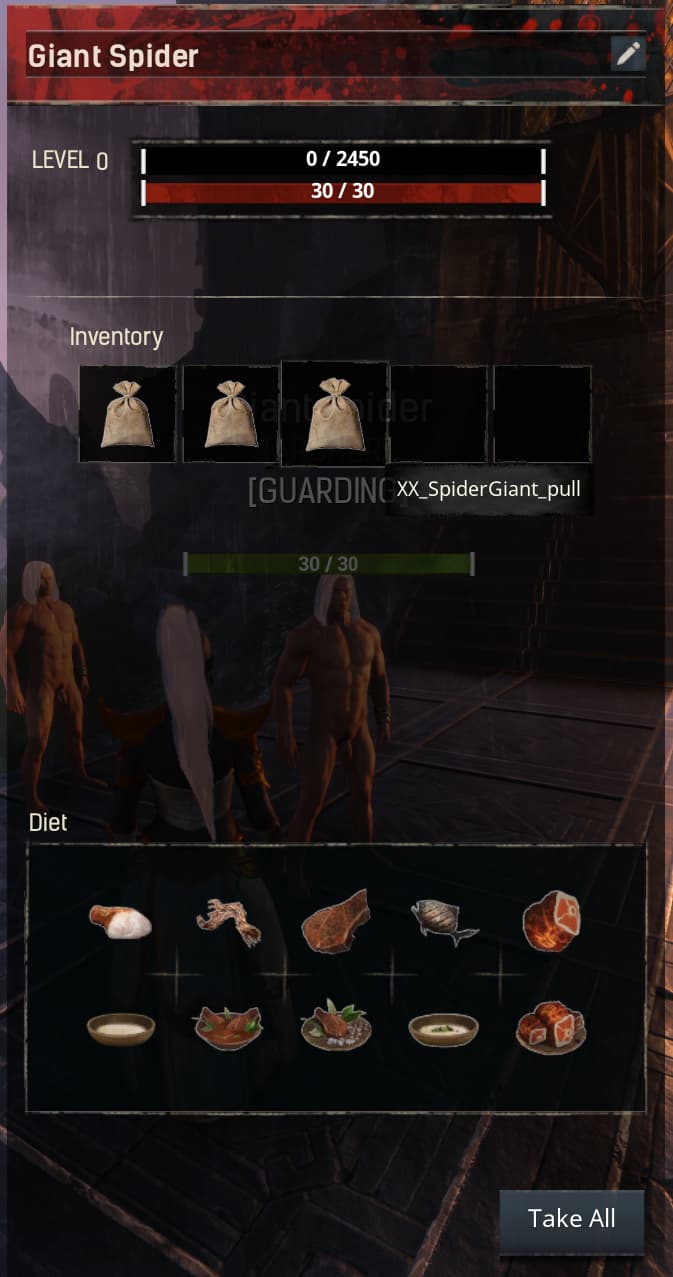 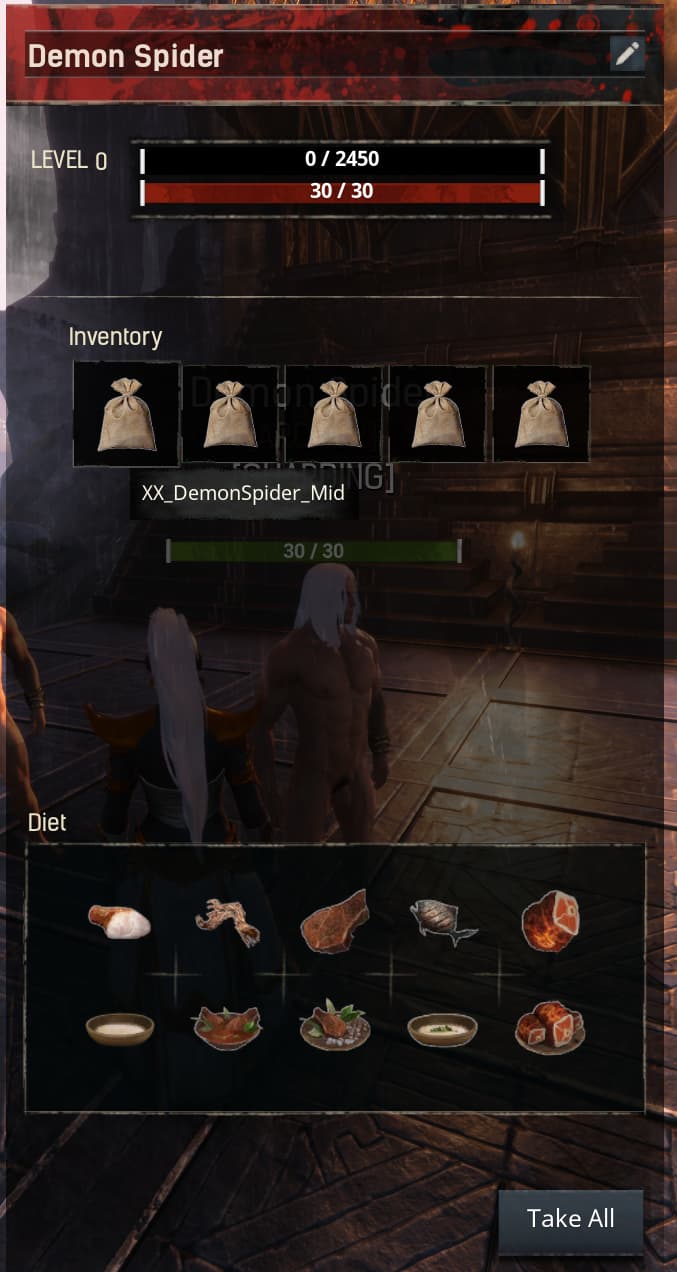 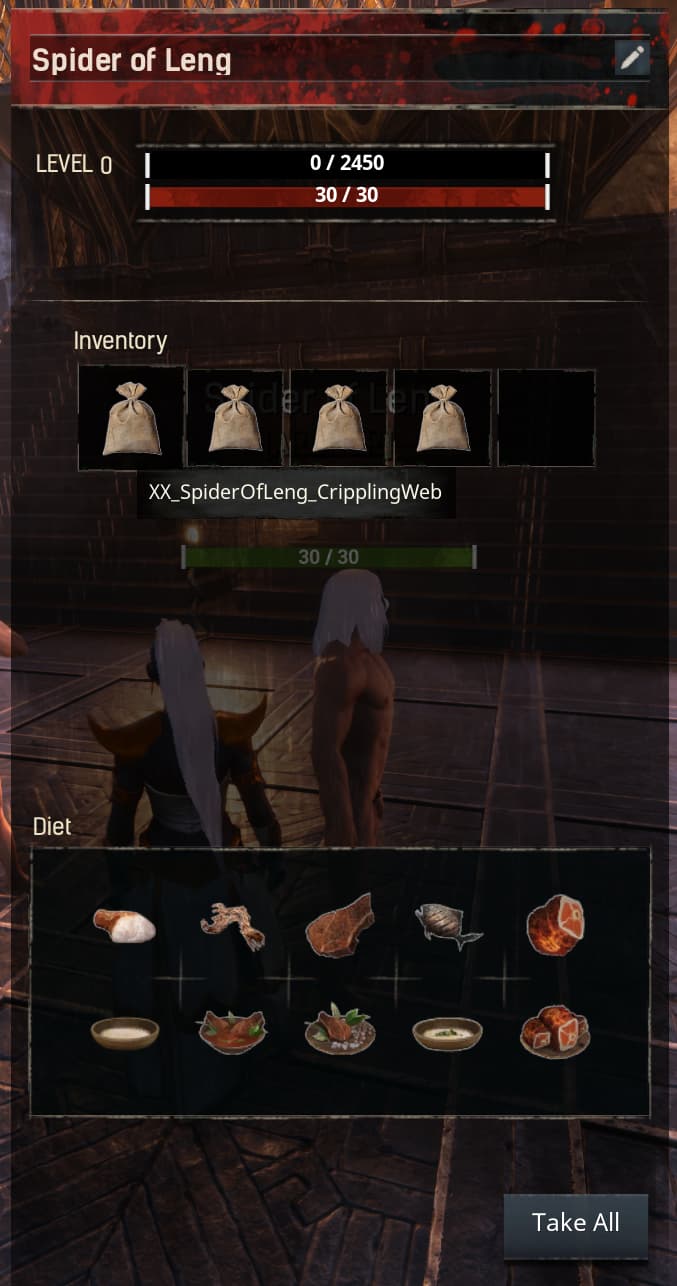 And grabbing one of the attribute container bags from the NPC and placing in my own inventory can disable all of my own character controls other than walk forward.

Aren’t those usually NPCs that aren’t meant to be followers? Because I can’t remember a pet by that name.
I think even before testlive those couldn’t be successfully spawned as converted followers. Only as hostile mobs.
But maybe I’m wrong. I didn’t try all of them.

Prolly right… And I’ll probably be highlighting a whole slew of bugs from this TestLive that have “always been there”.

That is definitely one creepy looking spider.

I don’t have a testlive, but this hapened before too.
In SP I often just spawn things left and right to see what are those and how they would serve as followers. But a lot of them end up (ultimately in the compost heap or in a pet’s stomach) as naked men just like on your pictures.

Yeah, there’s even an almost two year old thread about it - basically the same thing.