After 12 days of farming a thrall 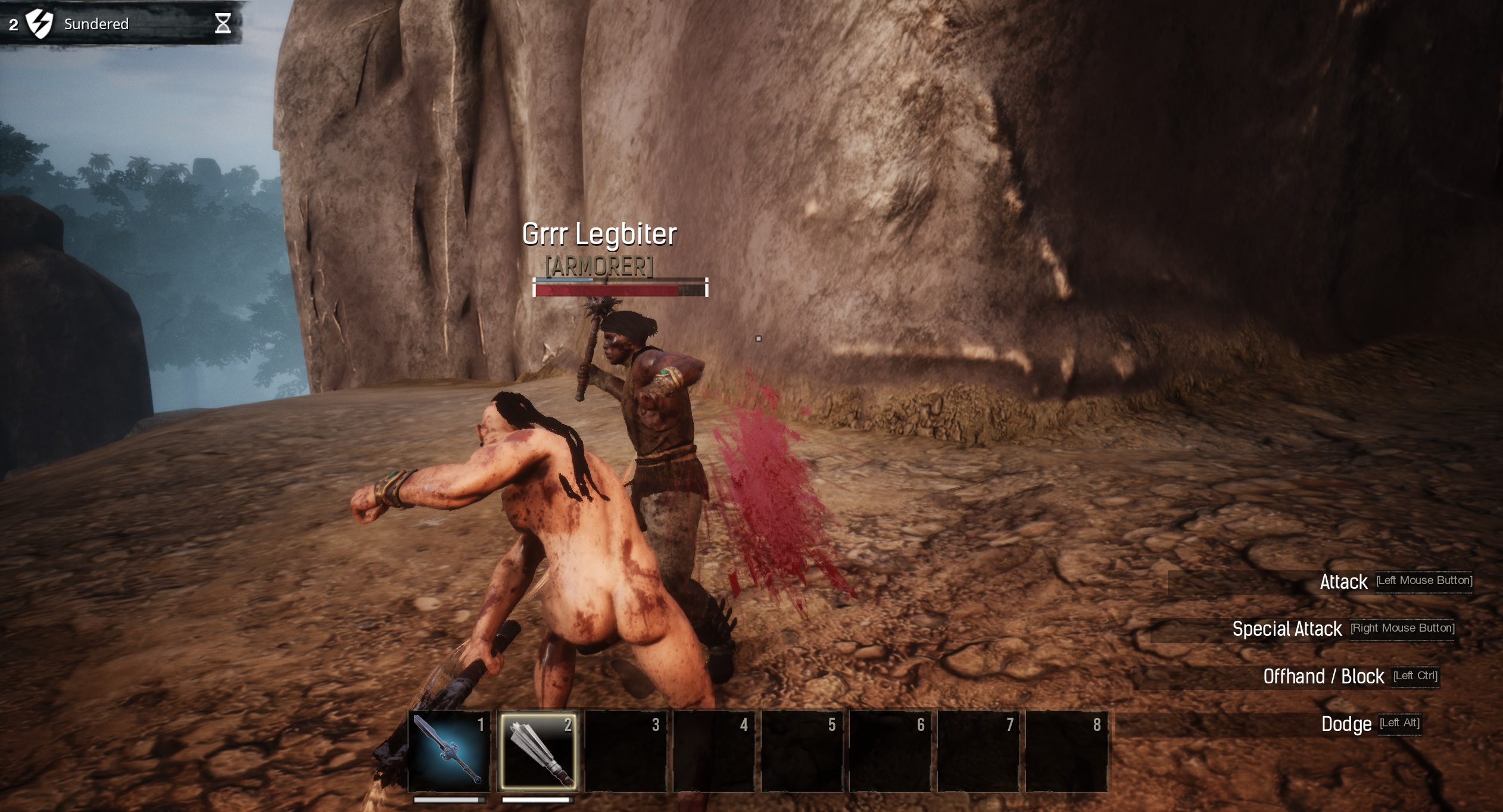 BTW i am not complaining … spawn rate of t4 should be VERY low. while looking for him i was able to get several others. and damn rare ones tbh.

Can you show on the map, where you found him… I got about 12 days available. Need to add him to my collections

there is an unmarked camp north of sandswept ruins. there you can find it., but spawn rate is really small i will post a screenshot of map later today!

That would be a camp on the hightest point you can get by the path leading up just north of sandswept ruins. I will be sure to check it later.
Still looking for Irniz of the Furnace, if she even spawns on black galleon still.

She spawned for me on the Galleon today…unfortunately I aggroed what appeared to be half of the people on it at the same time and killed her in the process.

I’m still waiting for Vatessa the Potent to spawn in the lower level OR Shendelzare.

I’ve spent the last week doing 3-4 runs on the Galleon each day for those results.

Ironically I got both Shendelzare and Ogrus but the one I wanted was Irniz. About the same time looking for her.

Here is a new video on the very same topic

Dayum. That changes everything!
Now I just need to cross reference to see if any of those can craft the legendary weapon repair kit…cuz then that camp is the final frontier.

Further more… it does shed some light on how Njoror seems to be so rare. I only farmed him for 6 days, 9 hours each… But if Grrr Legbiter needs 12 days, then I’ve merely haven’t camped hard enough.

they dont,. i got all the trhralls from that spot minus 2 armorers. (hunting them for trophy)/

Hm. Do any of you have Njoror Battleborn?

Just watched this one last night. I’m on my way to camp him when I finish work.

I saw a post of someone who went into single player and had his spawn point work like the video shown in this thread, kill the generic, one second later a new one comes, rinse repeat. Guy said Njoror doesn’t spawn.

That was like a month ago though, so dunno if anything has changed since.

And speaking of that video in specific, while it’s great if you’re playing single player or the admin of a server and can change spawn rates…you’re still waiting 10-15 minutes between spawns and he had a lot of trash spawns before he got something of value.

We’re talking like 20 spawns before something of value showed up. Do the math on the real time time investment in doing that. If you want to camp there for 3-4 hours to get a random T4 thrall, feel free.

If Grr Legbitter spawns in a purge, it will be much more reliable, it seens every purge wave has a unique thrall, or at least a purge with black hand pirates does.

grr legbiter is an exile, it will not spawn in black hand purge.

did you ever saw over official a named t4 crafter trhall?

and i have not seem or heard of a black hand purge over official neither.

oh i do it. XD i am missing only two armorer the rest (a large number of thralls has spawned tehre, however the important one in my personal opinion is Grr legbiter.

What I meant is at least on a black hand purge I had one named at each wave, the exiles purge I got only had one named thrall that I didnt capture, my archers killed him too fast.

are you at official or modded game?

Official when I had a exiles purge. Now playing single player testlive with official rates and purges. It only happened once (the black hand one) in single player.

Took me 14 hours and I have 1 of each thrall shown in the video from that spot including grr and irnez.
Told myself no more started to head back with all my thralls in my pocket and got a cannibal purge warning got to my base and got 3 waves all 3 had a named thrall.