We’re a relatively new server started by a small group of friends looking to build a long term community in a game we love. The server is US central and runs on a dedicated machine with high end hardware. Our combat mode is PVE-C with PVP always on. There’s no building damage (except for that darn purge) or sneaking around stealing other people’s stuff, and no one’s going to plunder your corpse unless you go to sleep out in the wilds.

We consider ourselves RP-light. What that means to me is that we love lore and the Hyborian Age as Robert E Howard created it, a brutally savage, gritty, low-fantasy world, with some Lovecraftian horror on the side. We are long time gamers, computer and tabletop. We love and respect role players, but if you choose to role play on the server it’s player driven and it doesn’t matter to me how much or how little you RP. Roleplay is not required and global chat is not in character. All we ask is that you choose character and clan names that are appropriate to the Hyborian Age, for the sake of immersion.

We are running the fantastic Savage Wilds map, with a carefully selected collection of mods that add building and customization options that add immersion to the game without significantly altering the way it plays. Most of the server settings are vanilla PVE-C, with the exception of a few slight tweaks such as 2X experience and 3X gathering with a slightly improved crafting speed of 0.7 and PVP not limited to any time slot. If this sounds like it may be right up your alley, we invite you to join us in building a new, long term community in game. 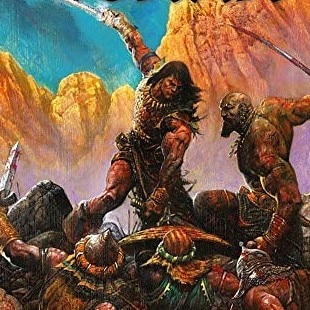 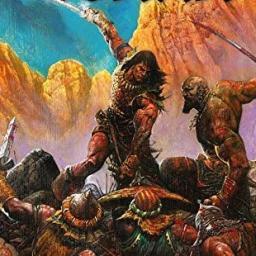 Join the An Age Undreamed Of Discord Server!

Check out the An Age Undreamed Of community on Discord - hang out with 22 other members and enjoy free voice and text chat.