At what point is a (benign) glitch a sin?

Funcom has provided us no utility for auto-sprinting, just auto-running. Considering a vast portion of our experience is often running endless kilometers, it was incumbent on me to find a way to induce the auto-sprint. This frees me up to check Event Log, chat with people and sort my inventory.

There are a few ways to make this happen, but I don’t think they are what Funcom intended. I really want to make a video sharing this QOL tip, but I don’t want to break the rules.

When does a glitch or exploit turn the corner and become “something unintended?”

I believe it’s on the way you use things, not just the usage. Even simple building can become annoying when someone plays only for him self ignoring all the others and the performance of the server. Some builders use glitch to create wonders, some others use this right to annoy. This is in all the glitch of the game I suppose

Well the rules say
Exploits are uses and abuses of game mechanics to obtain an unfair advantage over other players including creating a detrimental play experience through reduced server or game performance.

By that definition, a glitch that doesn’t give you an unfair advantage isn’t a bannable exploit (unless your auto-sprint impacts server performance).

However, I think there may be a difference between using a benign glitch you discovered and teaching other people how to do it. I don’t think you would be banned or the first, but the second is a bit more iffy.

However, I think there may be a difference between using a benign glitch you discovered and teaching other people how to do it. I don’t think you would be banned or the first, but the second is a bit more iffy.

Oh that’s good. Like the adage “your right to flail your arms ends at the tip of my nose.” I will think on this a bit, thanks!

I agree with stelagel on the morality of the situation; context is king - but there is also a more pragmatic angle to consider. It is less about what you will choose to do with the glitch, and more about what potential there is for someone to abuse it. I can’t think of what danger auto-sprint could pose, but I am not devious enough for PVP

If there is potential for abuse inherent in a glitch, then I would expect Funcom to come down more heavily than if the glitch is only capable of benign effect. Adding to Tephra’s point, I feel like this might be one of those times where it’s better to ask permission than risk consequences for something well-intended.

Its one of those… if everyone knows it, and uses it. Is it really issue then.

I always picture back to weapon/animation cancel in ESO. Its not stated anywere in game how to do it…(outside players) And is well known.
Its a clear advantage to those who don’t use it.

But game devs could never really fix it, and kinda embraced it.

I’ve triggered the infinite stamina one a few times. Along with over weight running/sprinting. Both clearly abusive.
I’ve trigger a stick to sprint once, (well twice in one go) And thought… wow, we really need a toggle for sprint on and off. XD

Sometimes you just have to let loose. . . 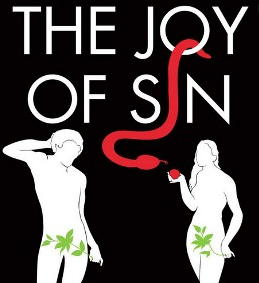 lol JJ I would but it’s more of a visual thing. Rather hard to describe. The way I have been doing it looks really janky, so I’ve been experimenting with ways to make it look less fonky. When I’m showing people my gameplay they’re always like “why are you doing that” and then I’ve got to explain to them it’s a way to run fast while being able to do other things.

Adding to Tephra’s point, I feel like this might be one of those times where it’s better to ask permission than risk consequences for something well-intended.

TLDR: In writing, podcasts and videos I have tried to maintain a rather reportorial or journalistic approach to my coverage of Conan Exiles, from the perspective of a massive consumer of it. And while I have accepted titles and boni, my intent is to continue making content that asks no permission. That said, consideration for the playerbase and the overall effect of my actions should outweigh any QOL benefit.

An excellent analysis of the importance of objectivity (and the appearance of objectivity) - and to be fair I was thinking far less in terms of your potential role as a trusted source for info, and more about the possibility of negative consequences for you as an individual. It is definitely an interesting juggling act - for any praise you might offer to the game to be viewed as reasonable, your ability to criticise must not only be unhampered, but must appear unhampered - and that latter is far harder to ensure. I’m glad we could offer you some thoughts, but I don’t envy you the decision, even on something so seemingly benign. However, I’m confident that you will do the right thing (or at least what you believe is right - which in the end is all that can really be asked of any of us)

It’s the sin of gluttony to eat a whole cake.
But you can have as much pie as you like…
…Because the sin of Pi is always zero.

When it comes to abusing it when you use a maproom (yes this is currently done by players), it IS an exploit IMO.

You are supposed to stand still when teleporting.