Back to the modding jungle

After a hiatus I took from all the storm it was to mod, I will be back to banging the head on the proverbial wall of modding customization, while the devs gently do not get the block of customization out of the main AB and make customization work easier on modders and themselves, as it would not tie customization elaborate work to the works of all the basic systems in the main AB, whereas anything changed on those areas means splashing on the customization systems, hence the blips.

For now I will just get the mod to work as it was before, and try my best to avoid getting caught on that “sausage fest” (it is how a certain demographic of developers call the practice of stuffing everything in a BP, Block of Code, etc) that is the AB human male.

More on the mods and stuff, reach me on discord: ESAV Gaming

For now some pics of how it was before and what I will get back to:

Update Aug, 23th: The draft documentation for the mod can be found here: 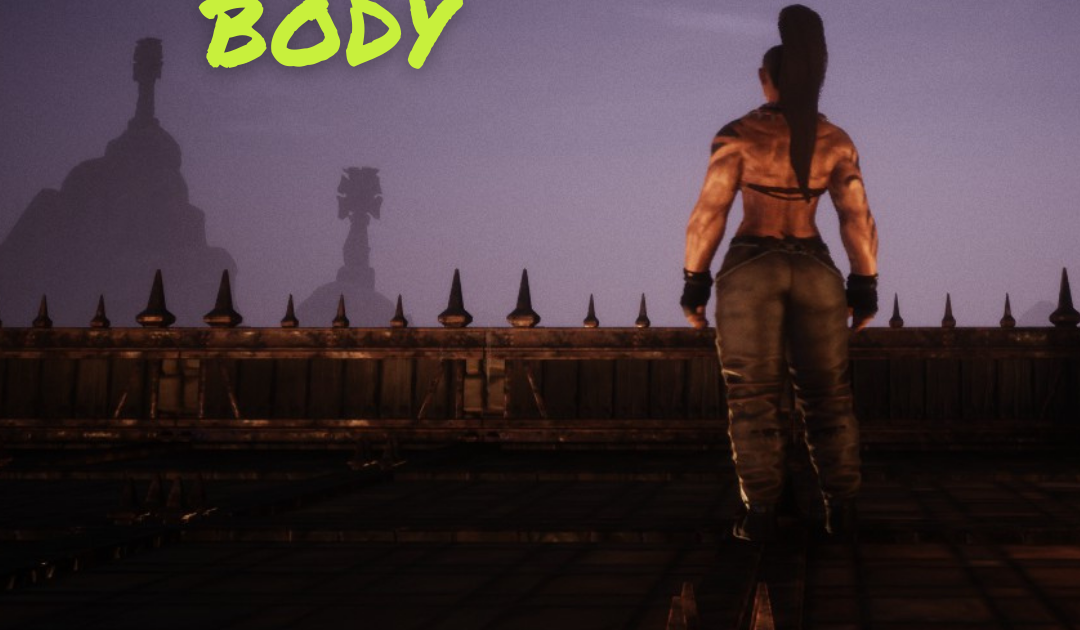 Human Material - Character Customization There are many items to change many sizes and positions of the character's body. From the admin p...

Mod is “working” for solo and co-op as expected, with the exception of the Mirror Gem, details below.

As I am not using the actual mesh, instead the material precursor of the material used in the mesh, and animation, this mod still works with other mods which does use the mesh, like Aquilonian females. As I use additive derived bp, mods which do not alter the AB, and instead derive over it still work, like some of the armor customizations.

The mod also do not use the animation system itself, so any mod triggering animations will still work with it.

The Mirror gem which would transfer appearance to another player or placeable thrall character, is not working properly and should not be used at this time.

The gemini gem works, and transfer the appearance of a placeable thrall or player character to a worker character.

The sbm gems, which change bodyshape are working, as the debone gem which removes all customization. I have not tested the server workings of them, just solo and co-op, as those are my primary users I can get feedback from.

After I tweak a little more the basic functions, if someone try it in a server, I can address any issues it might present.

Meanwhile I will be working in placeables mod, and levels. They are simpler.

This is the mod about buildables and thrall behavior.

Shaping up the customization mod.

Now some real sculpting at the Muscle Beach in Siptah:

Still working out my own mod in regards to really sculpting a body, but the model I am basing this character is tricky to get the proportions right. lol

The patrolling thrall feature is back

Thrall Instructions is back on track.

Now on top of patrolling, you might leave instructions to your thralls do things when they reach a point. Parsing is being tricky, but conditions will be available, like do emotes when someone is around, attack other characters only in certain points, or not attack characters in certain points, get things, drop things.

Notice that every one of them walk around and just stop, but the one who standing in front of me, and only when she stands there, wave.

One thing must be observed though: Due to engine constraints, Thralls can only perform “superior actions” if they are in the presence of a player (any player, not only the owner). The engine does not allow for thrall processing in certain ways if there are no player controllers at reach. So that might restrict things you can do. However, to illustrate a solution, I might paraphrase some other universe:

“Without its master’s command, the restless Thralls would become an even greater threat to this server. Control, must be maintained. There must always be… a Player Controller”

If you get what that means, sure you know how to make it happen. Just dont try to do it if you are not the owner of the server, please.

Another mod brought back. Recipes and changing of feats.

There will be some adjusts needed as it was brought functional for the latest update of the game, but not changed in terms of values for items.

The Law and Order mod is back. Teleporting nodes, renting and building permissions.

The old tunnels I recovered from an old save:

I will have to check out your mods especially the thrall instructions/patrolling one.

The instructions and information pages can be found here:

The Human Material mod changed its home to a new link, as the new version is incompatible with the old one. The new one wont be able to carry on the creations on the old one, unless they were stored in a scroll, then they might still work.
The new link is here:

The patrolling mod will be updated in the next days from the test version, but this one WILL BE COMPATIBLE with the old one, and will retain the patrol lists made. It will add a scroll similar to the Bone Scroll, but it will serve to store patrol schedules, to the same end: share, store and edit manually the patrol order.

Thrall Instructions can store patrol points, help the player get them in text form to store in backup as a text file, and change the patrol schedule dynamically.

Extensive paths can be created by just placing the Instructions in the right places.