But this is song against Neo Na*is.

But this is song against Neo Na*is.

Sorry, WHAT! I don’t know where you hear that, because then you definitely don’t know what they sing. It is a song against the cruel society. And that you must do something when you want that something changes.

Official description:
The song is about the guilt you have for not doing anything about grievances. Most people ignore warning signs. The song appeals to reason to take action for a better world. This should not be talked out of by those who are afraid of change and want everything to stay the way it is. It may be that they condemn such actions, for example classifying actions as activism or terrorism. Discussions and demonstrations are important, they have the power of the word.

M8 i live in germany and i know the band. I was at many concerts of the band. That is a song against the b***** of the society and against na**s.

But it doesn’t really belong in this thread, so I apologize for quoting it.

well, they said you u can earn crom coins that those can be used to buy the next battle pass, however the catch is, you will be so tempted to use those in the shop, that you will end up buying the battle pass again, so yes, this crom coins are actually something you get , and the store will be the bait for you to use them,

commercially speaking is brilliant, and they will squeeze much more money than they were doing releasing the DLCs, (they know this, reason why they did it)

hard core fans such as myself, will end up buying everything, (do hope we get a package deal for the store, (like buy evertyhing for a good and meaningful discount)

QUESTION , using the store, can we buy an item and gift it to other people? whaat if i want to send a gift to one of my guild mates?

For those, who worrying about Fomo, I have bad news - it’s already in game since EA (Royal armor, Conan’s Atlantean sword, Watcher pack and Warthorn rhino says hello)

Benefits for the company:

Well, duh! And I seriously doubt there are any such studies. Studies proving that two plus two is four aren’t needed - as it is already common sense and well known.

Sorry, I just had to point that out.

It’s also forces the collectors (and as you can see from this thread, there are those that don’t want to bothered with playing and just pay for stuff) to play which drives up the Game’s metric and therefore pushes a metrics level marketing strategy. 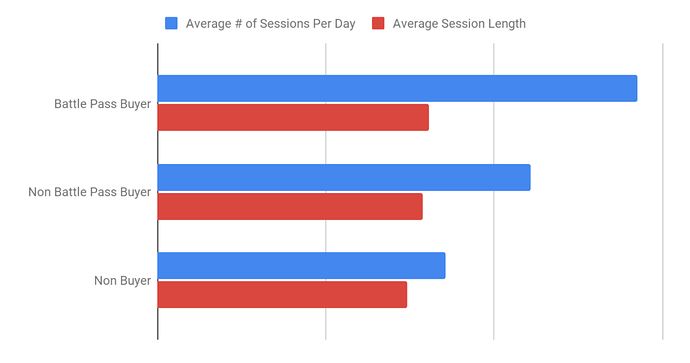 If you learn that during your studies your prof. will find all kind of studies you never thought there are some for.

That’s not a study… that’s a tally. And I’m not doubting the premise.

Here’s another one for you and one which is just as useful:

People who eat more than people who do not eat, poop more.

In combination with percentages to mathematically proof a point, written down in a paper, this is considered a study yes.

Because no, buying the pass does not necessarily mean that the person who bought it is also going to play more. Since people rather buy levels sometimes or disregard the pass and stop playing anyways. Just because it might seem simple doesn’t mean you don’t need any numbers to back this up. Imagine being the marketing expert from funcom and just telling them: 2 + 2 = 4 eh? So just implement a battle pass.

Unfortunately, they have fata thatvsays otherwise. Yiur poll is nice ti have, but FC (Temcent) didnt make money by not doing data research that far outweighs our forum polls.

My feedback was combined with this one. I am against a battle pass. Emotes should be dlc only added. Same with armor packs and buildings. Adding a battle pass makes this game no longer Conan Exiles and more like Fortnite.

Hello, I have read opinions like my own but I just want to state my point of view.

I think that items should not be gone from the store after a battle pass, an age or wathever expires. That items can stay with their prices just a bit raised. The reasoning behind is if a vanity item is good (be it a mount, an armor, a weapon) I will buy it. If it is part of a battle pass, then yay it will come just playing the game. If not, then I will save crom coins a little longer and then buy it. The developers only need to make sure they offer good items. If they are really good, people eventually will buy it. I don’t think that removing items permanently from the store helps anyone. Seriously, you dedicated some resources to create good content and just because i couldn’t play on that time frame you just won’t sell them to me?

PS: please excuse my english, I’m not a native speaker

Fortnite is a favourite example of monetization gone awry.
While it makes significant money, it does so partially with pay to win (honestly, more like pay for advantage, but the phrase is the same) costumes. This one thinks it is largely by accident. They thought a skin would look nifty, and no one reminded them that having an outfit that is an all green humanoid makes it extremely easy to vanish in most maps that use that, or a similar, green for it’s grass, or that a Groot costume becomes basically invisible in a forest map, ect…
They often correct the matter after an uproar.
For those who have substantial sodium chloride, it is noted after the purchases are already made and the advantages had.
As there are full blown Fortnite tournaments and weekly cash prizes in the hundreds of dollars, this becomes a much more odious arrangement.
There are other reasons people despise the Fortnite monetization model, but those have been beat ad nauseam in the thread already.

For some players, there is the worry about a slippery slope that will start with cosmetics microtransactions and a battle pass, and end with the way Epic games runs their show, both in monetization style, and in general tone and structure of the game.

This one perhaps answered a rhetorical WTF…
If so, apologies. This one blames the fermented honey.

First time back to the forums in ages. (Bought the game in early access)
Saw the Age of Sorcery and was ‘wowed’ by the logo and what I saw in the trailer.

Then I saw the bit about Battle pass,
(my friend and I had our immediate opinion - from, ‘coming back’ - to ‘not worth the time’)

So, watched a bit more on the 2hr stream and came here to see ‘what the vibe was’

Low and behold, your title caught me… “Battle pass feedback”
But, it was more like click-bait.

Let’s see if I can help you with some of your queries/comments.

01: “Funcom is a business and needs to make revenue goals”
Yeah, heard Andy say, “gotta keep the lights on”
QUESTION:
You are aware that Elden Ring made more, in approx. 2 weeks, then the highest earning ‘games as a service game’ did over a span of years? (Look it up)

So - about that ‘needing to keep the lights on’ - seems Elden Ring/Witcher 3 disagree with who can keep it on longer.

02: “I fail to see how battle passes and shops are any different than dlcs.”
Simple:
Time/‘false’ scarcity
I am GenX and absolutely love gaming.
(Mainly single player as MMO and any other game is tarnished with games as a service)

Went from Skyrim to ESO, and what do I get?
Another friend and I, who play together, spend most the time in inventory management.
(As they want you to pay monthly for that crafting bag - and fill up your bag quickly with useless junk)

Then go and play some more games…
MTG-Online, HearthStone, etc - automatically things you have to do that day to ‘claim this and that’,
to ‘get this and that’… ‘now’.
(MTG- Online had a pet racoon that was time limited, but only offer 1-2 pets in the store) lol!

Go to WoW - I mean, it is designed around users coming in monthly.
So yeah, while its a well hidden ‘grind’ - best out there.

So… you still dont see the difference in DLCs?

It affects role-playing, my friend - there are those of us that play games, because… they are games.
A world, a story rich in its tale - immersive - an ‘interactive movie’ (Death Stranding)

03: Tencent
Whether you like it or not - artist are always going to do what suits tell them.
And most of the time, suits have no idea what makes a game good, and ignore success from games like Elden Ring and Witcher 3 as being ‘the exception’

Rarely do you have management that ‘gets it’
Took AMD some time, some failure, to wise up and hire the lady they now have as CEO of AMD, who went to MIT.
(Think of it - Bobby K. was just put back on Blizzards board after all the kurfuffle by 80% of the share holders… as they are certain he is making good money, not wondering what would happen if somone tried an Elden Ring with Blizzard.)

04: Not buying DLCs
Listen, I bought essentially every DLC except the last couple.
Got tired of seeing cool concepts, but - what felt like - minimum effort put into making the pack holistic.

I get it… they want to have a yearly release/expansion now (“Age of this” and “Age of that”)
And every 3 months have a new chapter (They looked at ESO, I guess…)
Funny Eso looked at GW2 and left out some of the key things that made it work.

So… you ranted, and you said “flame away”
Dont have any flames… the fact is, you either are down with it, or not.

For me - I want to get in the world, and get lost in it…
forget about the outside world at that time, and enjoy the narrative, building, etc.

Not be stuck in a ‘grind’ for the day - or ‘not have access’ to something that is there - but, heh, we aint gonna give it to you. Maybe if it was not in the game itself, fine.
Like ignoring expansion. But having it in the interface - dear lord… my main gripe with Diablo Immortal

This one blames the fermented honey.

I don’t understand what you mead…???

Oh Bryan always the same with you.
No matter what you post, it’s always a pointless comparison.

You are using two of the biggest franchises in video games, with budgets in the hundreds of millions of dollars, and hundreds of developers on staff for JUST those games, and Elden Ring with the buzz of having the Game of Thrones writer behind it, as an example of why Conan Exiles does not need funding??? And even if that was somehow a fair comparison (and it isn’t even close to one), do you see the Witcher 3 still being updated as of today with new content?

I am not even going to attempt to read or respond to the rest of the feedback. This comment alone is mind numbing as it is.