Recently purchased the Isle of Siptah DLC to make ridable rhinos, loaded up the game and I was then able to make the rhino saddles. I can’t, however, learn the Turan Pets feat despite having the prerequisites (it shows with the dlc arrow even though I own the dlc) Same for the Totemic Pets and Yamatai pets.

Am I missing a step here to learn these feats?

I would provide screen caps but it won’t let me yet.

Edit: I forgot to mention that I have the stormglass unlocked it’s just the pet feats that are not working, should also mention that I’m connected to a dedicated server on a different machine.

This also is not unlocked on singleplayer exiled lands map

It also is not working on the Isle of Siptah map

Make sure your DLCs are properly installed: 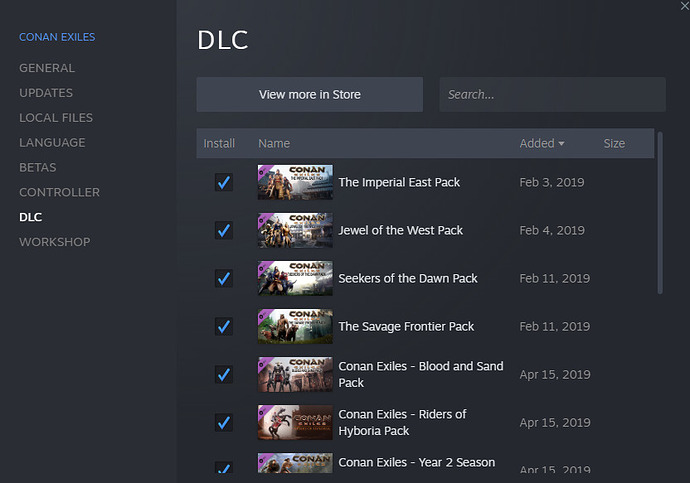 For Yamatai pets, you will need Seekers of the Dawn and for the turanian pets - Treasures of Turan. Both of those are separate DLCs and have nothing to do with Isle of Siptah.

Oh, that explained it. Thank you