Sorry about that, then my answer was kinda glib. For whatever reason I thought we’d been in the same thread about a similar subject.

This is an observation a few players have made, and have created good source material for working around it. @Wak4863 is one such resource.

Don’t think for a minute that I believe these are workable solutions for the long term: leveling Amzadi in wolf territory while gathering pups is harrowing enough without having to undress her sort-of on the fly. #hadtohappentome

Confirmed. Archers are by the worst affected. I am Freya. Cuz I used to have an army of 250 Freyas at one point. So its nostalgic.

She’ll either stand there doing nothing or switch from bow too sword every second causing her to spazz out and lock up. I just gave her a bow now.

With just a bow she is sort of ok. But often can’t decide if she wants to participate in the fight.

I hope this gets fixed

Lots of topics in this topic, Let me see if I can address this all the way. Nothing I am going to post in this should be interpenetrated as the way it should remain. There are issues with weapon swapping and the AI that need to be addressed by Funcom. The information and videos are simply the way it currently works in game and a way to work around the issues that are currently present.

If you find yourself in a situation where they are bugged you can use this video to get the unbugged.

If that isn’t enough for you to believe that thralls don’t have a weapon preference as it wasn’t for many of my subscribers here is a video you can watch that will give you a first hand look at how the thralls use different weapon types. I’ll let you know up front the video is almost an hour long, I only included 1 filming session for each weapon in it though I ran the test multiple times with the same results prior to filming.

Thanks @Barnes for bringing me into the conversation, Hopefully this helps you all in your gaming experience with Conan Exiles.

Good Luck out there Exiles

I don’t know if this is relevant, I haven’t had time to fully explore the issue.

But I have found if my thralls weapon is in any other inventory slot other than the first one on the left,
they don’t attack.

Placing their weapon in that slot and all other items, food etc, to the right, seems to work.

But like I said I have only just observed this, and have not fully tested the theory.

Can i be a whiny b*tch and just want the thralls to aggro normally, or at least defend themselves and their master?

I think we’re all right there with you wanting the same thing! These work arounds can drive a person nuts, especially since they only seem to work intermittently.

Excellent demonstration of what’s going on inside their empty heads, maybe this will even help the devs narrow down where the problem lies. Appreciate this more fool-proof workaround until then!

Sounds like we must send you top Funcom labs 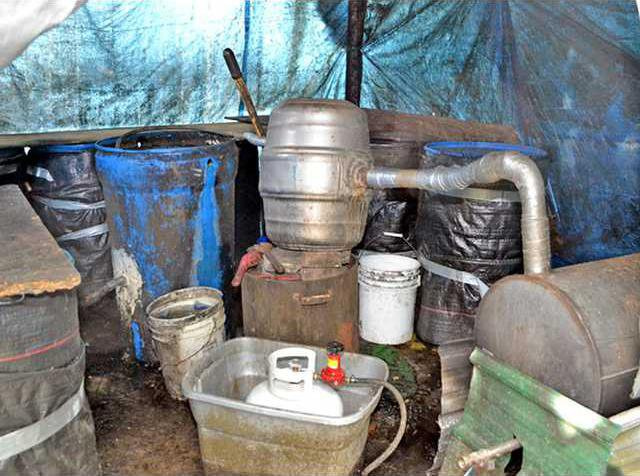 haha reaching for stars on that one lol. Dev tell us knowledge lol funny stuf!!

When you get it, the thrall engage immediately. I have found this if it can help.

So ill go ahead and say it…we the players should not have to have hours of discussion about how to find solutions to a bug that should have been fixed like what? a year ago? We spend a lot of time on these forums trying to find work around’s and solutions to things that shouldn’t be bugged in the first place. No sweat a small bug here or a small bug there but this game has become a nursery rhyme of here a bug there a bug everywhere a bug bug…

I find this happens when a thrall is kind of stuck mid combo with its previous weapon, a short work around I find is, give him back his prior weapon, let him kill something finish his combo then switch it back

Yea like 3 years ago when they said they are working on AI, sure thing bro, sure thing!

World of Warcraft hunter pet abilities is what you describe

We’re sending thralls, pets and whoever might want to be considered a follower to a training camp (The Wheel of Code

) where they’ll be trained in tasks such as attacking any real and immediate dangers in their vicinity, not using magic to make their equipment appear and disappear into the magic realm of secretinventorygate, and not staring at the horizon while sheepishly drooling. They will also be shown a few new tricks in the process.
This trip is currently taking place, with new and shiny trainees expected to be graduating over the immediate next few promotions (some like to call them content patches, but that sounds outrageously silly).

Thats good, it would be also good if we could tell them to attack even outside raid hours, you know, those pesky rats wandering freely in our gardens.

@Ignasi - please tell the code taskmasters to spike the gruel with something especially nasty that will hurry up the retraining and allow these new improved thralls to appear in the world … and to stop being coy about the training duration and give us an e.t.a. please.

One fact is that archers do have a “range” of min max to decide to use bow or not. fighters and other followers do not. there is are 2 under the hood settings that are 400 and 900 i believe. And in all my charts i have been trying to organize, only archers have this.