Twitch VOD can be found here:

Exiles! Join Dennis and the community team as we tackle more of your burning questions! We’ll be going over comments from social media, the forums, reddit, etc., but this thread is open if you’d like to leave a specific question. Plus, it’ll make our lives easier to collect questions!

We’ll definitely be on Twitch.tv and, barring technical issues with our new setup, we’ll also be streaming on YouTube. Embeds can be found in this post later.

When is the testlive for 3.0 released?

Admit it. Patch 2.9 is bigger than 3.0 because it fixes Lasting Feast, Cimmerian Feast, and implements the Mummy of the Ring wink wink

Will buying a full set of cosmetics (building pieces, armors, weapons, et al) cost more after 3.0 than it did when it was sold in a DLC set? If so, how much more on average?

So, first of all, thank you for the continuous and amazing work on the game.
Now the questions:

Thank you so much again for your work and effort. It’s been some amazing years already playing Conan Exiles and I’m excited about the future.

Have a great day!

Hey there! Since the avatars came back into the game the PvP aspect has grown more and more towards just nuking each other with an avatar. To the point where it became unplayable if you wanted to have a medium size clan with a functioning IRL. Because farming 500 zeals for avatar protection every 48hours really puts a strain on the fun-ness of the game.

It is way to easy to get an avatar, and way to hard to protect against it. A 10 man clan can farm one in an hour and lay waste to hundreds of hours played by a medium size clan that just don’t want to spend their entire playtime farming 500 zeals every 48 hours.

And making the workbenches so big makes playing hide and seek impossible.

The total of this experience made me quit the game about 5 months ago. It was just full out nuke-war with avatars and no fun pvp any more.

And the reason for this entire post is: I want to keep playing. I want to get that good pvp experience back.

And one might say: “Just go private server and turn avatars off”. But yeah. Private servers usually end with:
A) Admin abuse
or
B) Server taken down.
-I do in fact host my own servers. But I don’t want to be playing on my own servers because i want the players to be sure there will be no admin abuse.

So my question is: Can you please put up some official pvp servers without avatars. And if not, why not? (Not being sarcastic)

With 5000 hours played and loads of friends from the community I can asure you I am not the only one doing a comeback if this we’re to come to life. This would be good for Conan Exiles and this would be good for all those PvP players wanting to come back to PLAY, not farm tokens.

But again. I just hope we could get a few official servers without avatars. That would be sweet! Thanks, and have a good one!

Please can you confirm if greater hyenas will be fixed in this patch, they have been impossible to get for too long on Xbox and after several forum posts nothing is being done

Are you going to look into your moderation system on the official servers? I am speeking about:

Cause it was at Zero, and I felt bad for it…
…also, I’ll be asleep… If I’m lucky and don’t work. I’ll sleep in… or catch the stream XD 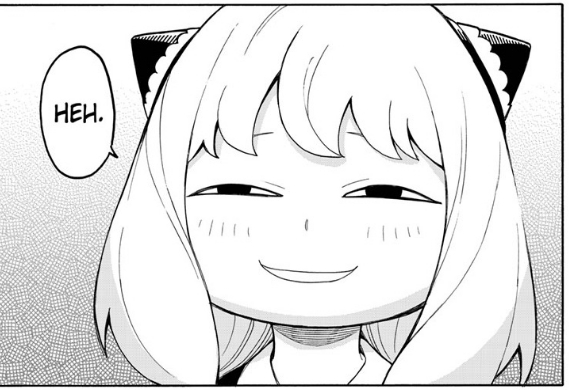 Few of old building pieces that have been, just not working as intended, or maybe as intended. Or need a QoL pushed out.

Triangle Ceiling tiles needs a base part to connect, Can they get a attachment to side as well, if even only +1.
I love Tree Top Foundation base… If you want a section open, (cause its inside) you can’t cover up holes with out Wooden Support Strut. It be nice to have all6 on top (ceiling pieces) closed.
Not need 3-4 Supports holding each one up.

Which leads to Stable Fence Pillars, which STILL can not have stuff attached to the top… maybe its intended. It would work so much better as window piece if it offered Support. Or just worked as a wall.

If its Intended…fine… been asking for years. Seems to never get mentioned. 2 of those small QoL’s bother me for years.

I just want to know how much things will cost. FULL STOP. There are better things I can do with my money, especially in these financially restricted times we are living through. I didn’t mind paying £15.00 every 3 months, or so, for dlcs, but I refuse to pay £15.00 a month for the battle pass and Crom Coins so that I can have those building / item skins.

1) As the community will most likely lose Pippi Mod, is Funcom somehow involved in that behind the scenes? Perhaps making their own admin tool part of the base game?

2) Is there a way to make things built in Creative Mode to not give any resources back when leaving the Creative Mode and dismantling the building piece?

3) Will the modded Feat IDs, Recipe IDs, Armor Pieces, and Weapons need a rework or just a simple update with 3.0?

Thank you and good luck with the launch!

Most of you have already asked the questions I wanted to ask, so I’ll ask another.

I look forward to replies on behalf of SFR Roleplay And Conan Exiles Hungary group as well.
Thank you.

Let’s say the new attribute system is very unbalanced and forces pvp into one type of play, how soon can we expect there to be balancing changes to allow more variety? During testlive? Within weeks? Months?

I would like to have an answer whether or not you are still able to pick up building pieces into your inventory, and place them from there, after the new building system is introduced into the game.