I’ve been seeing this meta alot: Accuracy to 4, 4 light shots with a dragonbone bow will kill anyone. Folks auto target, circle around you and pow you are dead. Let alone that the accuracy 4 perk makes just about any weapon do more damage (because of armor penetration) than a strength stat. So, pvp has evolved into folks just shooting arrows at each other.

In group pvp, the advantage appears to now go to not the aggressor or those whom can 1v1 or 1v3 peeps but those whom run away and/or stick near their thralls. As, the thralls will one shot you.

For horse pvp, every heavy shot appears to count as the 4th hit of that weapon, so axes and spears cause bleed with each hit. And, it appears you get this advantage, let alone the strength increase, during non raid hours against other people whom can’t use their thralls if they are not horses.

So, basically, shoot arrows and stay near your thralls for pvp. Use horses during non raid hours (albeit knocking folks down with horses during group pvp seems to allow other teammates thralls to finish them off faster).

Where is the skill in that?

This is why I play on servers with autoaim/ aimlock disabled. Then it still requires skill to be range focused in PvP. As for the thrall issue, I posted a potential solution to this in the “Thralls OP in PvP” thread. All we would need is a debuff for thralls that are on follow, one where they take increased damage from players when on follow, something like 50 - 100% damage multiplier when recieving damage from a player would do the trick I reckon.

Go to BattleBorn if you want decent PvP.

They have rules that prevent this nonsense.

Never tried it. You mind giving a quick break down of raid time settings and such? if it’s too much to ask then no worries, I’ll check after work.

Do not do anything which deviates from the intention behind all rules.
The rules are in place to stop scenarios from happening. Figuring out a way to achieve scenario and by-pass the rule is not allowed.

The toxic elitist attitudes are not welcome here. 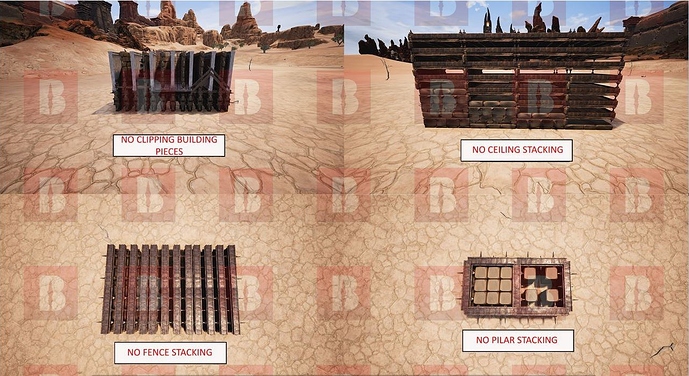 Really appreciate it thanks man. I may just check that server out, looks interesting.

Guessing this is pc?

How in the flipin world, can you stack pillars like that

Invisible weapons? Never had that in my playtime… But then again, I play on PS4.

Sometimes desync happens when your connection is a potato, like mine. Other players will repeatedly appear with no weapons, on PC or PS4, and it’s my fault not theirs. I’m the one who needs to remove bracelet or relog in this case; telling my partner with the invisible wep to relog or kill himself, while satisfying, does not work.

Those are just examples of things that a standard Conan player will never notice throughout his gameplay. The same thing with ceiling intersections, which prevented explosive jar placement (I heard Funcom already fixed that) or arena ceilings were banned in the rules for a long time as well (don’t know why).

the pvp player has done nothing but adapt to the still evolving situations. the good player prevails over the weaker player regardless of the use or not of various combinations of perk or armor

Arena pieces have a unique property. They do not dismantle immediately, and can support weight even though technically destroyed. Try dismantling a wall and you’ll see it still stand. Now try punching the dismantled wall that is still visually there, before it is “swept away visually” by the server. Now do it holding a pitcher of red sugar water and yelling “OH YEAHHH!”