Experiments in Lunacy has been one of the most active Savage Wilds PvE servers since it’s release in Feb 2021. Since then we have spent countless hours adding new content to bring a challenging, fun, and balanced atmosphere to our community. We are a PvE server, with fantasy background, but are not a RP server, giving players full freedom to do whatever they wish!

The Lore:
Thousands of years ago, a pantheon of gods and immortal creatures made first contact with the humans of the Exiled Lands. At first both races of human and god where respectful, and amicable, until the immortals started taking humans against their will. The resulting aggressive and traumatic union of man and god resulted in the first wave of demigods being born into the world. In a truly predictable turn of events, the gods soon became fearful of their powerful and spiteful offspring, which caused them to slowly turn into twisted, distrusting, and cruel beings. With tensions eventually reaching volcanic, and the gods becoming more and more unhinged, they rounded up all of their demigod children, and abandoned them in the Savage Wilds. Many years passed, and still to this day, battles between parent and child rages on, known as the Experiments in Lunacy, with the Savage Wilds forever being home to discarded unwanted offspring. You are the children of the Mad Gods.

NO AoC or EEWA. All end game content is custom. 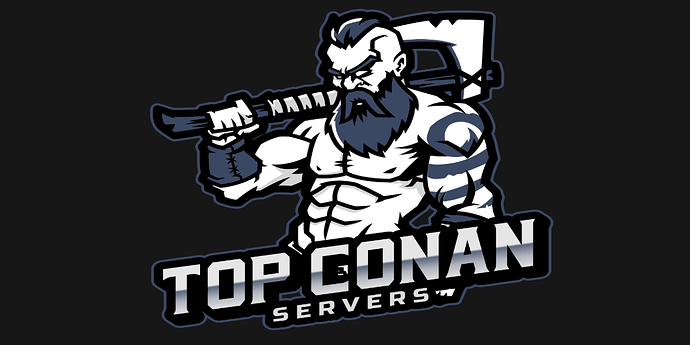 Experiments in Lunacy 2.0 is currently ranked #14 with 7/20 players online.

Heart of Darkness - A Mitra preistess has gone missing, and her friend has a bad feeling shes gone the wrong way. Small one boss difficult boss creature. Recommend 2-3 players, repeatable every 24hrs.

Hairy Situation - A triber of Hyperboreans in the Last Refuge dug up something they now wish they hadn’t… a hard difficulty medium size dungeon with great XP and loot drops. Recommend 2-4 players, repeatable every 24hrs.

The Ashlands - Heavily inspired by the Firelands from WoW, this large open space provides unique loot and gear with the choice to only fight the fights you want, and not have to murder everything to get that mount you wanted so bad!

Erôth Nein Mines - The Dwarves of the mountains delved too deeply here. They saught treasure, without considering the terrible cost, now, their ancient mine site is overrun with all manner of hostile creature. Fight through several cave systems fighting your way to the end, and glory!

Sanguine Manse - This multi stage puzzle inspired dungeon will test your wits and patience, with a heavy focus on using your brain, rather than your braun. Work your way up through three stages to the end, and uncover the mystery behind the Master, and his lair. 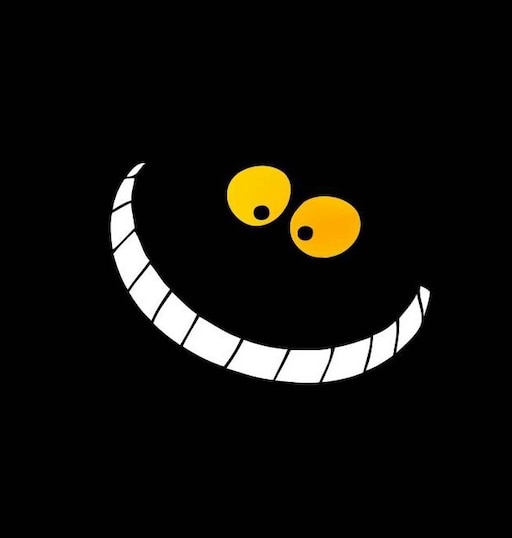 We have a resident streamer!:

Very friendly group and the admin team is the best I’ve ever seen. This new map is a great way to enjoy Conan all over again. I recommend this server highly.

Naw thanks for the love! But you guys make the community as cool as it is

Easter Event Started on Experiments in Lunacy! IP:176.57.135.131 Greetings Exiles! A new pirate lord has set up an outpost just off the shores of the Savage Wilds! Her goal is to enlist the cheap native labor force to retrieve lost eggs from nearby shipwrecks! She offers unique and special rewards! Be fast though, it won’t be long before she has all she needs. Portal to her outpost can be found at the HUB Event ends 5th April 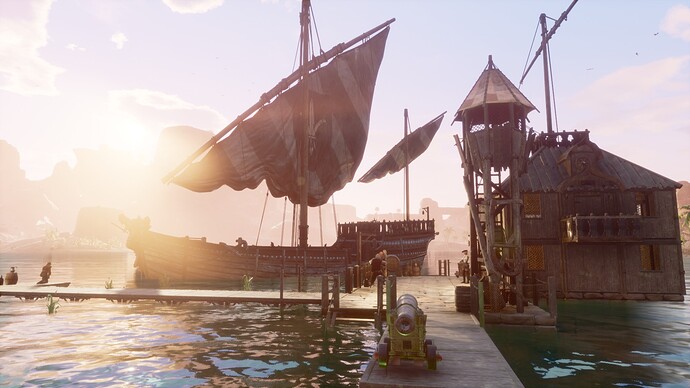 Here are some preview shots of the current custom dungeons:

Heart of Darknsss is a small mini dungeon with one large boss fight and small quest.
Hairy Situation is a medium size but challenging dunegon, recommended 2-3 players.
Both dungeons award good XP and special loot. Can be started at /warp HUB 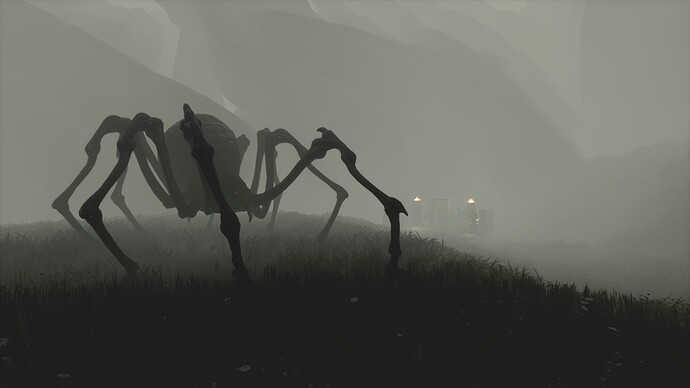 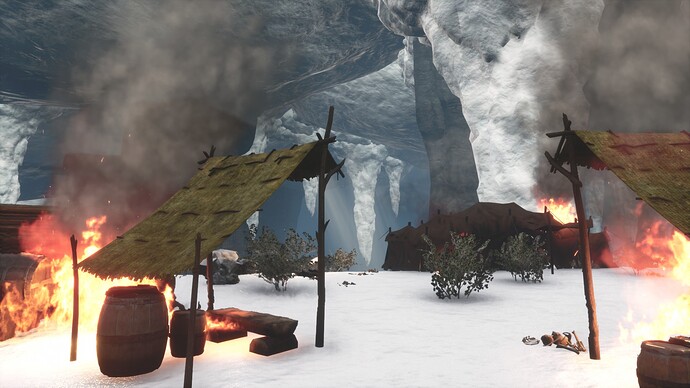 We currently have one more dungeon launching tomorrow, which is a Dark Souls themed area called Deaths Keep. Designed to really test a players ability to dodge, and avoid damage. There is also one other dungeon currently under construction 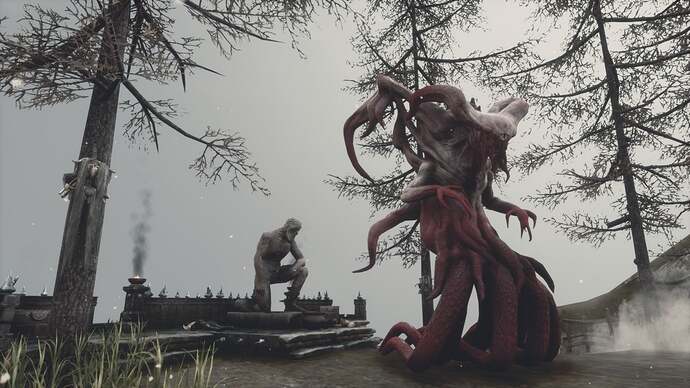 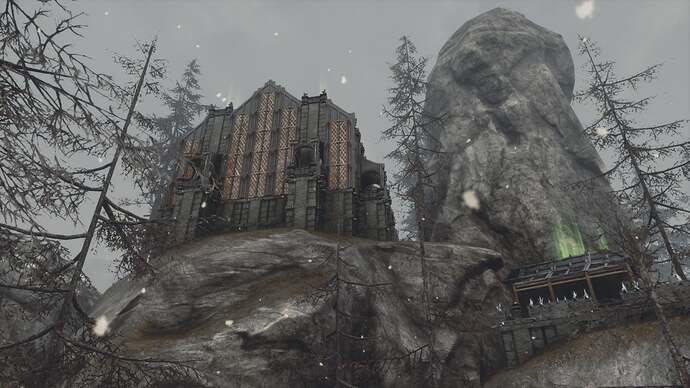 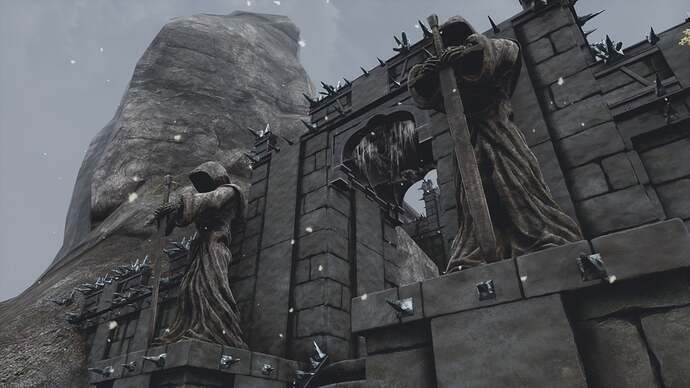 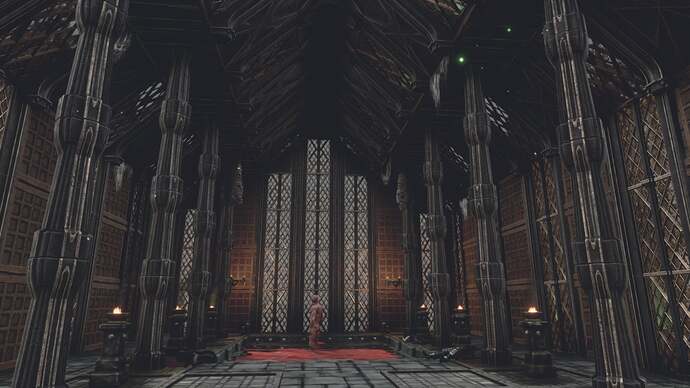 Thanks for the love! Im looking forward to opening the next dungeon

Greetings All! Today and tomorrow the Lunacy team are offering a one time only special unique loyalty reward kit! You get:
-A Camel and Yakith Packleader Pet (both not available in Savage Wilds)
-An Ark of All Faiths (A shrine to ALL the gods in one!)
-An Orb of Negal (For changing the look of your character)
-And, 30 levels, Free!
The Lunacy Team wants to thanks all of you who have stayed with us 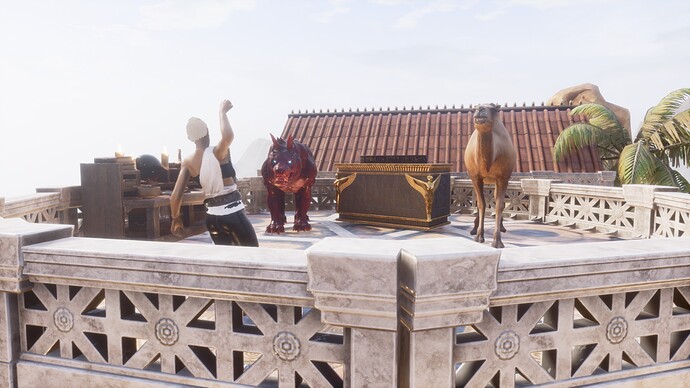 Cool map, thanks for your work

One of our community builders just finished the construction of the Darkspire College! This tall black tower houses mages, alchemists, librarians and even an Essence Peddler who can teach you the ways of Purge Manipulation! 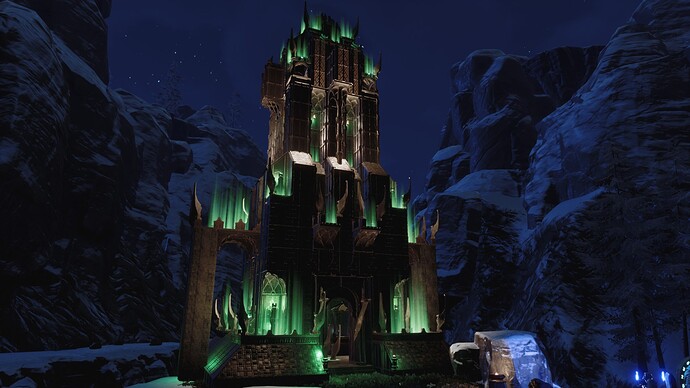 Experiments in Lunacy is very excited to launch its newest Dungeon experience!

Dreamed up by one of our admin team, the Ashlands takes heavy inspiration from the Firelands in WoW. The central volcano area on Savage Wilds is to be turned into a large world space littered with boss fights and tough challenges.
We have only one boss so far, but the idea is to launch a few new bosses a week till we have a full Ashlands region! 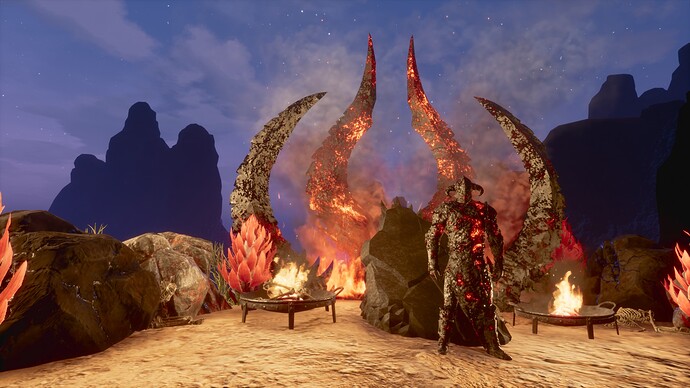 Lunacy has been growing so much we had no choice but to increase the size of our HUB!
So for a limited time, there is a small HUB Launch event happening. Players need to locate the hidden gardeners around the HUB, who will award Exiles with some HUB related gifts!
Here are some images: 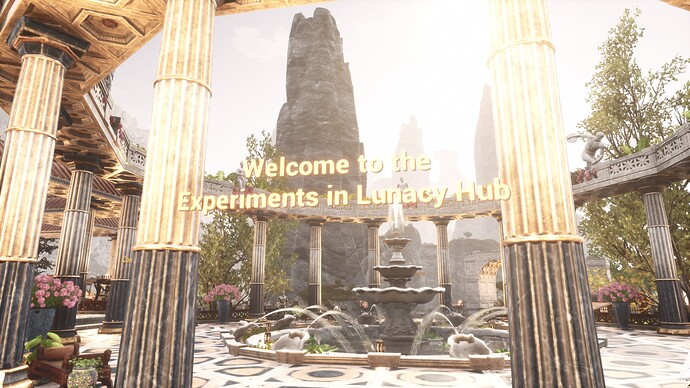 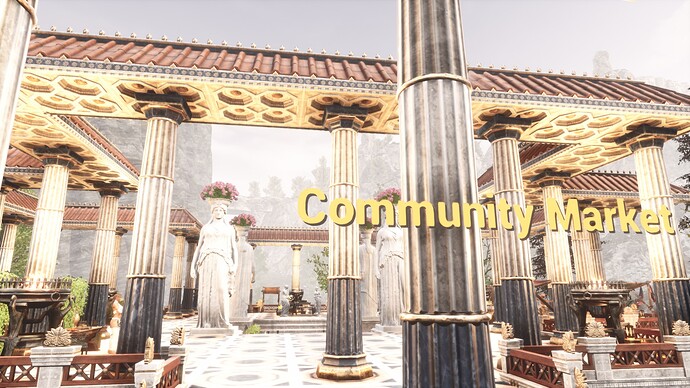 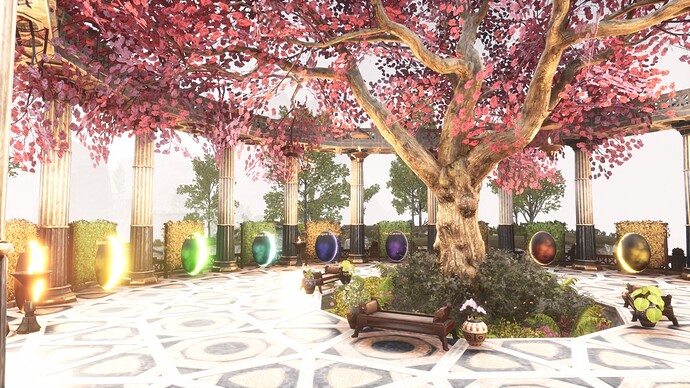 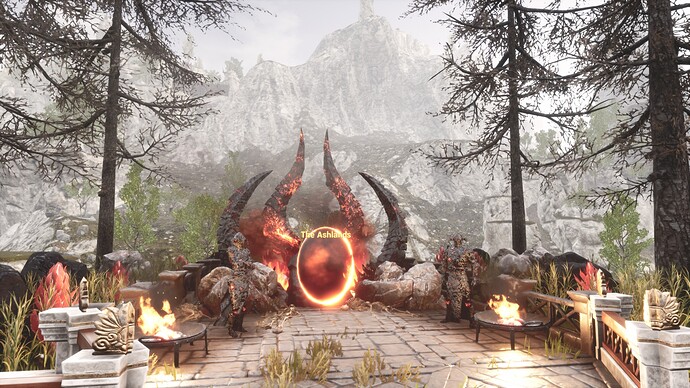 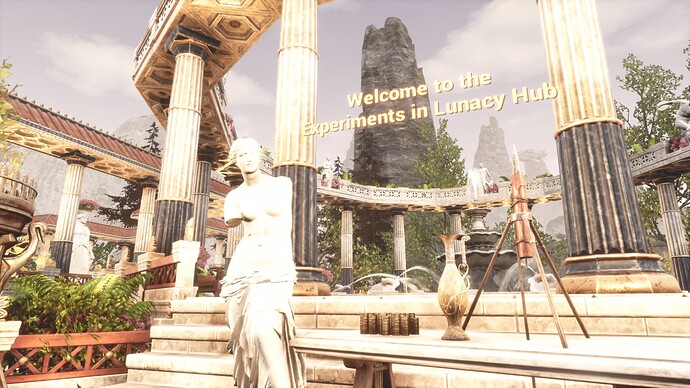 Happy May Exiles!
To mark the start of May, Experiments in Lunacy is hosting a week long Medieval Festival, starting 8th May . We have created a special space, that will host giveaways, quests, special limited time vendors, games, and… TOURNEYS! We will be hosting a Dueling Tournament, and a Jousting Tournament. Anyone wishing to participate in said tourneys, must submit their filled in application template to either myself, or Winter via Discord PM, so your name can be added to the tournament list, and a time/date can be set for you and your opponent. Players not wishing to fight or joust do not need to apply to enjoy the rest of the festivities! This will be Lunacies first BIG server wide event. I hope you can all make it on the day! 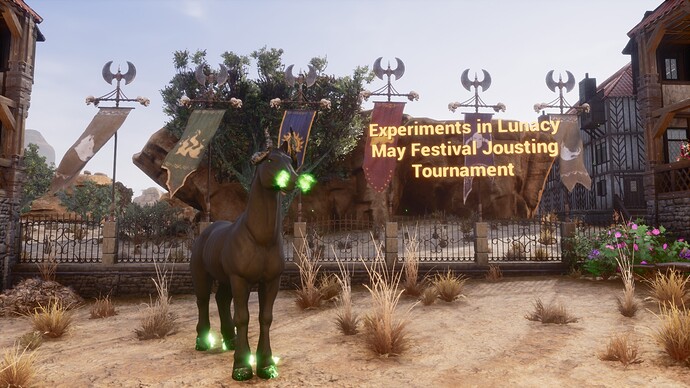 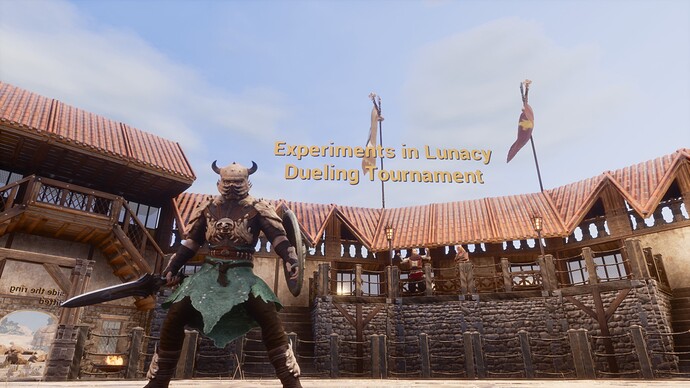 We added WARRIOR Mutator to the server last night! With it came a handful of new mechanics and world bosses all over the map! 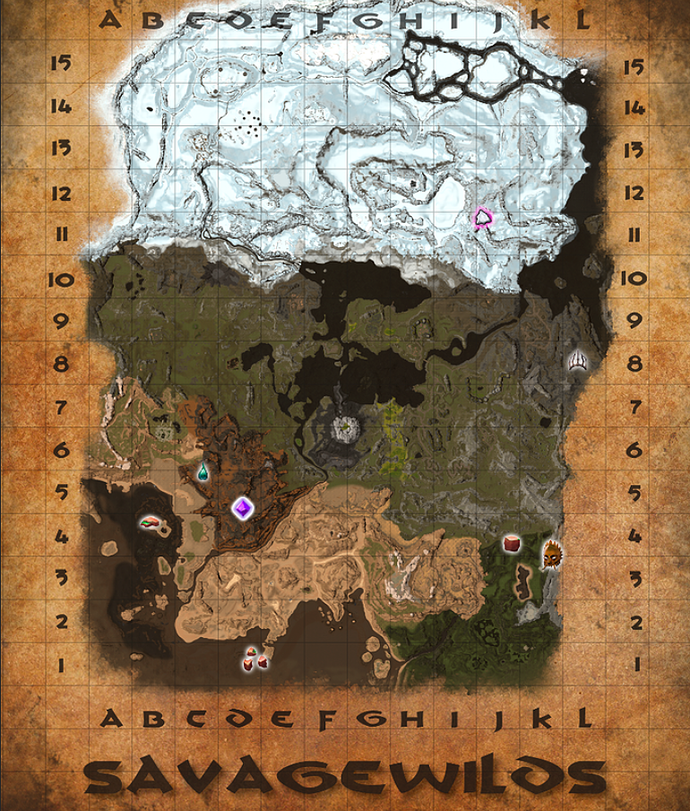 We are on TopConanServers! In the top 50, without boosting!

Experiments in Lunacy is proud to present, our fourth Dungeon! Erôth Nein Mines!!
The Dwarves of Erôth Nein delved too deep into the rock in their stubborn quest for more and more treasure. Driven out by a mysterious race of serpents, all that is left are the monsters guarding what the dwarves left behind… and something, more?? Speak to Gili at the HUB to start your adventure! Difficulty is slightly higher than Hairy Situation, but not as brutal as Death’s Keep. Recommend 1-2 Players. Enjoy! 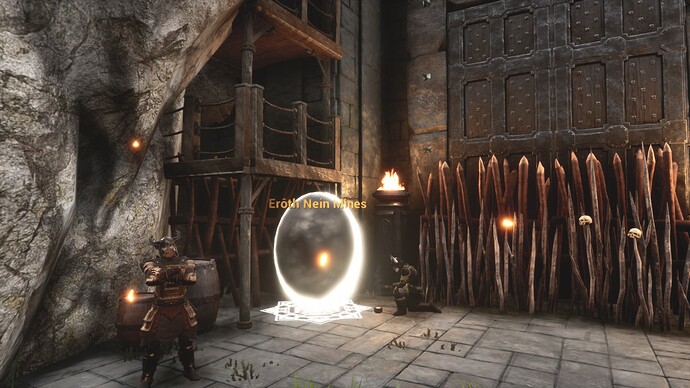 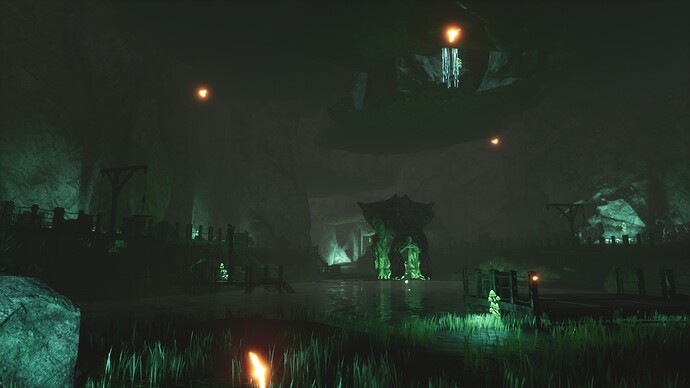 We now have a wiki! Work in progress 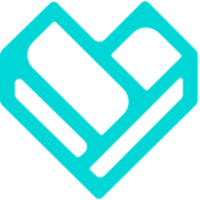