I wouldn’t have dared to request this feature in any other game, that being said the new sacrifice mechanics assure me in my confidence that it will not be viewed as too violent.

The twohanded sword went, over the version releases, through significant changes. Once it had a special heavy attack, the third subsequent one, if i remember correctly which would knock down… humanoids. This feature has now passed on to the longsword and this is a good thing.

Since, however, the twohanded sword always seemed to lack some functionality. Hence my suggestion: an attack, with a special animation, whirling the sword in a 360 arc and, should a humanoid receive lethal damage… behead the victim.

It also would add some sense of classic content from the ancient past - i had something like this in mind: 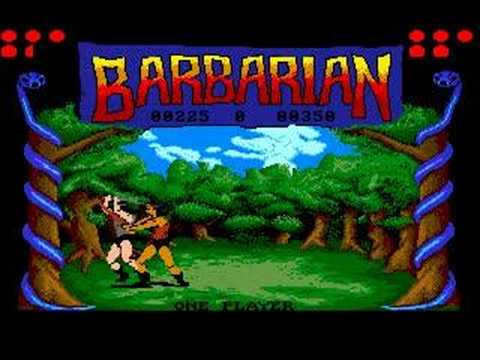 Whoa. That brings back memories. The hours spent trying to rescue the Lego-brick princess on Amiga 500.

Why not also a “dodge-roll at your enemy to knock them over”? That flying neck chop was always impossible to achieve unless you were playing against a sleeping opponent.

I would be content that the overhand chop would one shot kill unconscious thralls… would make sepermeru cleanup less of a chore.

Yeah the lack of a “coup de grace” is at once immersion-breaking and frustrating, and on the other hand understandable, as it’d make concussive damage too easy to exploit (IMO). Though maybe now that Authority is an actual build and not a random byproduct of a strength build, that’s less of an issue…

Crom called, he wants his sword to be useful again, its a shame…