Game started to Crash and i cant start the game to play...!?

The game Started to Crash after this update (Debaucheries of Derketo Pack) in Solo Mode but in Main Menu everything is ok only when try to play Solo the game crashes before it load into the world.
i can`t play the game anymore becuz of this update!!

I’m playing on a private rp pvp server (New Lordore), which uses several mods.
After the update almost everyone who uses the server has reported severe lag.

My own FPS fluctuates a lot between 5 and 50 fps, and ping to the server also varies a lot. Going up to even 400 ms from the 53 ms which is normal to me. Pretty much everyone who frequents the server has reported similar issues post-update. I just bought the debaucheries of derketo pack, in case it has an issue…

Here is a list of the mods on the server 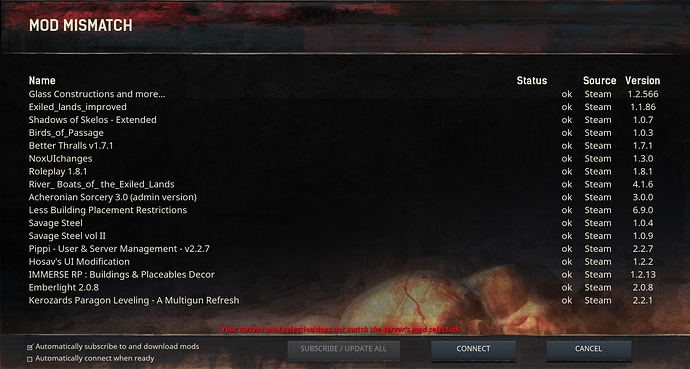