Looks like Gilzan the Treasure Hunter has a twin roaming around just outside the Unnamed City.

At first I thought he just accidently spawned in the wrong place and the next time the game loads it will correct itself. I have since visited Sepermaru and noticed he’s right where he’s supposed to be: 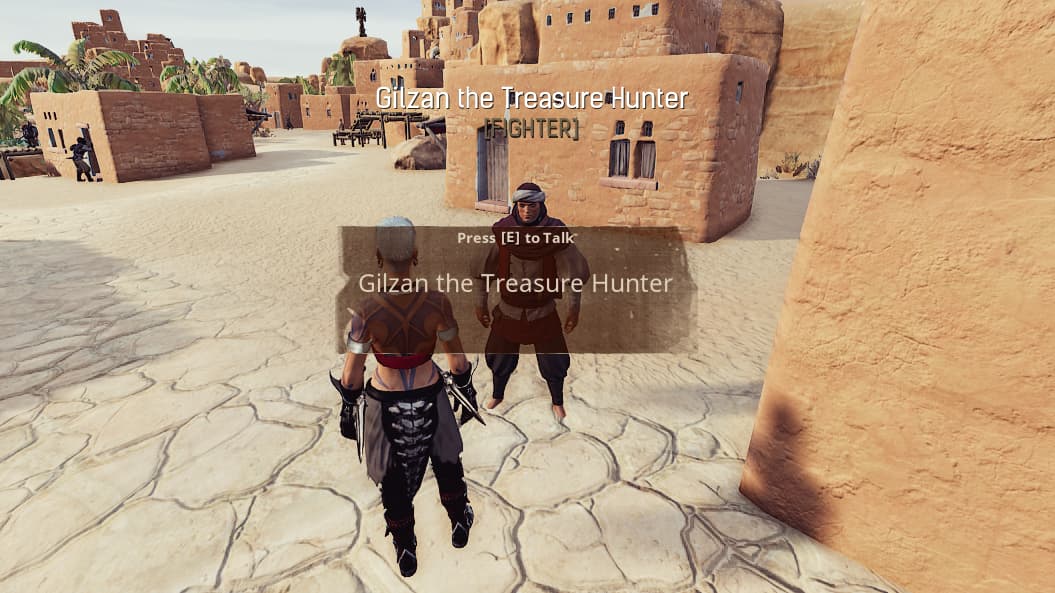 I restarted the game and went back to the other location to verify that he is indeed in both places at once: 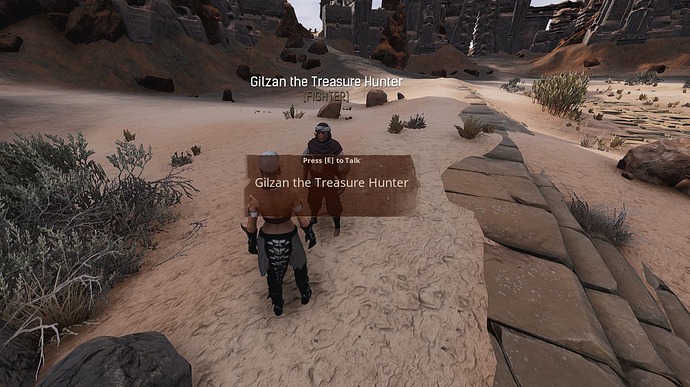 Not a bug to my knowledge.

So he’s supposed to be in both places with the same dialogue?

He is also on live in both locations.

Hmmm, last time I went by there was probably 2.4 (ish) and he wasn’t there then. So it was definitely a screw up at some point even if it isn’t a 3.0 bug. I guess there is no time like the present to fix it.

It was asked during the preliminary testing and this is the reply we’ve got:

Quote:
From the Bug that was created on it almost a year ago:
“It’s fine for Gilzan to appear here and there, he’s a treasure hunter and so it’s only natural for him to have a bit of a wander-around.”
Unquote

May not be intended to be at both places at the same time but it is not really an issue if it does anyway.