This is appearing on the ground in the Redwood forest on Siptah since the latest update from Funcom. We do have mods on this private server, though this occurred right after updating the hotfix from Steam. It is possible it is a mod conflict, but maybe it is base game? Please look into this. Thank you. 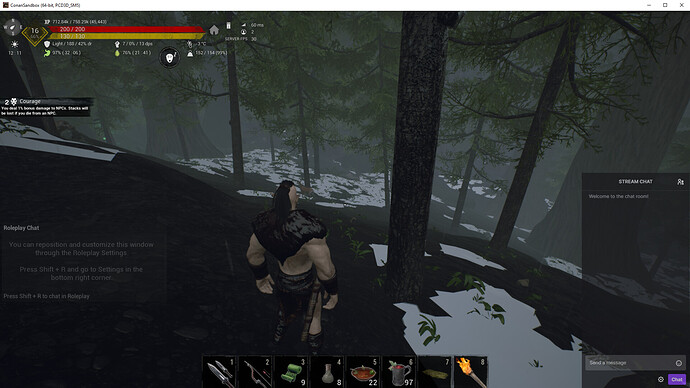 I am having the same bug on 6427 official pve-c server. 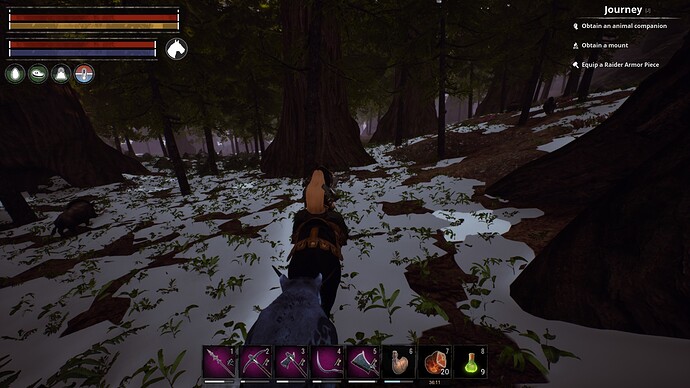 Could the white areas represent shadows maybe. Just a guess but it is the first thing that comes to mind. Maybe playing with the graphics settings would solve it for now. Throwin things out there is all, lol.

The same… Try some dungeon, it crash your game

Gonna go in-game here soon, so I will check out a dungeon. For some reason though I think that private server are not havin all the problems that official servers are having.

I just took a quick run into Klael’s Stronghold and back out and I was fine. No crash at all. I was on a private server from G-Portal and I was the only one on it, if that matters at all. 10 slot server.

Hope it is fixed soon

Thank you for reporting this issue to us. The team is currently investigating this and working towards a fix.
We appreciate your patience and understanding.

We’re aware of these texture issues and they’re fixed in an upcoming hotfix we’re releasing as soon as possible.
Thanks for the feedback and apologies for the frustration.

Same bug here. It worked fine before the latest update.It seems onlyon this specifc terrain type, for example higher in the mountains its fine.

We are using 4 mods, but they are pretty light, nothing major. I tried uninstaliing 2 of them, didnt help.
Im using RTX 2070 card, updated drivers.

Its ofc bad, but its not that bad, if you dont look to closely it looks a bit like snow. In fact when i first logged in and just glanced around i tought “Wow funcom implemented season changes , sweet” lol

It’s getting fixed with 2.2.1b coming out soon.

You know, the idea of the patchy snow look isn’t terrible. I actually kind of like it , however the graphic rendering or whatever the tech term is for it, is not good. Artificial looking polygons of snow. But yeah, some patches of snow here and there would look nice in the redwood forests or even on the higher plateaus. Something to consider.

That was one of the things I missed from the exiled lands when we were playing Siptah. We went back to EL so I am back in the snow.

If you’re still experiencing issues, please make sure your game is up-to-date and post a new thread.