Just to clarify, I’ve considered private servers but private servers pretty stay empty and hard to populate to begin with and I have no desire to play a single player version. Also, with private servers you get administrative abuse of powers, even if they say they don’t…they do. Proven fact, give a monkey a button and it will push that button. I prefer officials bc it keeps everyone on equal footing and bound to same “rules”, there is no bias, or favoritism or abuse of authority on officials ( although 2584 sure seemed to just disappear off the face of the world…). I prefer pvp style game mode not because I’m some great pvp buff but because I want the fullest Conan experience, not some watered down variant or lesser brand, I want the stuff off the top shelf. Again, single player gameplay has zero appeal to me. Now all that being said let me just say that there has been a lot of game breaking stuff going on in the last few years. The undermeshing, the duping, the controlled server crashes( which was actually a fix for….) , the thrall porking, the “porked” tames that could 1 hit world bosses by the end of the night, spamming bubbles, I’m sure there’s more. The body vaults may not be an exploit but their present state is still a game breaker in its own ways. Solutions? Wipe them or leave them in play full time. I don’t necessarily want the servers wiped but to kill the bv’s you gotta wipe all the accounts which leaves all properties and possessions in limbo, so the one comes with the other. No way around it.

Lats will rise up, and I think Funcom is wise to either enable a stable revision for “Opting Out,” or make a policy about acceptable Branches.

I think I understood what you’re saying. Thanks for explaining. I don’t wanna derail the thread, so I’ll just agree that it might be worth it to do what you said, but I also think that ignoring lats would also be viable for Funcom. They’ve shown that they can ignore the malcontents a lot better than we thought

hehe NO, they tryes to have pvp servers that wiped reguly at the begining but it was not good so they removed it, And hope you only think pvp server to wipe, no point in pve.

And if they are stupid egnuff to wipe old servers they will lose most playerbase … that will not spend money on the gamepass. They lost alot of players whit the server merge when you was able to save some loot.

I feel there should be 1000% full official wipes on PvP i cant speak pve or pvec really but PvP is almost a required MUST and change the server transfer to only your charcterr stats and recipes you learned… nothing else… thats my thoughts on it.

Easy body vault fix… instead of a timer to disappear instead … you die of starvation elements or whatever… easy fix… nothing really needed… you want the loot? You gotta play and have your character body in the game

You are assuming everyone duped everything they have on body vaults. I can tell you from my experience that’s not true.

Alright. So i read this post… youre confusing Not fair, Exploits and blatant cheating as if theyre the same thing and i main pvp and can tell you there is a HUGE difference between all 3 of those. Being extremely crazy farmer and fighter and exploits are one thing as you earned it… duped weps that are from legacy of oil meta that 1 pop you is not… blatant cheating is why these need to be wiped

O.P should post this as solution for devs to be fair

I can accept wiping only at 2 conditions:

I’m talking of the area around New Asagarth, basically a huge valley with an ugly little lake (with no sense at all) and not a single tree.

And there are more areas like this that could use a fix.

If not met this 2 conditions, a wiping will only have me leaving this game forever.

So many people are already leaving so its a hard balance for Funcom right now. After how I have been treated by support and then here on the forums I am just watching the implosion. Kinda want them to wipe all the servers just to upset the PvE crowd the most.

New Asgarth is perfect just as it is.

It’s the Highlands, they have to be like this.
Have you ever traveled through Scotland or Norway?
That’s exactly what the Highlands look like there.
Lots of green but rarely trees.

So many people are already leaving…

Well, firstly I don’t believe that’s at all true. It’s just something some people say… But they’re wrong and they’re talking out of their arsses… 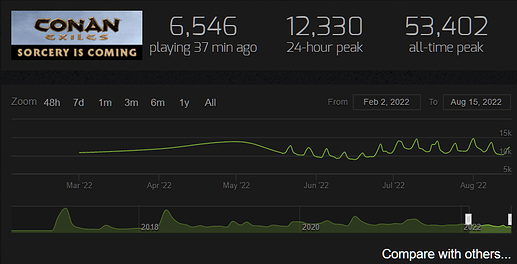 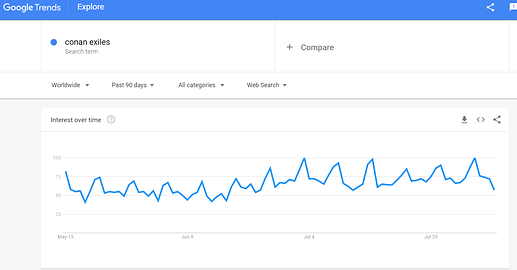 And finally a hard reset or even a soft reset for 3.0 is a terrible and stupid idea. I don’t think we have to worry about it though because I’m pretty sure FC isn’t that stupid!

I might be mistaken, but I don’t think Conan Exiles “has” to wipe all of the server. I would assume they could find a way to wipe specifically weapons, or tools, or bows, or arrows, or explosive jars, etc. If they were to try and have that argument, it would be more digestible.

while your at it update your anti cheat. lets goooooo

For an announced major revision I am not seeing an uptick. Those stats would be troubling to any company.

But it’s weird right now. People are logging in but promptly out within the day. Truth be told, It appears that there is some hesitation there before the new version comes out. Truth be told, I think there is significant bad press right now because there is a huge amount of fear going on…about the bans, about the monetization efforts, and about the nerfs that are going to happen. Not too much in terms of the neat things we are going to get (IE the bad press is outweighing the good press) and that is creating this daily roller coaster where people come on real quick and leave just as quick.

With the testing that I’ve seen and done. There is absolutely zero need to wipe with 3.0. It has no effect that we can see on database (server) performance.

If you wish for a wipe. Play on a new server or recreate character. Wipe yourself before asking others to.

But they have NOT

yet. It’s about a month or more out. The beta test site was announced and if previous test releases from them are anything to go by (and what else would you go by?) those never see a bump.

Wipe yourself before asking others to. 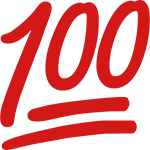 Not mention a wipe will be undone by player who bum rush to 60 1st day. And have more play time and go back to assorted issue anyway.

At best, Wipe would give anyone starting day 1, hour 1 of update goes live anything of “peace” for a small bit.

which is all ruined day 2. Xd inless your lucky.

With all issue with officials, I can’t picture ever going back myself, even with a wipe. Solo or Private server is basically must have go to now.