Have suggested this before, we should repurpose the "kick" action

in my regular game style i use that button for 4 things:

i never use it for kicking, i guess it could be usefull against shield user oppponents but i rather wait for them to lower they guard than wasting stamina.

Don’t get me wrong, i enjoy a nice MMA fight on CE. But in game actual tactics it seems to have been a place holder because someone noticed during development turtling up with a shield was impenetrable if you didn’t have shield smash weapon on you. So they “threw” in a Sparta kick as a quick band aid. All be it a puny Sparta kick.

I use it to put distance between me and the target.

I wish it could push thralls and pets, or let me kick those bad guys standing on those ledges…

Until that happens tho, you can be assured that I will fully exploit that mechanic to my advantage.

My biggest problem is that I use daggers and a spear, so when I’d like to kick with daggers I do a backflip instead, and when I’d need to backflip with a spear I kick instead. But that particular bug is between the keyboard and the chair.

I don’t want to get rid of the kick. But I would like it to be better. A stronger pushback effect, maybe even a knockdown chance - and it definitely, abso-fraggin’-lutely-dammit needs to be able to kick enemies off cliff edges.

There is this legendary spear “Vaulting Pole”.
Even though it’s unique it does not make the wielder vault. Sadface

This isn’t about removing it.

Yes, it is, by the consequence of low numbers, like you are basing yourself,

nothing much important if they remove, i dont care so much,

BUT my point is that kicking is an real action that should be possible to do,

the numbers sometimes lies, and they will lie on this case,
because how many times you got traped in an corner and had to kick to get out?
just an few… but you saved yourself !!

So there needs to be an action for every possible scenario one might be in? that is what getting caught in a corner is. A very rare occasion. And kicking is not much more help than spamming roll and jumping trying to glitch thru any opening the mob has.

yes, i would like it removed. but my interest falls into how useful it is and how I may be missing uses that more players use. It is how i get better. I ask questions on things that seem useless to me. Be surprised when you open your mind to info how much better you can get at the game. For instance, i learned not to take on all of Asagarth by being taught how to properly kite smaller groups into certain areas. So i rarely get caught in corners by mobs. It is a better tactic than balls to the wall tanking and praying against those mobs.

I usually just kick my thrall in the rear when she’s not moving fast enough😆 other than that, I don’t usually use it.

It would be awesome to be able to kick enemies off the ledge.

My thoughts exactly Shadoza. This is the very thing I have been clamouring to to have it do for some time now.

Well, there’s a way of PvP with Kick attack. If you run near the barrier while someone is chasing you (not horse), you can make a quick move and push them across the barrier so you can take the stuff easily. But I still think this attack needs a rework.

So there needs to be an action for every possible scenario one might be in?

Do not generalize it

that is what getting caught in a corner is. A very rare occasion.

No, not rare, many dungeons have alot of monsters or npcs

And kicking is not much more help than spamming roll and jumping trying to glitch thru any opening the mob has.

Thats why i said TRAPED, because it means you are traped in someway that you cant even roll , or in an fight that you wanna break the opponent combo using of the moment he is without stamina and start your combo and turn the fight upsidedown

So i rarely get caught in corners by mobs.

Me too, but taking out an common action like kicking?
this is why this game is so good, there is so many real things we can do

For instance, i learned not to take on all of Asagarth by being taught how to properly kite smaller groups into certain areas.

so… imagine someone saying that:
“lets not lure anymore, because we removed kicking from the game”

also, luring is fine if you are with an strong warrior using an double hand hitting everything near him,

the point here is that we cant be so much afraid to get trapped,
we of course have to avoid it, but it an trap cant be an no-way back thing

You are so fixated on what appears a wasted button slot in the game use in very rare instances.
What if the special could be used like the kick in areas you are trapped. The special for each weapon would use about 50% of stamina, with damage tied to how much stamina it actual was.
I am just throwing out what i see as wasted potential in the game. How someone would not want something replaced with a more usual mechanic blows my mind.

Being real should not be the deciding factor. If that was the case, then carrying the amount of loot we do is not real. Never use real as the main reason in games. The only “real” that matters is as far as lore, in game story, and how mechanics play off each other to accomplish that. The kick is very out of place in the game compared to the other fighting techniques we have.

I cant vote so here 0

Never use real as the main reason in games.

i never said that a game have to be 100% real, and i already seen this awnser here, its about common sense, if it was 100% real the game was becoming too hard because we almost couldnt loot things and hunt for hours (or maybe change that and rises the slots on horses, elephants for example)

are you saying you want to give the kick the boot?

I will get to the puns in a monent, but first I will reply to the factual/genuine layer of that question. No quite. I would like to see the Kick retained for when we are unarmmed. However when equipped with a weapon I would prefer to see the button transformed into an attack or evasion manouver unique to that weapon, such as the Daggers backflip or the Greatswords overhead.

OR if Funcom is going to be resolute and unwavering in their decision to keep the Kick no matter what, then at least improve it, because right now it is more of a novelty than a practical strategy. Perhaps we need an ‘enhancement’ 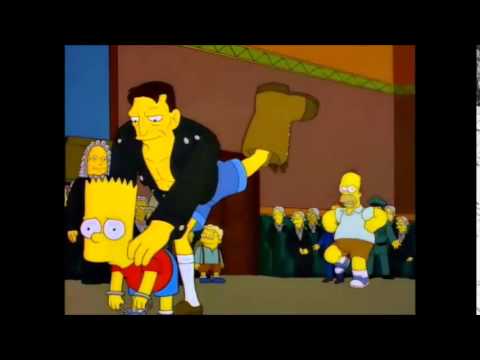 Puns are love. Puns are life.

Oh ok then, in the spirit of going along with the fun…That may just be a step in the right direction. I considered taking it in my stride, but sometimes you just have to put your best foot foward.

That may just be a step in the right direction. I considered taking it in my stride, but sometimes you just have to put your best foot foward.

Here’s the man who both talks the talk and walks the walk. I’m afraid your post left some big shoes to fill. Stringing so many puns together is no small feet

Sorry if that’s just taken out of context.

It happens to me very rarely that I am in a corner.
I prefer the open area as a combat area in dungeons and in the vast areas of the exiled countries (cities).

So I never really need the kick.

No issues. sorry you did not get to vote. But i wanted to make sure the vote was not just left open. 35 votes is not something i would hang my hat on, but it is good to know that others do not use it much either. 1.26 is still very low with the number of votes. That is 44 total points over 35 voters.
We can look at the data two other ways.