Is coding, or G-Portal the root cause for performance issues?

Official Servers since the 3.0 update have not been performing very well.
There are a lot of issues relating to connectivity and network stability.

If the code is the primary source for this issue, then I implore the team to add an additional layer of testing for future PlayStation Updates before releasing to the public to address such issues.

If the hardware is the primary source for this issue, then I would like to suggest you ask G-Portal to upgrade their servers to better handle the software.

I can’t speak from a Playstation point of view, but there is a remarkable difference when you take the map file from G-Portal to another provider and load in with the same number of players. The difference in my experience is night and day.

With that said, even on non-Gportal servers, the 3.0 update did have a bit of a hit on performance. In some cases its better, as would be expected with every update just getting a tad bit better in that regard. But in other cases its worse, but its hard to tell how much of this is attributed to higher activity levels.

Sorcery was just about way more popular than Isle of Siptah. So its skewing the results a bit. Servers are going to see performance hits patch or no patch if their populations suddenly get larger and more active.

But even with that, there’s definitely more that can be done on the code side. In the live stream they know playstation platforms have issues and they are working on them. I suspect that 3.0 didn’t add many new issues (I’m sure it added some), but mainly exacerbated existing ones. Which to be honest from my understanding were pretty bad to begin with.

I suspect that 3.0 didn’t add many new issues (I’m sure it added some), but mainly exacerbated existing ones

Oh you just can’t imagine! The frustration and sometimes rage you read is not for nothing, trust me. On ps5 the loading screens was almost like pc. Their texture, render etc was perfect, simply perfect, they had nothing to envy from a pc user.
Ps4 was suffering only great loading screens and rendering issues , all you had to do to enjoy performance in the game was to sacrifice your graphics. We have the quality - performance choice on our starting settings.
OK we had some invisible npcs and other tiny problems but it was so minor, small details that couldn’t stop you from enjoying your game!
Now…
You really don’t want to know, trust me!

Yet. Playing in a new server, low builds, low population is awesome, it’s like the good old days with more issues on mace now. The burned forest vision is very common and ofcurce the mace anomalies are enormous!
I will try to load photos for this.
But you can play and enjoy, really enjoy! Only in New servers low builded, low populated!

Yeah, I’ve noticed ps5 take a hit in the evenings when more players get on, especially the jerk that’s building a massive bridge base next to me. Loading screens begin to crawl when they’re much faster during off peak hours. And mind you, it only needs like more than 6 people on the server to notice the affects.

A small example @jmk1999 for @Taemien to understand…
I log in on @sestus2009 private server. 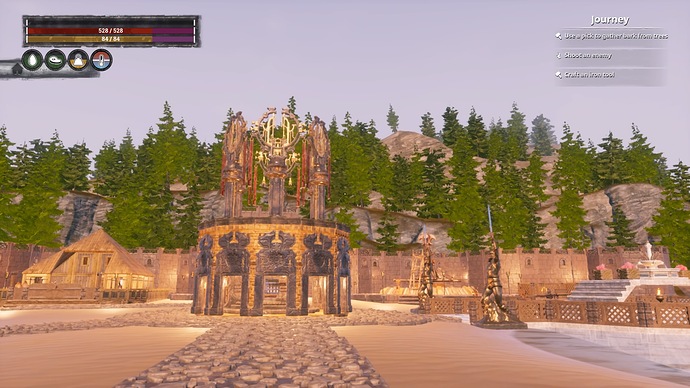 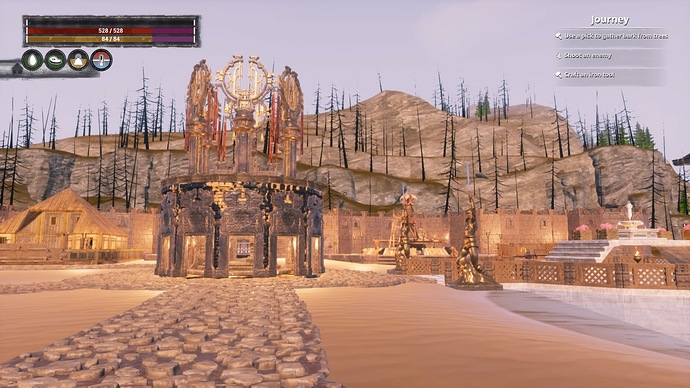 Same. I play on both siptah and EL officials on PS5 and I get the same issues.

Just to add to that, character textures look like garbage in a matter of minutes (or less). I log in or go to a zone with no building at all, it’s fine. Otherwise, I look like a playdoh. 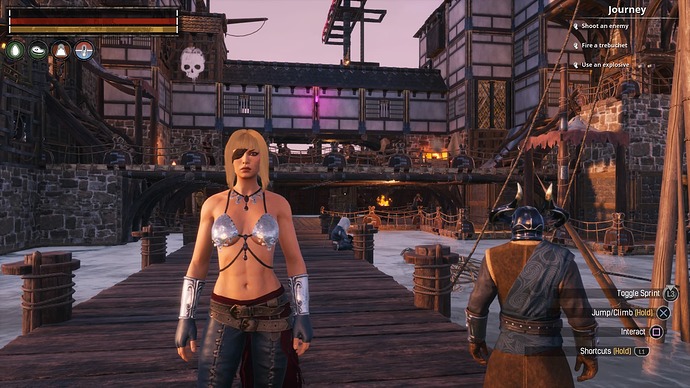 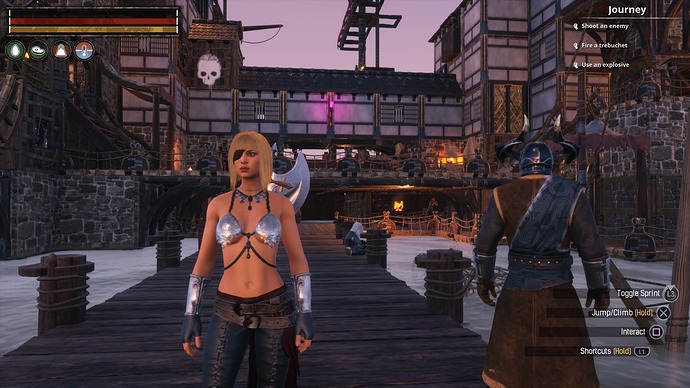 Looks like a nasty bomb went off in the forest.

(This environmental PSA was brought to you by a person who has no clue what sort of power plans G-Portal has. Please don’t blame them for something without proof.)

Coding, Server, Game Engine and even your own hardware or internet connection or any combination of these could be the root cause of performance issues. So it is difficult to know without testing all of these.

And like @Kapoteeni said neither can be blamed without proof.

I know that upgrading my console to current gen made massive improvements in performance though.