Huge thing, I build a house of pure stone, I have no windows yet I look like I am in a tornado, please remove all wind effect and sounds when you are in your dwelling?

Not complaining about the wind outside but KEEP it there please? So annoying to see thos and have my ps5 process this constantly giving me rubber band spikes, also some variety of weather wouldn’t hurt.

It took them about 3 years to prevent it from raining indoors, so don’t hold your breath.

Unfortunately that is not possible. I assume you mean the maelstrom. It wasn’t intended for people to build in the storm area in the first place. Your base would have been turned to dust. Programming exclusions for all weather area effects would be impossible. Sorry

From the description you give, it seems the construction company didn’t do a very good job insulating your building. They may be liable for the faults, and normally, I’d advise to take them to court.

However, a building without any windows might be in violation of the building code. Bringing the case to court may draw the attention of the authorities to that. The code violations may be even raise the question whether the contract is even enforcable, as it’s aimed at building a basically illegal building.

Considering that, I’d try to reach an amicable deal with the construction company. They probably did a poor job, but the whole contract seems to ridden with problems.

Did you hire an architect to plan the building and oversee the construction? If so, he or she might be liable for both the lack of windows (and possibly other code violations) and the deficits with the insulation.

Oh hell no, I am far away from that madhouse!

but I am near the beach currently and the effects of the wind not a biggie its that constant sound of wind at this point, I have been venting my frustration by killing beach turtles and stealing others stuff when I am able to so so and running amok as it is.

Yesterday I was coming home from a bungled roam/raid/steal animal children adventure when I saw three thunderbolts sh* I never seen before and me half assed in all my gear and light armor and dodging suck soooooo. I RAN from what I could only say was satan met grandma’s dog and made it breed with a manbearpig.

When was this rofl wait never mind I never was in a proper building during this as I built in caves and broken down structural places.

I was actually thinking this exact thing! 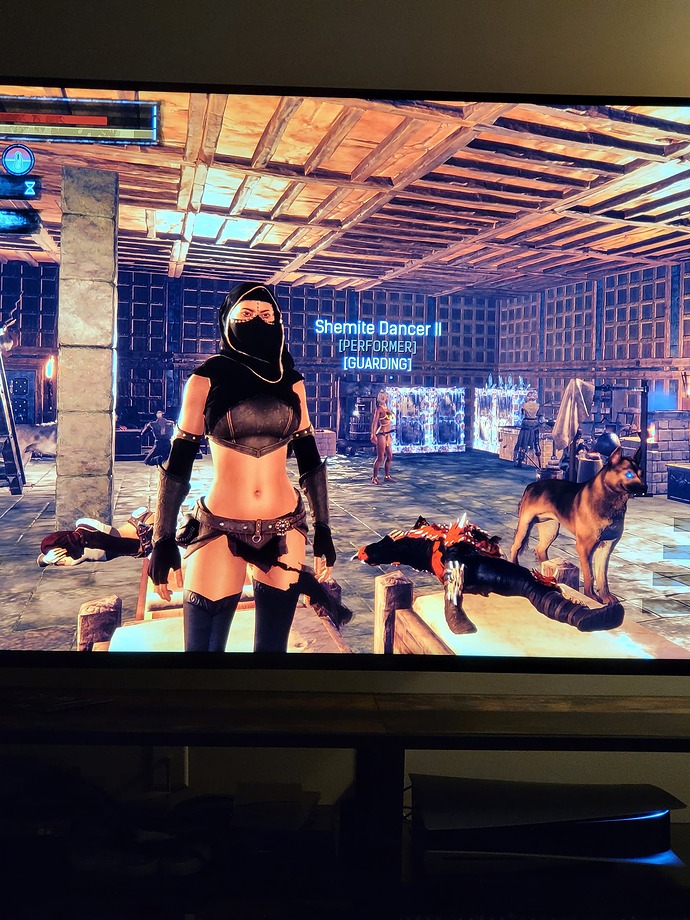 The damn wind never really does stop does it. I know it’s related to the Strom but distance is a blessing soon when I am higher than the strom maybe this will end.

It’s those modern ventilation ducts. They’re there but you never really pay attention to them until
a) a spy crawls in, microfilms your secret stuff and crawls out
b) an important prisoner of yours escapes via the vents
c) aliens break in and kill everyone.

Or, apparently,
d) the wind indoors is so strong that your cat flies away.

His answer really deserved it! I laughed hard when I read it!

Not impossible, but definately not worth the major effort for just an aesthetic. If windndid damage etc, then yeah would be needed. No hurt in asking i guess, but not economicalky smart dev time.

Also, did you have any building permits? A well is definately something that may need an environmental permit.

Obviously not but its a huge immersion aspect that bugs me but more so the constant wind sounds.