Not. Sure just deployed and check the thrall stats. 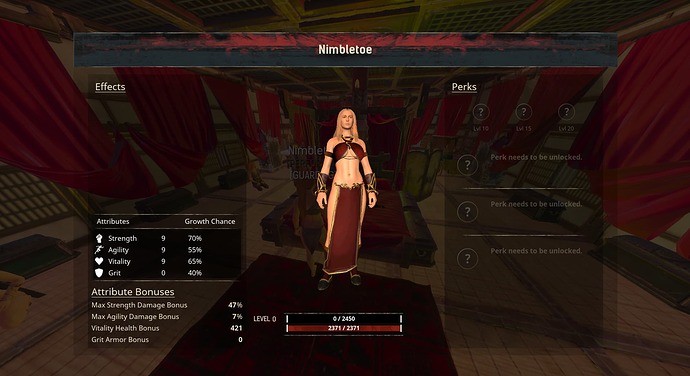 Did you catch her before 3.0?
Because pre 3.0 slaves don’t have grit. They had, but the patch removed the points of that stat.
But as far as I know, they should be fine now.
Probably with slaves that were catched before 3.0, but not been placed did not get the fix.