I would love to see interior walls and doorframe in the game for multi-room structures with taller walls. It kind of looks silly having interior walls now that have an interior look on one side while the other side has an exterior look in the game. With the exception of the stables from the Riders of Hyboria DLC. Please add these to the game so we can have multi-room structures that look right.

This gets requested a lot, and it’s not feasible to add HUNDREDS of wall pieces for something that is at best very niche to begin with.

Like, even if the budget could do this and they were okay with cancelling other development just for this one request, if people thought the crafting menu was a mess now, just wait until the have 500 identical looking walls in their crafting menu.

Really the only avenue for something like this request within the confines of existing systems is modding. (And no, before its said, the Double Wall Extension I created shouldn’t be “added to the game” either for extremely obvious reasons). 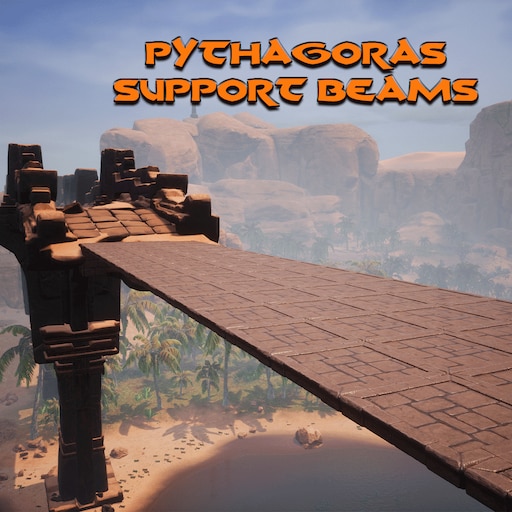 And you just proved my point. Hundreds and hundreds of pieces. That’s not reasonable at all. As a designer, I would throw such a request in the trash. You really think its reasonable and fun to have 500 different walls? No, hard pass.

And your "use the same weapons example ", thats not accurate either. What you want is not feasible on multiple levels. If you want it, download the dev kit, and download blender, you can make them the way you ask yourself.

Assuming you don’t need window-frame walls for interior walls, this addition would mean two wall pieces (wall and doorframe) per building style. There are 16 building styles if you calculate all DLCs (unless I’m missing some), meaning a total of 32 new wall pieces. The textures for interior walls exist already. The collision frames (or whatever you call it) for wall-shaped objects exist already.

I suspect Multigun is mistakenly reading something more into this suggestion than is being requested.

That’s nothing to sneeze at, though. That’s like 8 new rows in the crafting menu all just for those two pieces. I already put off unlocking t3 building in my game because of that adding all the DLC icons to the menu and making finding anything else a total nightmare.

My poor scroll wheel must hate me.

You can pare that down with selecting the DLC you want to use or swapping between DLCs. So 2 more pieces per set isn’t huge.

it would be all of 16 re-skins of existing wall object. same snap points. The only change is visual. Arena is already very close to reversible.

Not a hard ask to he honest.