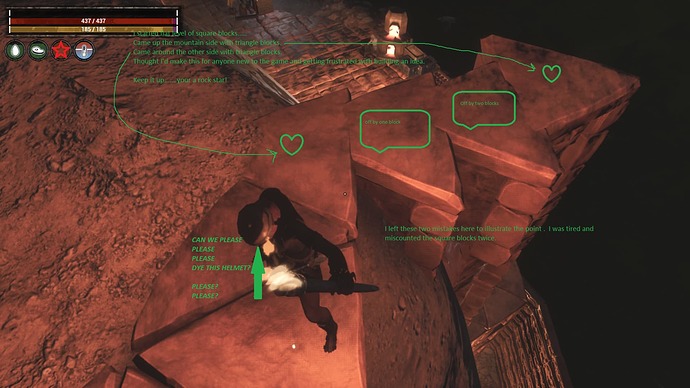 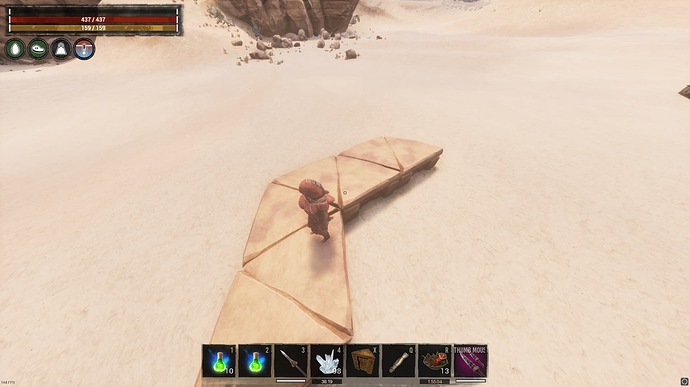 I must admit, I’m not sure what I’m seeing here. What is this tip supposed to be for? Building in an angle, building upwards, overlapping foundations or helmets that can’t be dyed?

…heh…yeah, that didn’t read as well as thought…

.I ran into a snag when I didn’t start my wedges from the same grid as I was building from, around, and back toward.
…So I took a screenshot of what I left in place from the two tired attempts I made until I finally got it right. The correct grid to snap to was used by the two wedges with the hearts on them…the two wedges between are each from a failed attempt to build from that correct point…

…then , Yeah, I want to be able to dye that dang helmet too.

I don’t set out to be that annoying guy…but , well, here I am.

the green circle is the where that screenshot was taken, the red circle is the point I had to start from a few times to match the grid.