i have to different clans be complete ■■■■■■■■ despawning every thing he can with is path cause he does not give a %&* told me so him self ![20180418202500_1|690x431](upload://6hoPYJd7IXDwicSQzQAa5eUNy4J.jpg) he as already despawn half of the thrall camp and is about to make it go though the camp and have another clan block off the path just cause they want too ![20180418201816_1|690x431](upload://g6gcaTJnjtgbTfnldpgNCwa3Dq0.jpg) i told them a way to make w path between the cliffs with pillars and ceiling tiles so they don't block the path but that is what they are trying to do they said cause the server settings are set to play building are indestructible and they can do what ever the %&* they want both clans said they are going to do this as well when the game goes live on May 8th there should be a way to deal with people like this on official servers so that they don’t ruin the game for a lot of other people

I got tired of it and started going single player. I’m MUCH happier now. Don’t see myself going back.

I got tired of it and started going single player. I’m MUCH happier now. Don’t see myself going back.

In general discussion, line 25 co-op gameplay by ourselves, check it out, look for Taemean’s discussion

Zero Punctuation would be proud of you.

First of all, this is the least readable thread I’ve seen in ages. Almost gave me headache, and could only glimpse what is this about.

BUT its an interesting topic nobody talks about xD. I’ve recently joined the pve server I used to play months ago, and it’s full of blockades. River blockades, valley blockades.

Before, those were uber griefing methods, as you couldnt climb. Now, you can climb and avoid most of those, but its still an annoyance. I’ve seen some blockades specially designed to be a pain to climb, full of iron spikes, with roofs in weird places that prevent / difficult you to climb etc.

I dont really know the solution, unless there are some rotating admins on official servers (wasnt it in ark? in some survival this is a reality) I don’t see how can this be fixed. On pve servers, building damage is disabled, so you cant even lure an elephant to open the walls.

The Purge and Ruins/decay system will take care of foundation spam.

Oh really? Is there a new mechanic yet to be implemented?

I dont think so XD maybe you misread the problem? It’s not the old, arkish foundation spam. Of course that will decay if not close to base, like any abandoned structure.

Also, I’ve witnessed myself how running around the map causes the floating crafting stations to despawn, so yeah, a good improvement.

But we are talking about people blocking rivers, valleys, using a combination of the terrain plus walls etc. Its usually their base (or villa, or city…) so no decay will happen.

So we only have the purge left, and that is not a guarantee of anything regarding this problem. You play in pvp, maybe? 200h+ in pve here, and in my founded opinion, purge and decay system wont fix that.

Not with only 24 of them per day. ^^ (Only if that player/that clan was the only active one.)

Sadly, in the case of Official Server 402 as the OP is referencing: Its not the blocking off of rivers, valleys, etc that he’s really taking issue with. Those can be annoying and unsightly to look at - but minor, in the big picture. We have people intentionally trying to despawn rare thrall spawn camps - for no other reason other that they can without consequence - with foundations.

Sure, The Purge will take care of some of this eventually. It would just be nice if there was something we could do about it on PVE servers.

Well, the despawn of thrall camps griefing existed day one as well. I recall they said they fixed it like 26 patches ago, with a no build radius or something.

And of course, blocking of rivers and valleys is not minor, just your griefers spent time in another thing. Come to my official server, and I will show you some unclimbable blocks, using wall spikes and all combos of buildings.

The solution for me is the same: rotating server admins, like one time per week or something, or a way to report those things / and guarantee action is taken, because im sure you can report this things since day one, and have some dev or cm laught at it, since they dont get inside servers to fix stuff.

I agree completely with you, i think the Devs should code it to where people can’t block/build in high traffic areas ruining gameplay for everyone else . PS. I just realized my first reply was actually meant for Nymphonic, sorry i must have looked at something wrong.

Oh really? Is there a new mechanic yet to be implemented?

Both are in the live game.

We have people intentionally trying to despawn rare thrall spawn camps - for no other reason other that they can without consequence - with foundations.

This is not as intended and should be reported as a bug.

When the griefers have griefed themselves out.
When the chinese have chinesed, the russians have russianed and the alpha tribes have alpha’d themselves out… That’s when you should start playing on official servers.

In the meantime, play unofficial or singleplayer. See it as “training” for when u do join the crazy jungle.

If there is anything I learned from ARK, it’s that the land favors the patient. Considering gamers are a fickle folk, all you need to do is outlast everyone else. Let boredom neutralize your foes for you.

You may laugh, but when there is a neighbour who built too close to me, and I wanna get rid of him, I use to shower him with EVERYTHING the game had to offer. Received lots of thanks… He quit 1 week later cuz he had nothing else to fight for. It’s like unlocking the admin panel for him.

Now… If your foe is also a “Turtle” (defensive playstyle ALA “outlast your foes”) then you use what i call “Redecorative psychological warfare”.

I first discovered this style of warfare when the chinese decided to cover my entire base in waterpipes on ARK. Imagine waking up to that every morning, and having the pipes screw with your camera collisions.

You need to find a way to visually de-value your foes base, and derive pleasure from that, or start laying foundations near the enemy’s base’s resources.

De-spawn what THEY hold dear.

These sort of people play on PvE cuz to them it’s psychological PvP. It’s passive aggressive warfare.
Only way to beat them is to feed them their own medicine.

That being said, there’s a high chance both parties will get banned, unless you test just how responsive the admins are first by reporting.

As a fresh spawn tho, you always have the upper hand when it comes to griefing, as you’ve nothing to lose and lots of “schadenfreude” to gain.

Make a “Batman” account that you can afford to lose for situations that require vigilantism.

Heya! Studio Wildcard just updated their Code of Conduct, and implemented a Incident report system, specifically for things like we are discussing here! 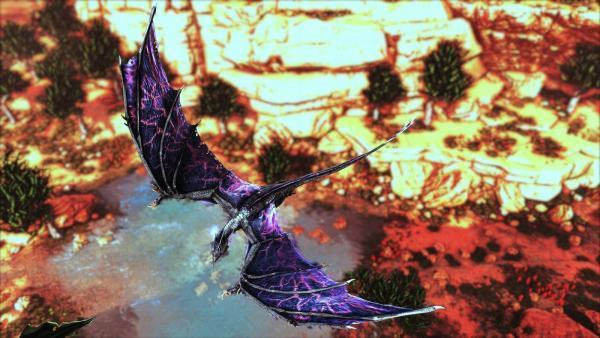 Hey Survivors! Welcome to the latest edition of the Community Crunch! The Community Crunch is where we share important things going on with ARK, as well as host contests and showcase creations made by the community! Code of Conduct Changes! Today we...