It’s really up to you. It’s fine to just do the exterior (depending on what your reference picture looks like). Naturally we will judge by how close that building is to it’s counterpart.

However, we will of course also judge if someone puts extra effort into adding the interior according to the reference they work from. It does not have to be functional. It’s really up to you regarding how close to the actual reference you want it to be.

On the other hand, a fairly simple exterior structure might be much more interesting because of it’s interior setup/design.

So, ultimately it’s up to you and depends on what kind of reference you work with

I hope that helps!

Thanks for the patch, optimisation is still a fine thing !

And i look forward to see lot of great, amazing, and beautiful creations very next.
Happy building to all !

Well, this looks really fun! I sadly won’t be able to compete on this one. My all day play days are over. I just acquired a real life building project that will dominate my time for the next 3 months, but I can’t wait to see what everyone creates.

@Tascha
I think we should have either this or a new thread dedicated to all the creations, but only after the contest is complete and prizes awarded. Everyone is going to put a ton of work into this and that work should be seen by all, for more inspiration on how to build our next bases. The game I was addicted to before I discovered Conan is Wurm Online and they have a thread dedicated to all the amazing buildings people have created. Just awe inspiring what folks have assembled over the years.

I’ll be honest with you though, the placable artwork is by far the best prize. Anyone can buy server time

Such a great contest!

Best wishes to you, @sirvink, and I hope your RL building snaps together as well as in CE

See your welcome contributions in a few months.

Hey folks! Just a quick heads up that we rolled out a hotfix for PC. It’s a crash fix related to the new building optimizations that we previously rolled out on Wednesday for servers only. The fix has now been integrated so it works in single-player as well. There are no patch notes.

Impressive support, what are you feeding your dev team?

You guys are doing a relentless job there!

Impressive support, what are you feeding your dev team?

Had to look it up. Makes totally sense to me!

Imagines big guys with glowing eyes in front of their computers

Since the hotfix this afternoon our private server is having low frame rate and high ping. Usual ping is around 40-50 for the Brits(Server is is London) and 70-80 for the Europeans. Server FPS is 60, hovers near that. After today’s hotfix. The server fps is between 20-30 fps and ping is jumping into the high 300’s. Nothing else has changed our end bar the hotfix.

So out of curiosity, since mods are not allowed, nothing built would not be able to be built on the consoles. Will the contest stay open long enough for us console players to get the parity patch and try to take on some of the amazing builders in the PC realm? Or will there be a separate contest for us whenever we finally get the patch? I’m not very good, but I would like to be able to at least try.

Thanks for the patch, hope this will help these people having some crashes.

??? Im lost on this phrase: Google claims snozberries are:
We laugh, because “snozzberries” is obviously a fanciful, fictional word, and nobody knows what they really were. Except that Roald Dahl, the book’s author, knew exactly what snozzberries were: They’re dicks. Snozzberries are dicks. Wil-ly Wonka made those kids lick dick-flavored wallpaper.

So in your post you have Snozberries, dicks, and wil-ly. My 13 yr old mind just returned

For Peter’s sake, Wi-lly is the one not allowed

since mods are not allowed, nothing built would not be able to be built on the consoles.

Google translate f’d up again or does this sentence not make sense?

With no mods installed, consols can build just the same as a PC, faster even, and even with a slight difference in versions.

I just signed in here after i wanted to write this into the steam comments, but i think this fits here better

Just joined together with my GF at the free weeknd and bought it afterwards. Really like this new update and i hope there will be more optimisation updates and exploit fixes because there are some things ingame that need to be fixed like some guys on steam comment section pointed out.
I like optimation updates the most because it brings an overall good experience to new players and improves quality to the current playerbase. So thats a lot for doing stuff like that, bacause when this goes on like that, i can finally show my friends that game and first impression counts most to keep playing with them!

Right now, even when i like this game there is a lot to do i guess.

Thats the list of things that buged while playing in Coop with my GF and i hope it helps you guys:

Stuff thats not buggy, but is really annoying, would be a nice quality of life improvment, or something i look forward:

You were farming nodes > Inventory as full as possible > Too much or too strong enemies kill you > Pray, you placed a bedroll nearby > Run a VERY long distance if not > Your enemy is still around > You go to your corpse > Push E > Loot all > Are to heavy too sprint, because all armour you weared before is now in inventory > Too slow, no weapon equipped, still naked > 1. Try to roll out = Energy low = Die, 2. Try to equip Fast and stand still = Hope for the best. Just make it equip my stuff automatically, like it does at the beginning, where you craft your first armour and it goes directly into the slot.

Stay Passive: Follows you but stays passive even when get attacked.

Stay Defence: Just attack, when get damaged and ONLY attack the attacking

Attack: Attacks the enemy you are looking at.

Get back: Pet runs to you back

Roam: Roams around his current position at his free will.

Thats all i have to say for now. We just had our first purge and steel tools. So we are not far and other players pointed out good stuff to need fixed. Since you roll out optimation updates, i hope this long list helps you devs. Very nice work you do!

May you all live long and get strong.

Aside from the bugs, here are some work arounds till they get fixed.

If it still won’t work you can remove the previous piece you placed and then place them again. Final trick. Build around several sides of where it won’t place, then it should let you place. Not the best solution as you lose pieces then.

For iron nodes, as your equipment gets better you get more iron. Stone tools are pretty crap, once you get to iron you should get good returns. Also using efficiency upgrades on your tools will get you more. Once you get high enough in tools, you will get mostly all iron and lots of it.

Psst.
Seems one or two issues still got stuck. Our wall on a modded private RP Server got…well… changed. 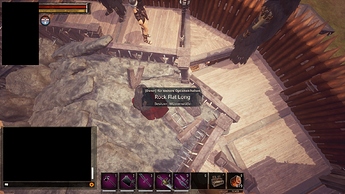 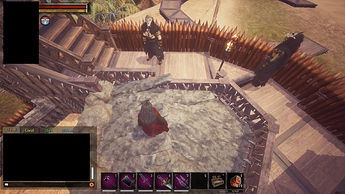 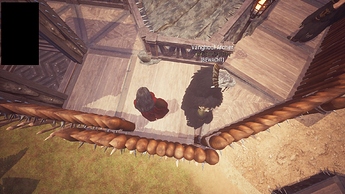 Edit: After another server restart, more of the wall got… changed. 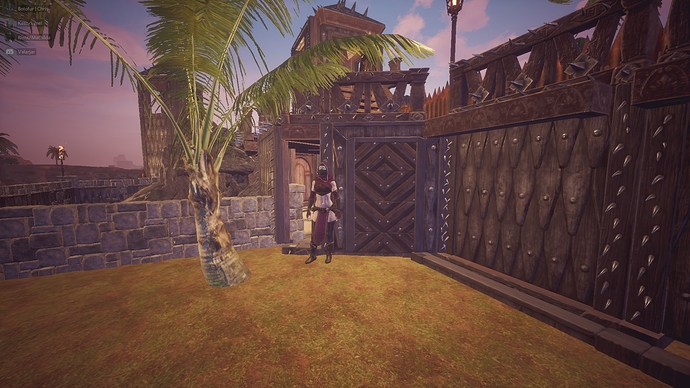 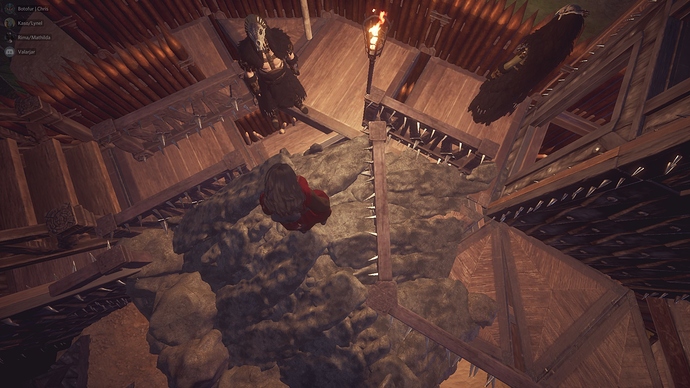