Pike/2h Spear should be an agility weapon

Actually look at the weapons.
Half of them are some form of machete on a stick, that stabbing with would be an option but not the primary form of attack.

Now, take some time to look at traditional martial art styles that use polearms, especially Chinese, but also Japanese.

If the “pikes” all looked like pointy sticks it would be different, but many of these are in the Glaive category (with tragically few Halberds, Crow Beaks, Ji and Poleaxes). Even then, they are absurdly short for what they are, nowhere near the length that historical formation weapons would be.

Mechanically agility polearm styles would lose some range. That’s an important trade off. In exchange they gain speed and sweeping AoE. Perhaps the heavy finisher or special move would be the very long range wide cut. Another consideration would be hyper armour. Of which, balance wise, they probably should not have much. Further it is a moveset that could be used for staves if they ever considered those. 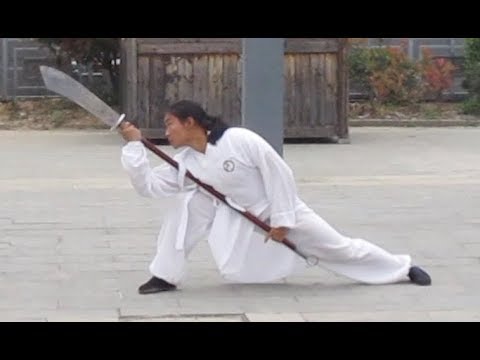 Current high skill PvP META is already 20 STRENGTH, 20 AGILITY and 20 VITALITY. Pikes and Bows with some water PVP weapon. Bows nuke your HP down to 20% with 2 shots and spears will finish you off.

Oh and people spamming Katana to try to oneshot you. 2h Great axe can shred you in like 2 seconds with rolling thrust.

Yeah, I’m not talking about the high skill PVP meta

Just what I’ve seen in the wild on officials since 3.0. Which so far is multiple people still trying to use poisonous daggers, and one guy with a two hand G-axe. And of course the hardcore dudes with pikes, but that never changes. Someone came at me with a 1H mace the other day! It didn’t go well for him.

I guess making pike an AGI weapon then would free up points people would be otherwise using for STR? Because if all you need is a bow and a pike you’d only take STR for the perks. I dunno, but it seems to me like Funcom made some of the perks work better for weapons of the wrong scaling so we’d have to make interesting choices. But people avoid the choice by just having STR and AGI both maxed…

I guess making pike an AGI weapon then would free up points people would be otherwise using for STR?

Majority would still go for 20 str even with pike being an agi weapon. Since people doing it now. People will run 20,20,20 str agi vit, as long the perk system is the way it is atm.

There’s not really a reason to go anything else in the perktree.

I guess making pike an AGI weapon then would free up points people would be otherwise using for STR?

We would have full damage pike+bow goomba stomp builds.

So dropping out of trees with Bows and Spears would be perfect meta for murder?
How positively primeval.
This one loves it in an ironic sort of way.

If pikes would become an agility weapon, I would go:

no reason to go 10 grit. 200 stam that u get with buff bug is more than enough, + you can use any weapon you want lol. So bad balanced. I didnt even think they could balance it worse than they did.

Whole perk tree needs a rewamp except Expertise wich is good, also the only one in the perktree that doesnt have anything to do with fighting

I doubt it supposed to give you that much stam without putting points on grit, so ye

Ooooh! That’s what it was! I had extra stam sometimes. Had no idea why or how

The strength or agility does not make any difference, you go 20 in both anyways.

It does matter with gear choice though. If you stack %str weapon damage, %agi weapon damage or health and stam. I don’t know what the current pvp meta is in 3.0 though, we don’t get much pvp in Oceanic region, it’s primarily offline raiding on official.

I don’t know what the current pvp meta is in 3.0 though

Go for +HP +Stam and some +Carry Weight in Armor pieces

Only buffs are used to boost your favourite weapon’s damage.

Time to respec I think.

I am not abusing this bug. I run around with 150 stamina.

I suggest to never go a mix between armor tiers, because 1 already defines it and it is always the highest one.

The only caveat to this unless you are going to fully max something out and you are willing to trade armor for the desired stat…a more reasonable exchange if you are talking boots and gloves.