i saw a blacksmith bench move on its own, then i saw a weapon rack do the same just after server restart.

(are you experiencing the same? )

Once, right after 3.0 dropped I had two work benches move back.

Haven’t had it since, but also don’t know that I’ve used the move feature since then either.

it only happened with the move item . and not in all instances, i lost a bench with a t4 cook, becuae it went colliding with the wheel of pain, the cooking thing juist moved itself with server restart to the position i had it before.

see this picture, this happened too, but in this case, i did moved the second bench 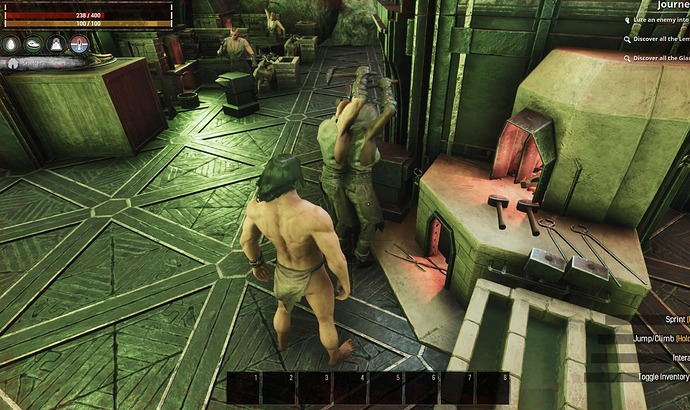 When it happened to me, I moved 4 benches. Only two returned to previous positions and luckily nothing had been put in their place.

I did wonder if my clan mate had built and placed the two things that moved back, but no way for me to have known that for sure.

Yeah, it happens. Had it happen a few times on my private server. Makes placing some things a bit of a chore, but i guess you’ll really need to factor in building scaffolding to get the right building angle right off the bat instead of fiddling with and adjusting objects.

What makes this issue worse is if the previous position is no longer valid then your placeable will be destroyed. This is why ever since 3.0 people have been strongly advised to NOT move items, but instead deconstruct them and then rebuild at desire location. Many many people have lost items since 3.0 due to the ongoing bug. Thought it had been fixed by 3.05, but clearly not.