Since now there is a thrall number cap, why don’t you disable the thrall placement minimal distance? It’s extremely annoying if you want to place your thralls in any remotely natural configuration.

I kinda agree its annoying to place thralls and sometimes it bugs out saying ‘must be placed at walkable floor’ which is even more annyoing…
BUT i think we need that limit, otherwise people will stack as many thralls in one spot and that will make things crazy and may even choke / crash server.

They will jam them in one corridor. So what? Their problem. It’s poor tactics anyway. At least they could cut distance in half. Why have the converse emote if all they could do was shouting, such is the distance they need to be apart!

So no, I disagree we NEED that distance at all.
Exploiters might need that rule, but they find other ways. ALWAYS. It’s a question of gameplaying mentality. We shouldn’t have the game all screwed up because of them. 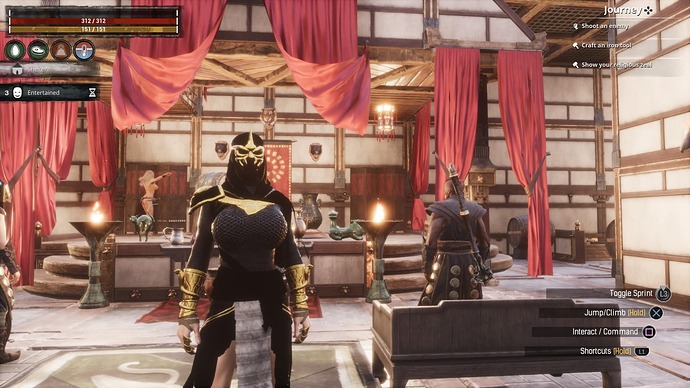 Place one thrall, make it follow you and move it away. Then place another thrall next to the spot where the first one was placed and there you go. When the thrall that is following you returns to it’s spot they are right next to each other.

Sometimes it works, sometimes it doesn’t, @Koschgine .
There are other ways too. Same problem.

Let me try yo upload a pic with an example. I’ll have to login.

Has always worked for me, though they might face a different direction once returned to their spot.

Yeah, I wish. It would solve my problem, but still, it should be unnecessary.

So, here is where I like to put our thralls waiting for their turn to lvl up. It’s also our kitchen and corruption removal central 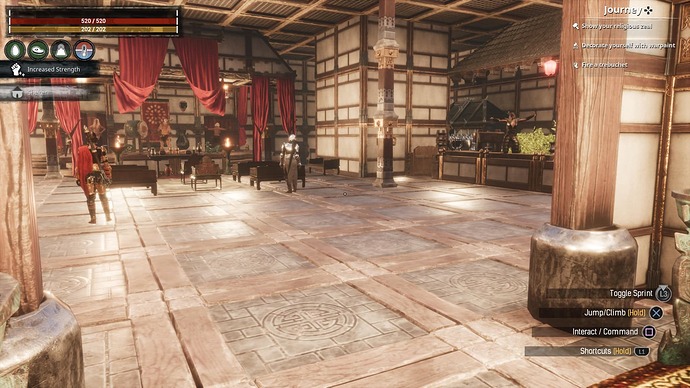 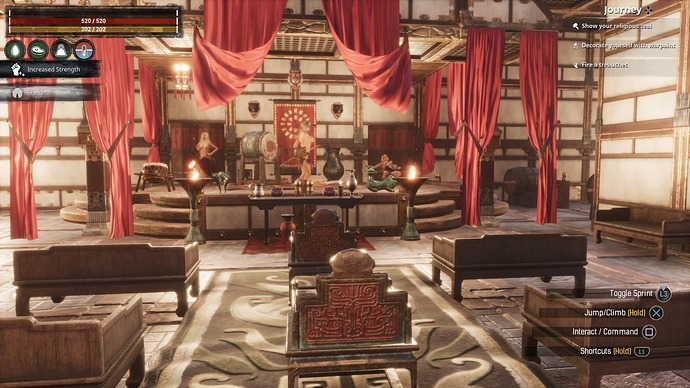 18210e57d8974-screenshotUrl1920×1080 229 KB
I placed them as close as milimetrically possible.
But from an angle you can see how ridiculos their placement has to be.
I won’t even speak about the audience. 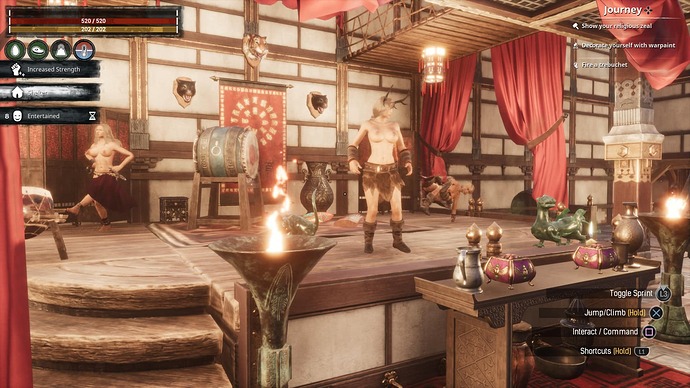 So I had to place secondary stages… 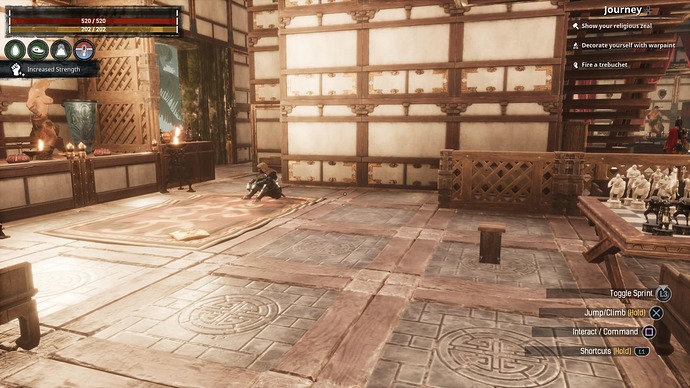 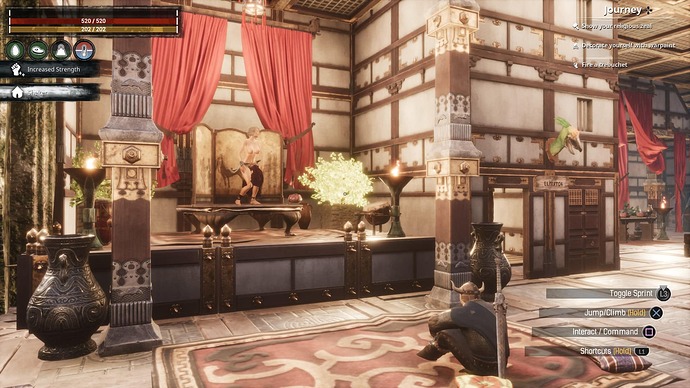 I think the reason they added a minimum distance was to stop people from stacking them - which would probably introduce several problems.

But yes, I think the distance could be about half of what it is currently.

Yeah sure we can do that, we gonna let everyone stack multiple thralls in one corner without distance limitation while opening new doors to exploit / crash servers and reduce server performance in many cases.
Can’t You see issue there?

I can @Wielder . Hindering server performance is an offense that can get you banned. Can you see the solution here?
Let me make a wild guess… you are a pvp player, right?

Yeah, that would do it. Half the distance would allow for a much more natural placement.

they might face a different direction once returned to their spot

As far as I can determine, it looks like they face in the direction they were facing when you told them to stop following you. In other words, when the game returns them to their guard spot, it only changes their location, not their orientation.

With mine, they get oriented facing the opposite direction where they returned from, @CodeMage Imagine, you place them at a gate facing outwards. They spot an enemy, they chase and kill it, they return to their spot but now they stay facing inwards.This is very annoying. I don’t even bother reorienting most…

Yeah, that’s my experience as well. It’s like they walk into place (from wherever) and then just stop - without turning around - so they remain facing in that direction. It seems like they face the direction you placed them in if they teleport back home though.

Yes. I wonder why in this instance their orientation doesn’t get messed up, but when they are guarding, it changes, @TeleTesselator …

Yes, I want it if possible. It would really create different atmosphere in houses. In pve the guards are not necessarily guards. Plus I would love to be able to place them sitting on a chair or a throne , or seduce e mote on a derketo bed

. And because a beautiful woman does this e mote that doesn’t mean that my house is a wh0re house