about 18:00 lag invade server for 20minuts, after it, 1 minut all ok and other 20 minuts server with 20s of lag, imposible move or everthing, i think that is under ddosattack.

Server 1200 now follow with this lag and imposible to play…

reported for some players at gportal, at 20:00 gportal restart the server 5 times every 10 minuts (looking log) but without changes, permalag continues now…

Yes, this server has been under attack all evening, just like many times before 1200 is cursed with ddosattacks and cheaters. Im at the point im telling all my friends to stay far away from this game due to Funcom failing hard to ever do anything about this issues. gg Funcom. Wp.

Its official its normal. Cheaters have Youtube chanell and they stream exploits and attacks on game same for 1313/1100 serverS. Same clans from Alpha release they stay here no one ban them and nobody cares.

this time , The server seems online but I cannot connect to it …

server still lagged, nothing connected because is imposible to play…

My experience is that this acure when one of the cheater clans can not be online and are affraid to get raided. They kep the server down untill they can go online again…

Several servers have been attacked, but have left the problem for a long time.
g-portal and FUNCOM do not support anything.

The server its still dead from yesterday!!! its impossible to enjoy.

yes, i guess most people playing this game are looking forward to play in the weekend? Funcom have no controll over their own game. Just sad. I`ll stick with Dead by daylight and other games. no return to this game

Have better things to do

he server its still dead from yesterday!!! its impossible to enjoy. 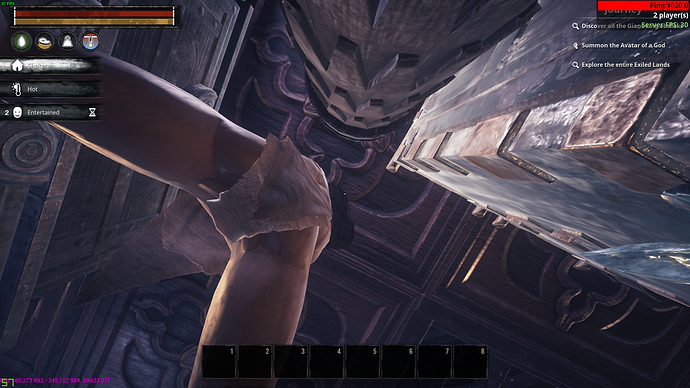 from friday is server down!!! funcom gonna fix that or they gonna leave the server to die???

It’s their weekend, they likely won’t get to it until Monday. One weekend isn’t going to kill the server.

up
still under unplayable 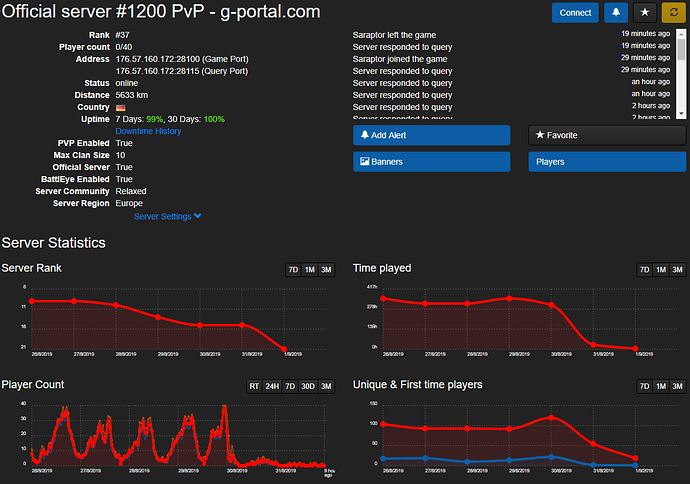 We’re aware of this and our team is investigating.
Apologies for the frustration.

One day more with out enjoy the Server…i Hope that funcom.solven the problema at soon as posible.