Show us your favourite thralls

Thralls are one of my favorite features of this game. I never think I am enslaving the poor things. Instead, I prefer to think I am opening them the door to a better life, providing them a better existence with all it entails. I do try to take care of them properly, often equiping them the best gear even before doing it myself.

I would like this topic to be fun, not a debate about their features and role when we compete in pvp scenarios.
Whether the thrall is spawned, captured, oficial or unofficial, modded or not, it doesn’t matter.
Just share what you like. From a picture with a description or some simple words, it’s up to you. Let’s keep it clean, though.
At another topic, and a bit unrelated with its subject, I shared a picture of one of my thralls and that gave me the idea of starting this one. So, I’ll use it as a kickstart. You don’t need to be exaustive, but I’ll hint what I would more or ess like to see: 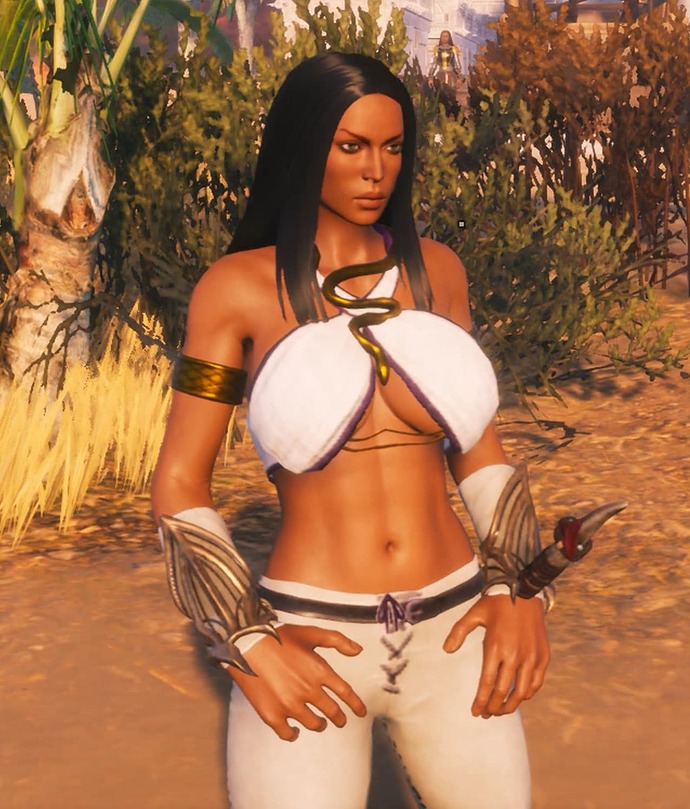 This thrall is, obviously, a monster that you may spawn when you are done with the current game and just want to wander around a bit with no worries, as she will easily rip apart every unlucky enemy that crosses your path. I don’t recommend using her if you still want a challenge, because there will be none left.

Btw, to Playstation 5 users, sharing captures via PS App became easy and possible. I don’t know if it applies to PS4 too, but this was a much needed feature.

I have no more favorite thralls. Yet in the next days I will try to find some photos from thralls I missed and I had great bond with them, stay tuned 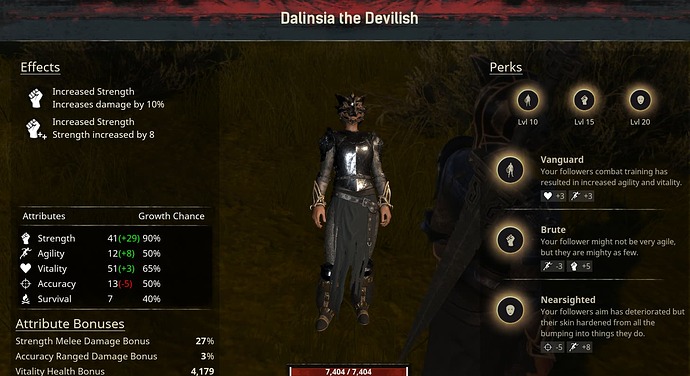 That is one fully battle ready thrall! Is it a Dalinsia? You were lucky with the perks and the rolls!

just kinda not sure if 3 thralls with they perks are just nrg, because if so then something is interesting

I have to dig a lot, yet I have one photo now in my phone from a guy that made my life really difficult in a volcano purge, back then his hp was about 17k, a really good follower that couldn’t die easy in lava, he was helping me a lot in volcano, until he went level 20 and retire in my mansion 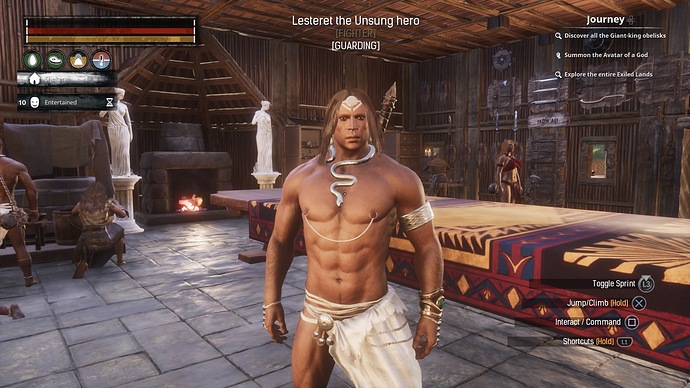 17k! That’s a beast of a thrall! I hope he enjoyed his retirement!

I like this one best if grinding - for obvious reasons: 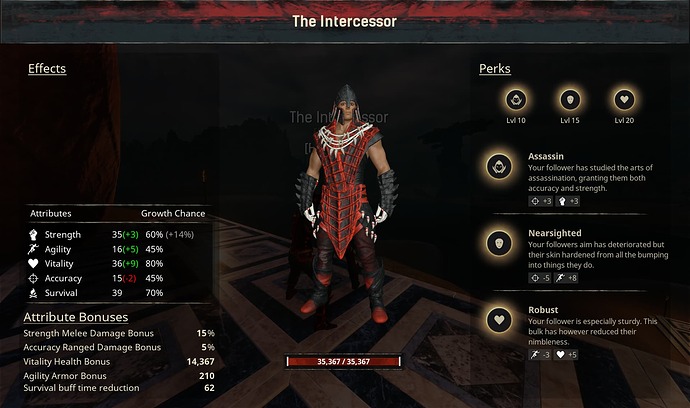 And this one for adventuring: 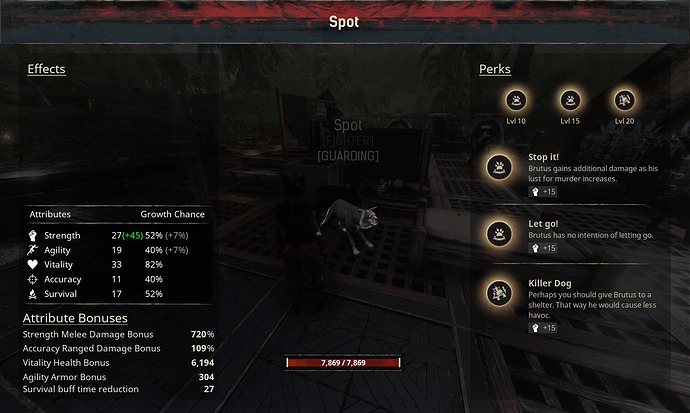 @TeleTesselator
Omg this dog, omg, this is the jackpot of dog tame . I would play on this server eternal just for this dog… Beautiful and beast, way to go m8

What a monster! Is that a Dunkas? They are monsters, but don’t hit as hard as the Arena Champion. Once I got one who reached 81k health points. I think of them as the masculine version of Ladagara, with some differences.
That dog is fantastic. It’s the first thing I try to get when I play Siptah. I have no idea how they allow it on official. The damage of that dog once trained is insane. At max level, he dispatches an Ape in two bites. You might notice it can do it faster than a Dunkas. If you are lucky with its health roles, it becomes a formidable ally.

It always gets those perks. They are fixed. If it’s Brutus, you can get it as a pup in a hole on the Ashen Core. Sometimes there’s a boss in the hole, but often not, so you can get it early game. You can get there just aggroing two low lovel enemies, less if you are really careful. Beware of the traps on the entrance and near the cage. It’s slightly on the left (spikes, tons of damage). I tend to get the floor bugged when I go there, sinking to the knees. So you can’t see that trap. Go through the right side of the small passage and as soon as you can snatch it, don’t go closer. Then leg it out if there! The hole is right of the main entrance. If you need a pic, ask. I’ll go there and take a few so you see how to get it easily. It is, afaik the easiest to get best pet in the game.

after seeing dog i am sad i did not maked screen of ‘‘skogkatt’’ before siptah added thralls, and nerfed sigil usage on pets…

so they are not so OP tanks…

P.S this cat was the one who sadly died from hand of that damn OP way back then mob ''Lone wanderer"…

I didn’t play Conan back then. But at this point this dog is the only pet worth having, if you ask me. It’s the hidden stats that make it an absolute beast, not the numbers you can see. I don’t know what damage did pets cause back then, but at this point, no other pet comes even close to that dog (which is kind of stupid, but the dog has a freaking demon inside, it has to!

So, I decided to make a small guide on how to get Brutus, even if this isn’t exactly the topic. But this dog is so easy to get and so strong that I think it’s worth it.
Get to the Ashen Core. 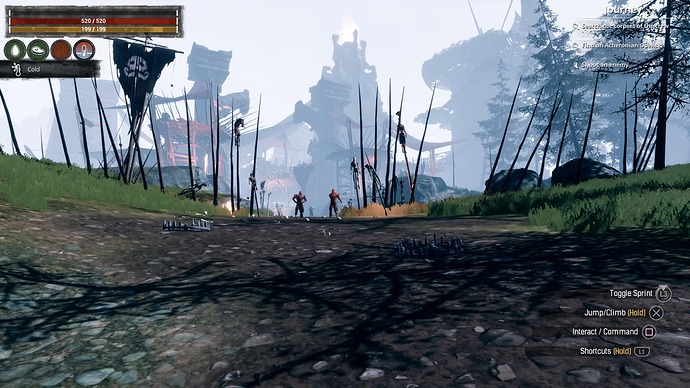 180942f4c2122-screenshotUrl1920×1080 231 KB
This is the main enntrance. You want to go through the right side and avoid aggroing those guards and activating the spike traps close to them.
Then: 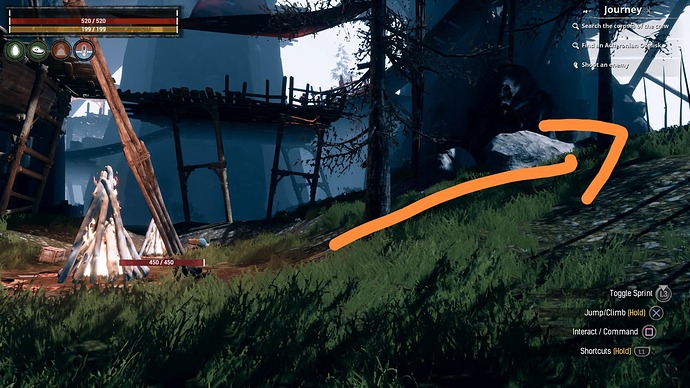 Go through here and keep to your right. It’s very close. You’ll probably aggro the bearer doing push ups and a fighter. It’s possible you might outrun them, but I’m not sure it’s safer.

This is what you are looking for (used a filter on the pic. Your visibility in game might be worse): 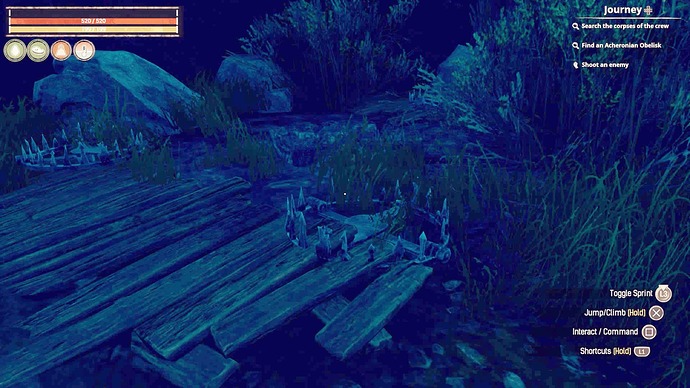 Inside the hole. You’ll want to turn right, middle corridor. 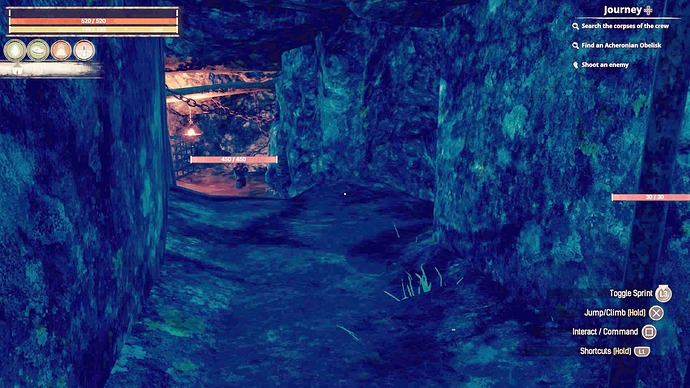 Mind THIS trap. If you’re like me, you’ll be knees deep into the ground and can’t see it: 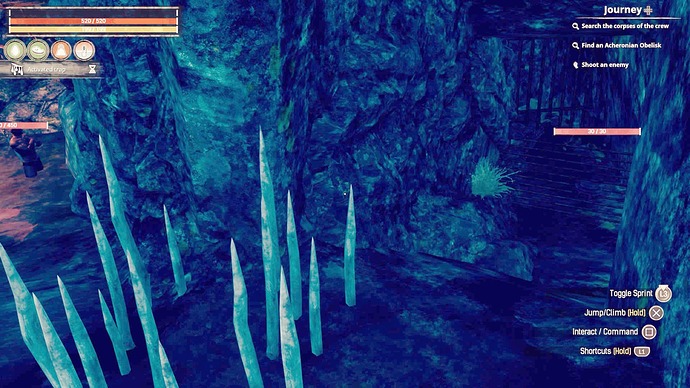 Right in front of you is the prize. Mind the toxic trap. Don’t get closer than needed. You probably will have to fight who is in the cave. This time it wasn’t a boss. If it is, beware. Early game it might be challenging. Try to snatch the pup and run if you are really underdeveloped, but, once again, mind the traps. 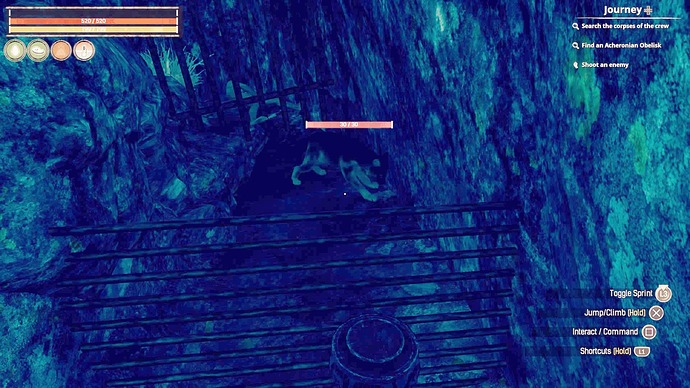 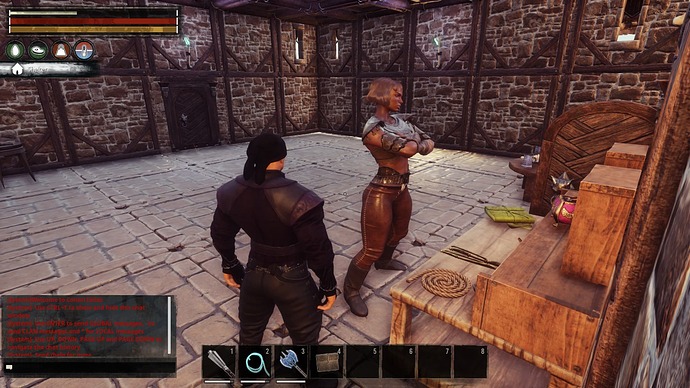 Taskmasters are always my favorites.
This base is close to Sepermeru, where you might find the best ones to get on mass.
In the Exiled Lands you have very few spots to actually find them. And in general they are less in number than other types.
I guess that is because they are also not very useful overall if you do not have a modded game.

@KorgFoehammer
Arena floor with Nemedian walls is very beautiful, what took my mind away however was the turanian floor with Nemedian walls, the turanian foundations are shining and it gives more warmnes in the space. The exterior however has to be dressed with fence foundations, it doesn’t match.
@Marcospt thanks for taking time to explain where to find Brutus. I am @Wak4863 fan and it has almost a year I saw his video how to get Brutus

. I just never bothered to train one. Above all dog is… let’s just say one of my dreams come true in this game. After horses my next wish was dogs

. I am not saying that these exist because I asked them, but I was surely to the population that was asking them here

I tend to get lucky and find plenty of taskmasters. There’s a guaranteed t4 on the Mounds, but geeez is that thing bugged! It’s always a fight to knock him out. Killing the guy to get what’s needed for the Pride of Aesir is way easier. I try to kite the Relic Hunters as far as I can, but damn, that thing is hard. It’s Gothrad the Oathbreaker, if I’m not mistaken. I usually go close (stargazer) to farm epics at the beginning and try to snatch the guy, but usually I end up dying one or two times before getting him. I always farm Szeth’s truncheon 1st (naked with daggers) before going there. If I’m lucky, I already found a blunt kit on a Sepermeru chest or something before attempting the stubt early on. But from mid game on, I’m lucky getting t4 taskmasters. Go figure…

The good old wak!
I found the dog by chance. I saw health bars bellow the floor and started searching. Saw the pup and took it. I had NO IDEA what I was bringing home ( I avoid spoiling the game and this was on my 1st Siptah playthrough). You can imagine how excited I was when I saw the result!

I thought I had hit the jackpot. Then I researched and realized Brutus always has those perks. I had a few from then on. But there are other dogs in the admin panel. I haven’t found them yet. Siptah still holds some surprises to deliver me, I guess. Only recently I found a truncheon that kills all but t4 thralls (Coup de Grace). Same for the healing waterskin, that I just discovered one or two months back (and now know it’s been nerfed). I like being surprised, even if sometimes it’s just an easter egg.