I guess the update will come tomorrow or Monday? A bigger update than Isle of Sipath itself?!?

I just hope that it’s not just an announcement announcing that there will another announcement for 3.0 at a later date

Waiting hurts the most.

Especially when your game says ‘FATAL ERROR’, and you can’t even play it.

Would be nice. UE5 was designed to be able to port most UE4 games fairly easily.

Changing engines would be “one of the biggest” changes in Conan’s history for sure.

Hum… in fact, i think it could be a trailer, not the real update. Don’t forget that we need the 2.9 first.

Don’t forget that we need the 2.9 first.

Not necessarily. In software development, its not uncommon for a company to “speed up” or even “skip” numerical sequences. The 2.9 could have simply been an internal update that we don’t see so they can push out the 3.0 update.

If engine swapping was easy, i’m pretty sure many MMORPG’s mostly FF14 and WoW would of upgraded their engine by now. As it seems Blizzard and Square Enix are hitting their heads against the wall to make their engines do what they want. World of Warcraft is still running on a modified / revamped Warcraft 3 Reign of Chaos / Frozen Throne Engine. While FF14 is still using the poorly modified FF14 engine (the one that did poorly and they took offline to create a realm reborn).

I don’t think the comment about porting in UE5 was meant seriously. Everyone knows this will not happen. But the thought is nice. 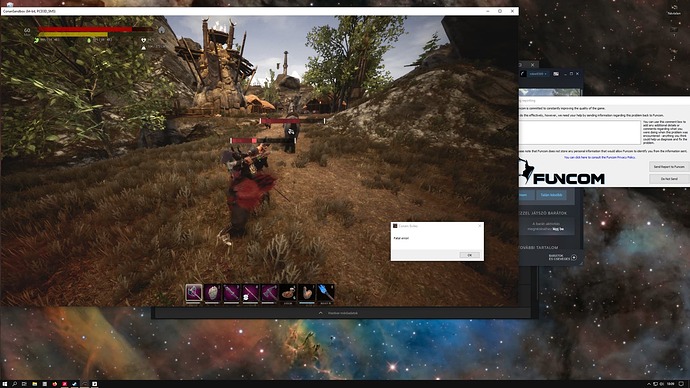 ehh there are 2 other solutions (maybe). install (driver easy). Is installed the updates that it offers you. or try uninstalling windows security

I just hope that it’s not just an announcement announcing that there will another announcement for 3.0 at a later date

UE5 was designed to be able to port most UE4 games fairly easily.

most, CE is not most, due to customised engine version

Well, there’s more to it than even that I think. I’m currently in development using UE4 and we tried moving the project over to UE5 but it’s so damn buggy! UE5 is not ready for prime time - certainly not for existing UE4 projects of any reasonable size. Maybe in a year or so.

So, while I think it’s probably not all that hard to move even CE over, the devs would probably be hating life for a good long while.