Sorcery: How about some light and nature-like spell skills in future?

Well, here are few words from so far non-sorceress:

Until today I had almost non motivation nor urge to use the sorcery in any way besides one - collecting materials. Rushed to finish the Kurak tome, but I dislike the fact that most of the sorcery is about some ugly, undead, demonic, abomination stuff and repulsive creatures.

I would like to try the bat demon flying, but still not motivated enough… Maybe one day.

As was stated before in similar thread about nerfing sorcery, we now have “Basic sorcery” feat. If this could be renamed to “Dark magic/sorcery”, we could have the light and nature spells maybe, one day?

Something, anything that won’t inlcude killing and sacrificing another human beings or sucking their souls out of them, for example.

How about some ability to call powers of nature to entangle your opponent in the woods. Or some godly power which allows you to stun the other player, so you can escape.

I would certainly come to more ideas eventually, but not sure how much would other players want the same thing. Just and idea, more people could think out more good options. What do you think about this? Or is it somehow locked in the lore developers intend to stick up to, and there is no way around it, to contribute with anything new?

Witch hunt was always about seeing potential witches as something bad, which they mostly were not (inquisition, for example). So why would not allow us to use another types of sorcery?

Person can chose for example Mitra religion, which is something about righteousness and being the good guy, if I put it simple.

How can actually something like this be in the same mindset of a sorcerer, who has to cut throats of another men in inhuman way, to became magician?

Don’t take it like that I am some kitty in this matter, the slight gore is not my concern.

It’s just that missing option to study sorcery another than very dark and shady way.

Well, so far sorcery in the exiled lands specifically is accessible through blood. Mek-Kamoses his sorcerous abilities are currently dampened but through blood some rudimentary sorcery becomes accessible

Perhaps a Mitra non-sacrificial variant could be achieved by having a sorcery station that requires several Mitra priests stationed in order to research and create items. Having them voluntarily perform a non-lethal bloodletting that costs a significant amount of time to perform, and requires for example a Feast of Mitra and Concentrated Aloe Potion for each priest stationed, with each priest giving 1 blood and them requiring the feast and potion to regain their strength.

At a minimum of 2 priests required, with 5 being the maximum i could see it being a thing. Plus it’d be neat to see even without animations i’d bet.

It wouldn’t be cheap or easy, but the honorable, just way shouldn’t necessarily be quick and easy.

I would urge you to brush up on your lore; this isn’t that kind of fantasy.

Sorcery is, on all accounts, evil by nature. No power comes from one’s self, only knowledge on how to manipulate reality and deals with dark gods and demons. These rituals always have a cost, and that cost is usually soaked in blood.

Even within the books, there are no ‘good’ sorcerers. Just ones who act favorably for their own motives. Common enemies, revenge, or even just payment.

The Mitraen faith is vehemently opposed to all sorcery, given that all sorcery is evil and inhuman. As such, there is no Mitraen sorcery

But is there a nature based faith (similar to Wicca) in the lore?

This is what’s actually missing more…faith-based magics. Yes sorcery is bad but I don’t believe they have done faith supernatural justice as extremes are there (avatar to pointless) but not the middle ground. You could use essences to fuel it and each faith has unique.

Set? Pain. NPC’s drop in agony and whither. PC’s are blinded in white blinding light and slowed.

Mitra? Turn off player combat for a 15 second interval.

I would also point out that even some of the nicest Mitraen priests in the Exiled Lands are some nasty individuals. Even the ones in the Oasis are trying to bring upon an avatar for their own purposes. If anything, rituals committed at religious altars should ALSO inflict corruption when used. Mitra included.

If anything, rituals committed at religious altars should ALSO inflict corruption when used

Now this I could get behind. You want a god bubble? Well there is a corruption cost to that.

But is there a nature based faith (similar to Wicca) in the lore?

Not really like Wicca at all, no. “Nature” based witches still performing dark rituals to dark gods, most of the time to the very same ones.

As for faith based magic, that is technically possible but likely not in the way people will want. If you pray to mitra for something, you’re not going to get some big spiritual event that will shape the world. You’re gonna get advice on what to do at best, and maybe a dream that sharpens your sword.

maybe a dream that sharpens your sword.

Generally speaking, sorcery in Conan’s world is all dark to some degree. Magical power tends to come from pacts with demonic creatures or godlike entities. Mitra is about the only ‘good’ higher power I can think of - and having seen an above post I am reminded that Mitraens abhor all sorcery.

Most sorcery and associated entities are very Lovecraftian in their nature - there really isn’t any light-hearted high-fantasy style magic.

Bottom line is pretty much this - if you want sorcerous powers in this world, you must be willing to do dark deeds - and pay whatever price such power requires of you.

The funny thing about the Mitra religion in game is that it’s utter BS. It’s a blasphemy at best.
Mitra forbids human sacrifice and shuns the use of precious metals in his shrines. And yet, we harvest the fruit of murder that is then offered at the golden icon of “Mitra”.
The religions practiced in the Exiled Lands are shams, blood sorcery with a religious veneer.

There could easily be magic slanted towards nature. Very concordant with the worship of Jhebbal Sag. But it is not light or fluffy. It is Blood makes the green grass grow. Not overtly a thing of eldritch horror. Rather primal terror.
Probably not what you are looking for.

As has been mentioned, the source material is fairly explicit that the overwhelming majority of magic use is horrifying. There are corner case exceptions. And Howard was no fan of witch hunts, note that real practitioners of the dark arts would not be so easily victimized. That’s a can of worms on the side.

This one would like to see future growth into the language of beasts and such. Hopefully coupled with buffs for animal companions. But the magic of predation and feeding one’s foes to the earth is an entirely different thing from the sorcery we have now.

Good points made, i guess my earlier suggestion doesn’t quite make sense and fit into the way sorcery has been introduced currently, and what sorcery and worship of Mitra is in the books. 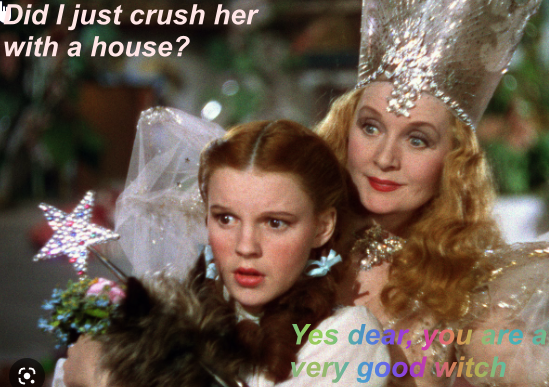 The religions practiced in the Exiled Lands are shams, blood sorcery with a religious veneer

Conan tells this basically when you talk to him. The gods in exiles land have been hijacked to use for power among the desperate to survive.

Let’s see if we can put some perspective here. All magic in the Hyborian age is corrupting. Even the faiths. Even the so called ‘good’ faiths. Why? Because they are aliens. Mitra, Set, Jhebbal Sag, etc. are all cosmic entities. Their powers are derived from forces and energies the human form is incapable of containing. It drives people mad and it deforms the body.

Mitra is a little better than his peers by not taking direct action. But in the exiled lands, the exiles are using forces devised by the Giant Kings contorting faith into even worse aspects. The followers of Mitra at the oasis for example are more evil, more corrupt, and far more nefarious than a High Priest of Set in Khem.

Conan tells this basically when you talk to him. The gods in exiles land have been hijacked to use for power among the desperate to survive.

The world may end. We agreed on 2 subjects in 24 hours lol.

Now this I could get behind. You want a god bubble? Well there is a corruption cost to that.

But my character is perma-maxed corruption anyway.

Do you really want to politicize a game from the Conan the Barbarian universe, where everything is about barbarian blades and dark magic? There are other games of light and nature magic and vibrant colors that you can play outside of the barbarian theme.

Thank you all for your opinions and ideas.

There is something about it, that some good magic would not go very well with the Conan lore overall. Well, it was just and idea.

Conan’s friend Akiro (real name is Mako) is a wizard that seems to have no real evil intentions.