On single player I’m waiting literally an hour real time for meteorites to fall. Is there something I’m doing wrong? Can I encourage them to fall more often?

I am a purely Offline Singleplayer myself Munginho. No you are not doing anything wrong friend. They simply take a LONG time to spawn in on Singleplayer mode, up to 1.5 hours! But just checking Munginho, are you certain you are in the correct area? I have examined this issue in fairly good detail in a seperate thread which I created here (see below). If you have any questions, shoot.

Game mode: [Offline | Singleplayer] Problem: [ Bug ] Region: [Here] Im sorry to say this, but it looks like this issue is still persisting. My poor partner is level 60, and has now been playing the game, on and off, since it first launched back in May. Unfortunately, we have still not seen even a so much as a single Star Metal meteor appear on her game in that entire time. We have both spent days, even weeks of real world time taking turns roaming and waiting around in the Western half of th…

No, you’re not doing it wrong. Star metal mechanics are a bit wonky in single player. I could go into details, but basically what it comes down to is you have to putz around in that region for several hours without logging off until a meteor shower hits. There’s no way to accelerate that currently.

I’m wandering around the Frozen slopes and north of fristneedle forest. Usually 4 to the northwest of the slopes on multiplayer

Lots of things seem different in single player. NPC spawn sites in multiplayer are vacant. Fragments of power aren’t always in the places they should be. I’m only on SP as I’m sick of people trashing and destroying my bases on multiplayer, or admins resetting servers after I’ve spent 2 weeks building something enormous. I just want somewhere nice to live and not worry it will be gone when I next log on

Yeah it sounds like you are in/around the right area. As @Glurin pointed out, you just need to continue loiterring around and be VERY patient. I just park myself on a high ledge ehere the wildlife wont harass me then set the controller down and remain stationary. Here is what have advised other Singleplayers such as us to do previously:

"The spot where we both usually get them to appear, and which I have also seen videos of is an unmarked place on the map which I have tentatively named the ‘The Twins’. They are located in coordinates E,13 on the map(?) if memory serves me correctly. It is the 2 large statues located South-East of The Temple of Frost and overlooking woodlands.

It take a long, and I mean LONG time for them to appear; especially for your first time. Some people have reported 30-40 mins, but for her it was literally 1.5 hrs! But subsequent times dont seem to be quite as bad thereafter. So here is what I would advise. Stock up on food and water supplies and anything you need to crack them open, and park your character on a high ledge or one of the statues themselves, where you will not be constantly harassed by predators. Now literally wait a looong time. Face South overlooking the woods and up towards the horizon, then leave your character stationary and just wait. If you have a portable DVD player, literally watch a film and leave Conan Exiles (with volume on) on in the background. No Im not trolling or being cheeky, this will help pass some time, and let you keep an eye/ear on it in the background. You will literally hear and notice them when they come. Only interact to top you characters food and water up where required, and avoid wandering. Good luck friend, and let us know if you succeed hey."

I waited an hour and 10 minutes before I gave up. I was even running back and forth from the Frost temple to Mounds of the Dead to see if that helped. Absolutely nothing fell.

The way it basically works is there’s a (I think) 30 minute timer. When the timer runs out there’s a 75% chance or something of a meteor shower. If there’s no shower, the chance goes up 2% and the timer resets. So yeah, you could end up sitting there a very, very long time with no shower. And no meteors either.

Thanks. I really like this game but there are sooooo many bugs still

Who ever made the text for the picture, posted sth really false…

I think there should stand “and mostly NORTH of the red lines”. South istn even snow-area anymore…

Für Singleplayer it is better to obtain Star Metal by farming high level mobs (Nordhemeimers and above can drop the ore) and Mounds of the Dead NPCs and dismantle their weapons.

Waiting for a meteor shower to happen once in your lifetime and then mining the rocks gives you plenty of the stuff. It’s not like you need a constant supply of star metal in single-player mode.

But yeah, if you need only a little, murdering a few Cimmerians and dismantling their stuff works.

I’d like to get a more well-defined map for this and I’ll leave the file description be for now.

In singleplayer nothing speaks against building an outpost in the area. Either on the Frozen Slopes or east of Stargazer Crest (because obelisk nearby). First lay down a maproom so you can bring other stuff in. I usually get my first meteors while building. That way i have everything at hand, storage, explosives, warm food and drink. Still no meteors? Ok, i farm black ice. Sure this takes time, but i want tons of starmetal, black ice, cimmerian thralls, so it is worth it. Also there is a way over the mountains between the mentioned locations, and up there most meteors (Skyfall Ridge) fall.

and up there most meteors (Skyfall Ridge) fall.

o_O
I use the obelisk to port up there and never run past Bleakwood ruins. I have (offical PvE server) over 8000 star metal bars.
Yesterday I made a way over mountains to Dragonmouth when I hear strange noises and looked up and saw the shower.
Found 6 meteors, where one disappeared after cracking the outer shell

4 were between the big open area between The Frozen Slopes and the obelisk and 2 were near Icekeeper Hollow.

But after checking the Wiki, it says that the max could be 20!!

Will check the south/Skyfall Ridge next time. 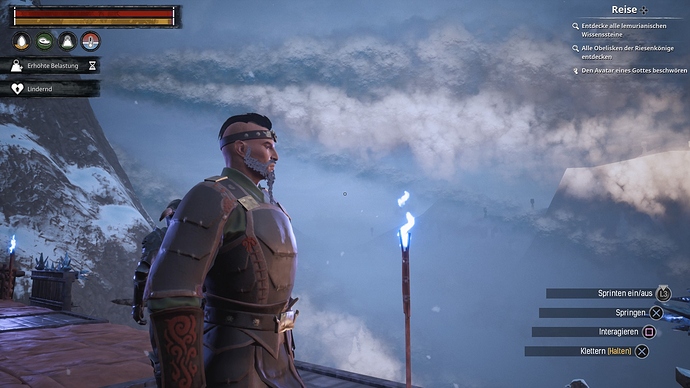 From personal experience, both solo and online private (I do not play official servers), I’ve found working the north side of the mounds resolves that sort of problem. In two ways, really.

Sometimes, not either rare or often, I hear a meteor drop off in the distance. I have run northish and found asteroids, broken and harvested them, in the snow. As far as I can recall, never in the tundra.

Farming the mounds actually gives me enough star metal to suffice, though, even after the recent change, as Kapoteeni pointed out.