Few weeks. Just hit live yesterday…or were you part of a test group? If so, anyone bring up the pvp raid ramifications of guarding thralls nerfed making offline even more effecient for pvp servers?

i would love to see a masonery bench, where you can build your stuff, (put the UI there) not attached to a hammer, not allowing people to pick up building pieces and have it in inventory form is a BIG mistake on funcom. moving the UI out was a good call, again they can put that UI into a bench instead, and let people choose how they want to build, (you cant go by giving options to players)

That would be a plus. I think I’m beginning to see @LostBrythunian’s viewpoint that this has been done to prevent the sharting of DLC pieces.

I need to do a test run, because like a good Boy Scout I deleted my old TL save and started afresh. I wonder what happens to grandfathered DLC pieces in inventory after the 3.0 update?

Few weeks. Just hit live yesterday…or were you part of a test group? If so, anyone bring up the pvp raid ramifications of guarding thralls nerfed making offline even more effecient for pvp servers?

I was blessed to be part of the Siptah Beta, but unfortunately it coincided with my health issues and I could only give it about 2 weeks of good testing. During that time I noticed there were few PvP opportunities.

grandfathered DLC pieces in inventory after the 3.0 update?

i believe Den stated he thought those ids were foung to be “reset” to the raw mats …but not confirmed.

I’m a modder and pve player. So pvp interests me only marginally

I think I’m beginning to see @LostBrythunian’s viewpoint that this has been done to prevent the sharting of DLC pieces.

they could fix that in other ways , for instance you cant pick up DLC items , ythey can make it so, you cant grab anything in the dlc in that bag if you do not own it.

you know soemthing i would like to see is the ability to trade, (in t here you could for instance black list items based on the DLC the receiving part has,.

there are work arounds., i honestly i dont think they did for that reason.

If they did do it for that reason, it is a very silly one. They’ll make far more from the Bazaar and Battlepass than they will from people in a clan not being able to pick up pieces and being so disgruntled they buy the decor pack.

Hopefully it’s not as obnoxious as is being suggested or will be tweaked a bit before live release. Thanks to everyone who’s testing this stuff out for us all!

clan not being able to pick up pieces

If you Full using expertise build carry weight is no problem to you, you can carry tons of mats and build things really fast, the new construction mechanic also has a much more interactive and dynamic UI (I don’t have to spend a lot of time looking for a foundation) I really liked the new creation system and it’s one of the positives for me

Whoa…so this means my Wight is the only one I’ll ever have once 3.0 drops?! NOOOOOOO!!!

Here are a few observations from my latest play session in SP, Barbaric with no mods.

There’s something not right about the merchant/treasure seeker Gilzan in Sepermeru. I keep finding him outside of the Unnamed City… 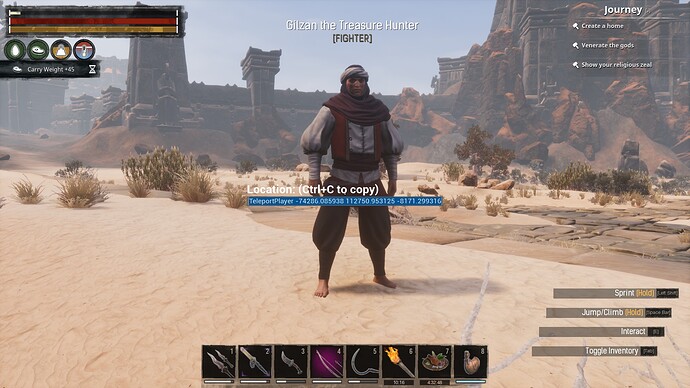 There was another sorcerer that spawned in Sep City. He or she (I didn’t get close enough to tell) cast a spell and it started raining Storm Sick NPC’s. 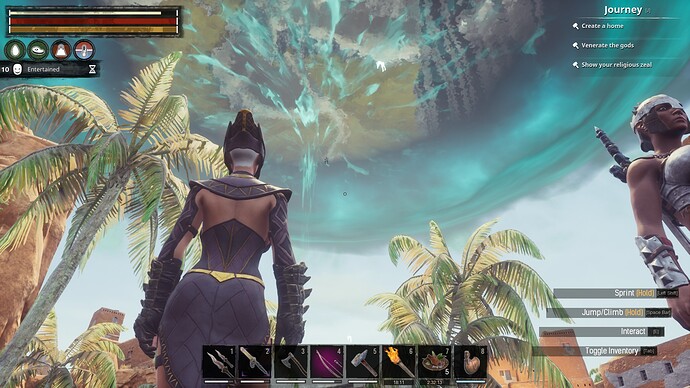 There was another sorcerer that spawned in Sep City

Thank you for cluing me in @Krakoziam

I don’t watch the dev steams much any more or read the announcements much either.

Gilzan has been in both of those two locations for a long time. Him being there isn’t anything new.

Thanks @drukuku. I thought maybe it had something to do with my PC running low on resources. So that’s very good to know. 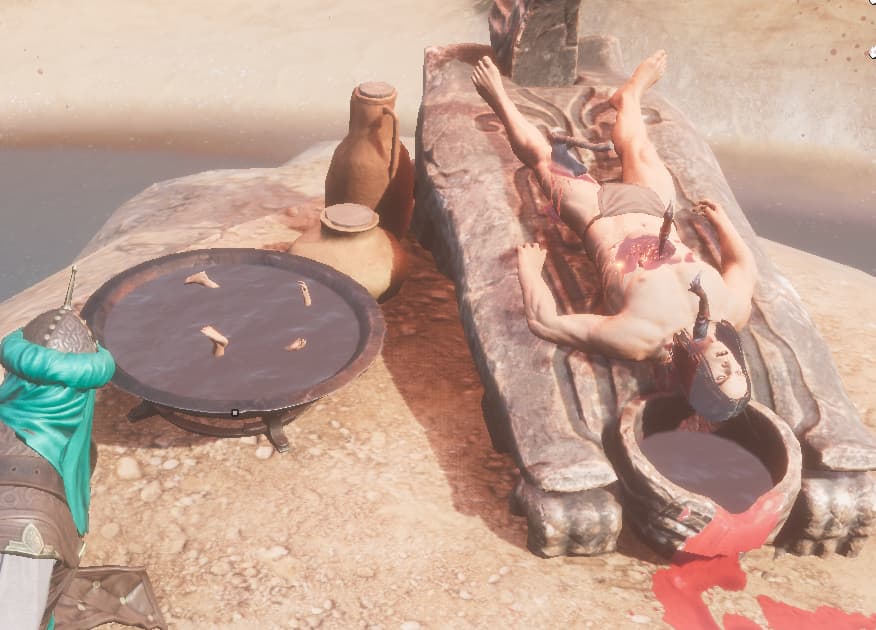 image876×630 59 KB
I can say i am interested those to left in bowl compared to guy leg are so small, soo those are kids legs or dwarf human legs?

I think (entirely a supposition based on what’s there) it’s some kind of hanging thread from whatever implementation of story content they were going to originally put in. Like, both versions of the NPC have the same dialogue files, but a chunk of it sounds (from context) like it belongs to the version outside the unnamed city rather than the one in sepermeru. It also implies there was supposed to be some kind of mission/quest he had previously given us and didn’t expect us to come back alive from.

Isn’t that the deco item from Grave Matters? And I think it was default that size instead of so huge to match real feet size?

There’s something not right about the merchant/treasure seeker Gilzan in Sepermeru. I keep finding him outside of the Unnamed City…

++
“It’s fine for Gilzan to appear here and there, he’s a treasure hunter and so it’s only natural for him to have a bit of a wander-around.”
++

I may not approve of the method but I do approve of the results. So long as it makes the game better I am okay with inconsistent exploit policy as it regards humans vs. AI.