Gosh, I LOVE the look of those gateways. They are better looking to me than the current big gates, although there is a place for them as well, I reckon.

Just ran into an Event by the Lost Tribe/Skywatcher’s Ridge (? Cannot recall if that’s what it’s named). 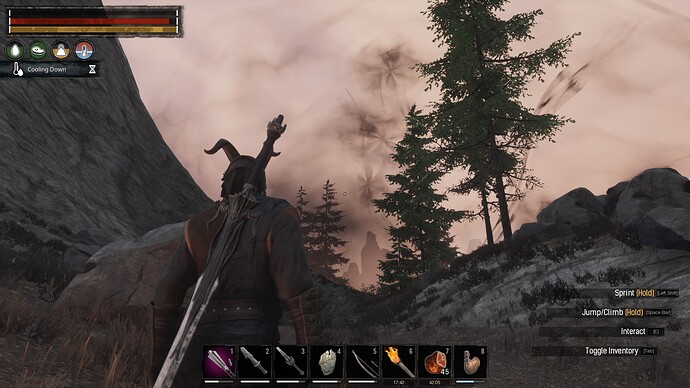 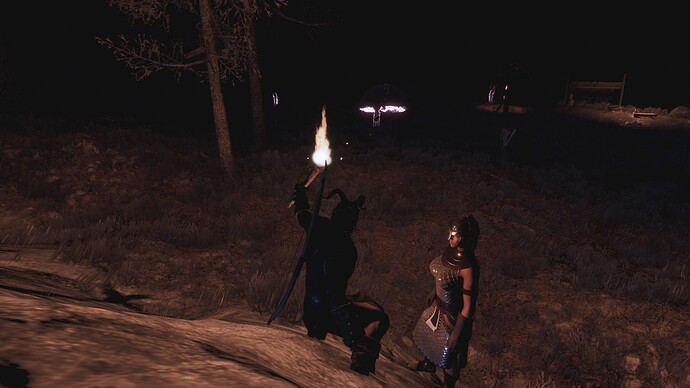 My thrall was only a T1 Cimmerian Fighter lvl 10. So I opted to go around the event. Boo me!

Live to fight another day. At that area, likely the event is challenging.

But so was the one with migos (portal to yuggoth) in an area that is easy. It caught me completely off guard and cost me a thrall. I didn’t know what I was getting into, but went anyway. You were wiser.

If that is the Illusionist Lieutenant, then I thank you, my man. I’ve been looking everywhere for him.
I’ve found the other three (Demonologist near the Volcano Obelisk, Druid at the Jungle Passage entrance and Necromancer at the Ruins of Xullan), but this one has eluded me for a long time.

Yes. I think it was the illusionist. He was in the protective field with 4 more of himself outside of the field.

Never had I had that problem when placing the doors on the front of the elevator, but it would be nice if they fixed the side ones as well. As I understand it, it also has something to do with your character height.

A new patch for Testlive has been released.
You can read the list of changes here:

Testlive S1C2 Patch 1 [PATCHNOTES DIVIDER] [Purge and events] Cheese was once defeated after fixing some known spots where NPCs would not retaliate. Completing some of the events should be a more grating experience. Adjusted the rewards and costs for the new Headhunting event. [General Bugfixes] Fixed an issue that could cause Sorcery knowledge to be lost after drinking a Yellow Lotus Potion.

You could be sent off to the same places spelchekkers go.

Swapped the text to the new nomenclature.

The graphical assets will still be #spellchekker worthy until the live release though!

I can tell that you got alot to do if thats the only fixes for the first part.

When do we see fixes like HP bars dissapearing?

From the beginning of the sorcery update i cannot play offline siptah and now is chapter 2 and still they dont care about players , only batlle pass is important to funcom , many bugs from the lunch of the game remain and even after 4 y not fixed , i need to wait until some unofficial verions game come out to play normal this is joke .

You do realize they fixed like 800+ bugs and not just those Ignasi picked to put in the patch-notes right?
Now if chapter 2 comes out and it turns out that was all hype and none of it is true, then fair enough, we’ll complain again

I’m just eager to see if the game runs decently on ps5, because those textures going on and off constantly is driving me nuts!

[feedback] several merchants have been added in the map.

which allow you to buy weapons. outfits. and t4 slaves. with obole coins.

but very few slave variants are purchasable so only useful for the beginners.

Okay, I saw the update and spun up the dedicated server app to see what changed.

For me, not a lot. Cats are still cats, sorcerers still give a random 9-12 whatevers, along with various small amounts of alchemical base, steelfire, etc., regardless of tier, caravan guards still aggro if anything attacks you, and using your obi-whatevers gets you . . .

Spending the obi-whatevers is actually useful?

Supply packs with actual supplies rather than T1 bearer drops?

Weapons and gear that are appropriate to the level the caravan is?

Actual T4 combatants that are 2 ranges higher than the area of the caravan?

Actual T4 crafters , albeit, I still keep getting a lot of a T4 alchemist, but, since this means oil when you are level 20-ish, I can live with it.

I was looking forward to the new season just for the new building sets, but these updates to the bounty system make it worthwhile. Especially on Siptah.

Does anyone know if the cats level up? If they do, they better have perks like Murder Mittens, Ignore human or Pet me. Now!

Any one want to tell funcom at least 2 of their headhunter camps are in build zones so there is a good chance of a preexisting structures?

Haven’t checked the vulcano yet.

Does anyone know if the cats level up? If they do, they better have perks like Murder Mittens, Ignore human or Pet me. Now!

Yes, but why? Don’t see where it makes a difference other then HP. But ya “rub on ankles” would be a nice distraction for archers

if you built your house in the camp of the merchants . your house will probably be destroyed

Any one want to tell funcom at least 2 of their headhunter camps are in build zones so there is a good chance of a preexisting structures?

Maybe they’re ahead of schedule

Guys this is me or T3 spells voice acting sound more catroonish now? to much speed on voice (female character), reminds me Chip and Dale =D
T1-2 new voiceovers are good.