The Black Circle, fresh as of 30th September, is a roleplaying server keeping the games PVP and PVE mechanics, but integrating a vast and in depth dice system for RP between characters. We have ensured all races of the Hyborian Age are within this system to create the character you want, classes with various abilities within this system to enhance the RP, and other perks that come with your character’s nature.

We follow Conan the Barbarian’s expansive lore of the Hyborian Age and ask that characters are created with this in mind, though any player new to this will happily be assisted.

As we begin our journey as a community, we invite you to join offering such things as:

“The actions you took to get here matter little against the unforgiving landscape that you find yourself in. Though not all is always as it seems.

Who will you become before you return to dust? Your survival will depend on your strength, your wits, and your cunning.” 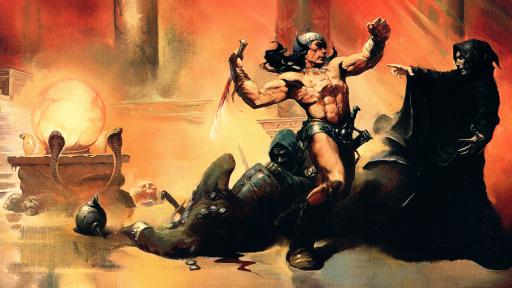 Check out the The Black Circle community on Discord - hang out with 40 other members and enjoy free voice and text chat.