The Chef is in (Official PvP/RP video) 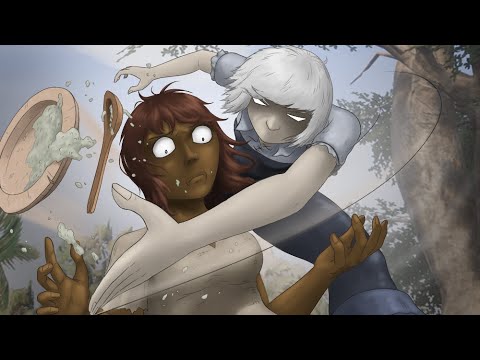 Fantastic job m8, stunning work, congratulations. You deserve the attention of our fellow exiles 1000%. I really hope they will support your efforts. Congratulations again!

I am sorry for typing again!
… Omg you brought me 4 years back… Thank you!

I was searching for knowledge in pve servers, though I have “finished” the game many times in all the difficulty levels, I was sure that this ending was placed for two reasons.

So as I said I started searching online now things I have missed from the game in pve servers.
Unfortunately the servers were overrunned with humongous builds and highways from the one side of the map to the other. So I knew, playing in official pve was a lost cause!
Then I went pvec, I spend about 2 months but… Worst I can say.
So I went pvp, but at this time I spend in the other servers I met some guys who were jumping from pvp servers to recruit “volunteers for war”. So I joined a clan and this is it, now I was sure that I don’t know the greatest secrets this game has. Pvp servers became my house, not to pvp, but to learn. Even your opponents were chatting with you, or call you in vocal groups , having all kinds of conversations, about real life real problems, wonderful people, really beautiful days, the oxymoron… In pvp servers!
My role in this servers was always this, to share my knowledge openly, to help them learn how to farm this, fix that, even give them their first kill, or the elephant trophy. Sharing a couple hours, or visit almost everyone’s houses was a joy for me. Of course at the end, like this little story, a vicious mindless clan was coming to bring everything to the ground and shake the waters of this server. I was calling them hurricanes! So many players decided to go and rent their own servers, just to make sure that hurricanes will be in control! On my expedition to accept invites and visit private pvp servers of this game from people I met in official servers, I finally met the players I want to stick with and work for them non stop. They are still friends, still in my heart! I was their farmer, chef *, base organizer and goalkeeper. I hated raids, so I never follow, but when another clam was attacking, it was my best.

*(once I said to the vocal guys I am your chef ok!!! They answer, OK Stelio we can always talk about this, they were French so chef means leader

, I said why, does anybody else cares to cook in here? Then they all started laughing.)

So beautiful days my friend @Kilix, so beautiful journey!
This video was a beautiful flash back, thank you

Heh, I call those guys “Level 10 purge”. They come whenever a server is full daily for a prolonged perio of time and when it’s at the peak of greatness… to ruin it for everyone. I think these are the same people every time. For whatever reason they really hate this game and do this in order to drive away as many people as possible. If they wanted loot or thrills, they wouldn’t go after RP bases and solos, and they wouldn’t blatantly cheat. Yet, you’ve seen what happened.
And ye ‘chef’ is an interesting word. In Russian, for example the cook has it’s own word “Повар” [Povar], but if you want to say “Main cook”, you’d use “Шеф повар” [Chef povar], so it has its roots in slavic languages too.
Anyway, really glad you liked the video, make sure to check others that i made before ^^ More will come, but only after a very long break.