The game hurt my eyes

Is worse in the north, I am not a technician Idk what it is but, looks like DPS drops are doing it? lighting? idk

Likely lighting, Its got a weird “quick” screen flash. I know few players who have had some issues in Northern lands.

Few of them, never had issue till updated fixed weather in North. (used to never rain for host)

It’s also possible that all the indirect lighting (caused by the lower frequency of direct sunlight) in the north is straining your eyes. In the far north, all the whiteness of the snow and framerate issues caused by tons of trees and animals would only complicate this further.

Personally I usually have problems with depth of field. Gives me bad headaches if I have it turned on. I don’t recall if CE has a setting for that or not, but you might try disabling it if it does.

If you don’t know what depth of field is, in photography it’s the technique that lets the photographer take pictures of say, a leaf, which is sharp and clear but everything else in the photo is a blurry mess. Here’s an example: 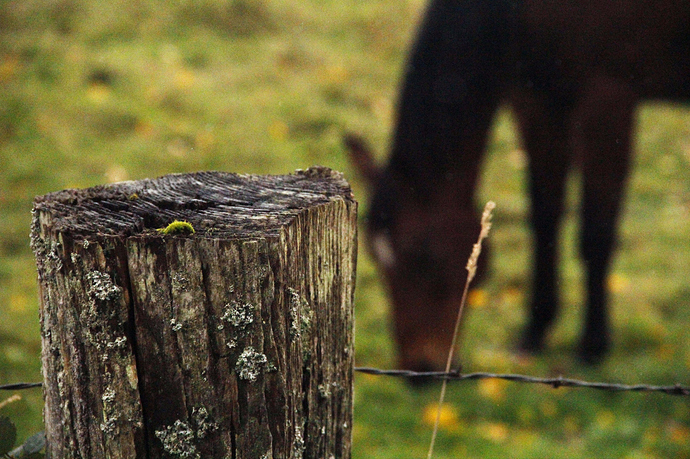 In video games though, it results in everything constantly shifting from blurry to clear to blurry again and it hurts my eyes because they’re always trying to focus the stuff that’s in the background. I have similar problems with motion blur effects in games.

Also, IMO I think games just look a lot better without it anyway. Here’s an example from The Witcher 2 for comparison: 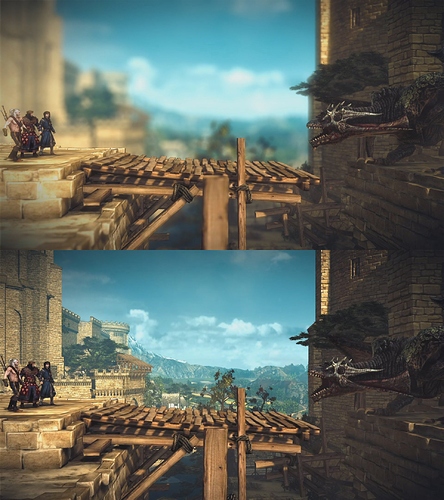 I understand but I have several games and this is the only one hurting my eyes, that is the weird thing

Try setting Post Processing to ZERO in order to reduce graphic blur, Turning off AA also helps. As for lighting open console by pressing " ` " and type : R.bloomquality 0 . This worked for me.

I have an issue with camera bob, where the screen seems to bob. Makes me dizzy and causes me headaches. My gf has the same issue. We both wear glasses. I use a mod that stabilises the game so there is no bob in 3rd person view. 1st person view it still bobs, so I stay with 3rd person.

The other issue is frame rate. To check if its that you can turn on the frames via steam. Click on view > settings > In-Game > In-game FPS counter > Top-right (or where ever). This will show a little number top right for FPS. For me if it drops below 30 I get wicked eye strain and headaches.