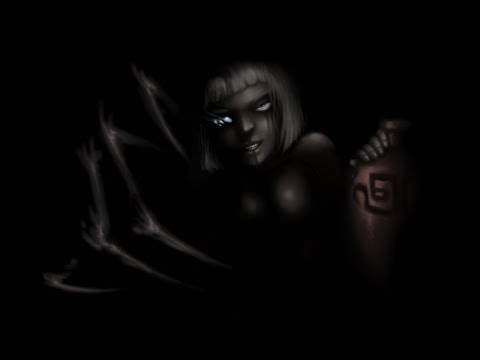 I love it , If funcom is watching … This is a true story to why your official pvp are dying , good player are being outdone by the ego biggot raider.

Honestly, I don’t want to make a jab against Funcom here. These guys were not cheaters and they earned their victory through unstoppable aggression. The real issue is that too many people leave at the first sight of trouble. And there is no real way to fix that. Unless…

I’d really prefer there to be way less official servers, and the capacity of each increased. 40 people max is just too little for maps of such huge size. If there were few official servers that could hold, let’s say, up to 80 people, now that would be fun. People wouldn’t leave too fast and there would be more competition within each server.

I mean that would require new servers

the current ones have heart-attacks even with 15 people on.

Maybe, shortening the raiding time to 2 hours per day can make people more “focused” than “tired”.
Like, when you watch TV, it says a lunar eclipse is gonna be seen at 7:30.
Everybody will be there at 7:30.
But if the TV says it’s gonna hit tonight.
Somebody will wander around doing some other shet and come back only to find it’s gone.
But can you blame them for not sitting there watching the sky for the whole night?
They got a real life to live. They simply don’t have the whole night. That’s it.

If someone enjoys 6 hours 7 days raiding time, he/she must have all the time in the world.

That music… is that from Alice: Madness Returns?

oh no i wasnt talking about cheating at all , but the mere fact of the pressence of offline raiding is what i count as bad method. Had that been resolved better , perhaps the pvp wouldnt be so bad.

Many private server pvp , has something called declared raid , and then the two clan meet up and discuss what a good time for the raid to happen. Then the two clan can prepare its defenses and offense ability and just have a good time. So what you lose everything in the raid. AT least you had fun and then afterward just have a drink and commend the battle and try it again.

All in all , good sportmanships drive a community forward.

Absolutely agree. 2 hours might not be enough for big clan raids, but it would overall be better for health of servers. Committing 5 hours each day to being online in a video game is a bit too demanding. Perhaps, lowering it to 3 hours, or to 2 at Workdays and 3-4 at Weekends would be better than it is now.
However, I would never want to change the current system in place. Offline raids are a stick with two ends. If i can be offline - I can offline too. Without it this kind of revenge plots would not be possible.

40 people max is just too little for maps of such huge size. If there were few official servers that could hold

. You have a talent on making videos, but tbh, maybe I am off pvp servers about 18 months now, this was really light pvp, so light that it seemed like directed! I know that official pvp is mostly spawn kills and raid off, but has nothing to do with the madness of 24/7 pvp private servers.
You are a gifted YouTuber, I really enjoy your video, congratulations, really, wonderful job! But this is not the pvp I played, not even close!

Ok, first of all, getting accused of the video being directed (It’s not) is the greatest praise XD Thanks!

Second, I am sure that if Funcom wanted, they could make officials handle more than 40. All they need to do is to get new, better servers and to invest some money into that. If that means shutting down all of the old servers and by doing that causing a complete wipe - that’s a sacrifice I’m sure most people would be fine to make.
Hopefully with the new monetization Funcom will consider doing that one day.

Ok, first of all, getting accused of the video being directed (It’s not) is the greatest praise XD Thanks!

Second, I am sure that if Funcom wanted, they could make officials handle more than 40

Man I really loved the video, truly!!! You have a gift, please proceed to do more, it’s not only pvp in this game, you could do magnificent role play pve videos too! This video is similar to @Barnes videos, they are very interesting for the one that’s watching them, fantastic job and THIS IS NOT A COMPLIMENT!!! It’s true!

@Taemien can explain about g portal not me! I am a simple Playstation player, burned in this game with no technical knowledge about these things.
What I reply is from what I read here and I think I have something that looks like knowledge, but it is not!
By observation only on my console I will assure you that the greatest issues in a server start when this server is very populated at this time. I play in American servers because at the time I log in the server has no population! After a couple hours that the American morning visitors will arrive, I constantly crush so it’s time for me to stop playing! Though it seems that this is a PS4 problem mainly, I read here similar complaints from pc players too.

Anyway, my greatest reason for visiting this post again is to congratulate you for your video, tomorrow morning I will enjoy more of it

) and hope that I will trigger you to do more RP videos, because you can, it’s obvious!
Thank you @Kilix

Big thanks, I mean it!

There will be one more video, the Chef playthrough that I’ve mentioned. But after that I’m afraid it’ll take a very long time till another one. I’m currently on a break from CE. Not only because of cheaters who ruined my final playthrough but also there’s that new WoW expansion that I’m kind of interested in. Plus the Elden ring playthrough project which I still didn’t finish.

As for the servers and stability - I agree, when the servers get full they start lagging. Especially during the raid time. Is that due to all the duping/exploits that players do? Is this the game script itself unable to handling too much activity at a time? Or are the servers just that bad? I have no technical knowledge myself and I don’t know the answer. But I believe that if Funcom really wanted, they could fix this somehow.
Maybe now that they’re done working on the magic system they’ll switch to improving server stability. One can hope at least