I hope all these Ages come true in the future. Loved the ideas, everyone!

Age of savagery or w/e … I couldn’t resist… I see this upcoming update as a perfect opportunity to expand on some races in the near future… ahem… like kush and darfari tribal buildings.

I wanna see an Age of Thieves - stealth and camouflage mechanics, new religion (Bel god of Thieves), thug/thief weapons. Bandit or highwayman masks. I want a mask that covers only the lower face. Lock picking!

Honestly though all these ideas are great. I’m so ready for the update.

age of piratery (with boats)

age of settelement (with city-life etc…)

Age of music (with playable instrument)

I’d love to see a full racial over haul where each race gets different attribute bonuses and benifits, as well as negitives like,

Nordheimers being more resilient to the cold but less so in heat,

Dafari start with the ability to eat raw meat naturally

Cimmerian’s can make hardened steel earlier then other races.

One of the best parts about everything that has happened in the four years I’ve played this game is I’ve had to adjust how I play with every major change. That’s what keeps me coming back.

Well, that and the endless posts from people about this or that change which makes the game unplayable and they are forever quitting this game if Funcom doesn’t put back that one thing they really liked.

My god, that was so good!

Age of the Dead.

Free-Reworking the witch doctor followers from pets to thralls in the grave zone. Instead of corrupted bones, use thrall dragged to the grave. T4-legion warrior (hard level), t3-wight (Medium), T2-Skeleton warrior (medium), T1-skeleton (easy)
Can be equipped with armor and weapons (including bows)

Free-Haunted benches
Soul Fragments can be used to empower a bench for an hour to produce items as their original body was. 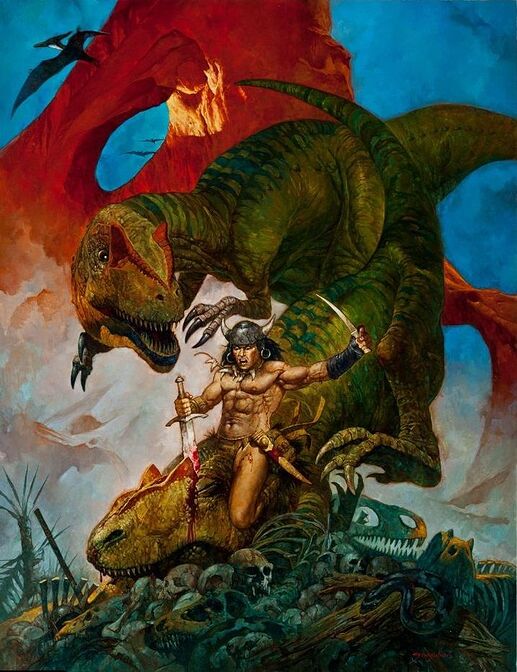 Following the thought of @Usernameextra

It would be nice to see some more ancient looking stygian armors, seems like conan keeps getting closer and closer to medieval stuff

2 I would also like to see more focus on the Black Lands - African focused building sets and cosmetics, including hairstyles. There is a lot of neat architectual styles from Ghana, Kush, Punt and other African kingdoms and societies. Its weird that we have more Khitian and Yamatai specific styles, when the Conan canon had more in Africa than the far East.