This many years in, and we still can't change worker thrall clothes? Seriously?

I’m not a developer, I don’t mean to be a jerk, but is this really some kind of intense coding nightmare that can’t be overcome without Star Citizen level resources? I’ll even pay for it in another silly DLC.

I’m not into modding for simple things like this. Why is this such a crazy challenge for the devs to overcome?

It’s probably just not on their list of “main priorities” at the moment, maybe we’ll see it down the line though?

Also it could be they dont want to enable it? Just a thought.

Should have just stopped at, “I’m not a developer.”

Welcome to the forum.
Not that I don’t want this either, actually to have a purist lab is my wish, but if clothes is the thing you seek, then I will inform you that you already have this feature years now. Especially since Siptah release you can farm from surges different races of crafters with different outfits.
So all you have to do is grind a bit and your wish is done I guess, my wish however is another story, since the fashion Police does not want purist crafters anymore

If by purist you mean naked @stelagel , we’ll get a few from south surges. @Wak4863 gave me this tip and I got this alchemist on my first. 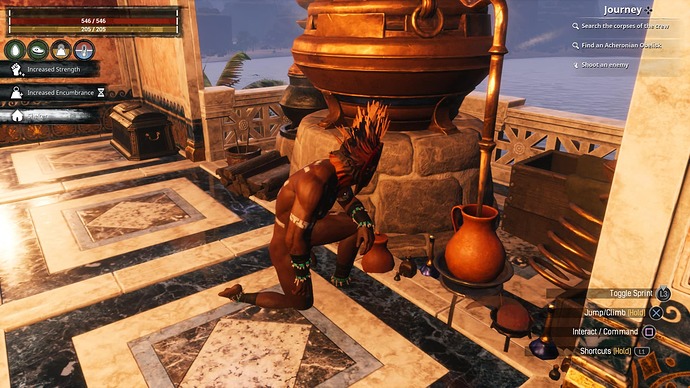 @Marcospt
We will see soon enough together

, yet from what I read here, not anymore

. The nude workers are over again I think

a bit short-sighted. a modder can do whatever he/she wants. if it costs too much resources or can’t be used with a controller then it doesn’t matter. funcom on the other hand doesn’t have this freedom. so in principle it’s true, but it’s not as simple as it sounds and the modder comparison is too sweeping.

This was some weeks ago… Unless they changed it from then on, they are there.

Just because modders can do something, doesn’t mean it should be done. It means its possible, but not necessarily feasible.

Mods change the game on top of what it already is. Changing the game internally is sometimes different. On top of this, there are other things to consider. When I choose a mod, I’m choosing it for myself, or the server I am running. Any consequences of running such a mod are mine and mine alone. When Funcom changes something, it affects everyone.

Many of these things we can shrug off as being acceptable losses if they have impacts that are a little more than a datatable edit. But many can’t. Case in point, the mod that does this is NOT ran by every server that can.

Now with all this said, I do believe that FC should allow us to dress our workstation thralls. That’d be a nice feature to have. But there’s no way they should simply copy the mod that does this over to base game and call it a day. It has to be carefully considered.

Yes modders can do it. But modders dont have to worry about how much drain it is. In theory modders can add oogles of stuff, but if everyht7ng that could be modded was modded, th .db would explode.

The fact something can be done doesn’t necessarily mean something will be done. It’s up to Funcom if the, like you say, deem it worth their while to make it.

Also it could be they dont want to enable it? Just a thought.

That’s my take on it… This isn’t something they’ve wanted, therefor they haven’t implemented it. Who knows what the future will bring…

Most of comments before, just mention amount of info that had go back and forth from server. Hence lag and a issue.

But Counter point was… let us have layered armor, so they can all match. So its not trying to load 5 things for each thralls… but 1 set up outfit. Its Already loading multi types as is… just not full blown custom stuff like mods.

Heck… sell some in store. I’d take matching outfits over full custom ones. Anything to get rid of damn turbans and aprons. Or itlest get my topless staff back. XD

It is odd how we had them in their clothing, and some was coloured long ago. Then something happened and they all went bland…not sure if it has to deal with the new ownership or not but it was around that time if I recall.