Icons for Thralls put in Wheel show as Bags. The thrall process is working. The icon for a thrall in process on the wheell is missing altogether, but progress bars can be seen to be working and the slot square is outlined.

Put a Thrall in the wheel and there it is.

I Have restarted the game, no change.

Others on this server report the same issue. No mods on server.

Same. Almost threw a thrall away because I thought it was another bugged icon for offhand weapon.

As far as I’ve seen, it’s just graphic issue, thralls keep converting in the wheel, and perform as expected in workstations. It is though, quite annoying.

hi ive seen similar bags (even before this patch btw), after a thrall has been deployed (like an archer or fighter).

usually they were saying something like XLeftHandAttack or RighthandAttack.
(maybe they were supposed to be invisible but i think i took a screenshot in the past thinking it was to do with mods, but ill find it and post since it sounds similar…)

here are the pics (named fillename to describe what it was) 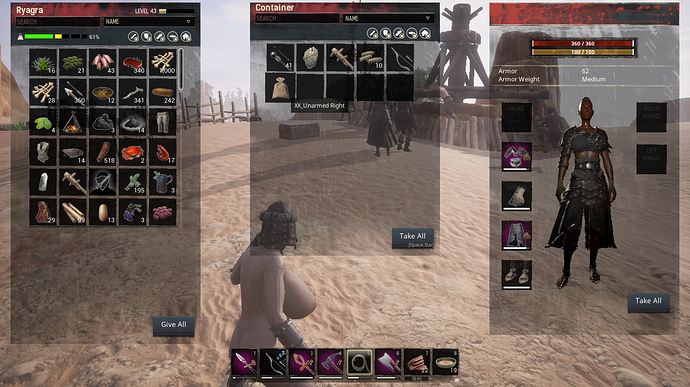 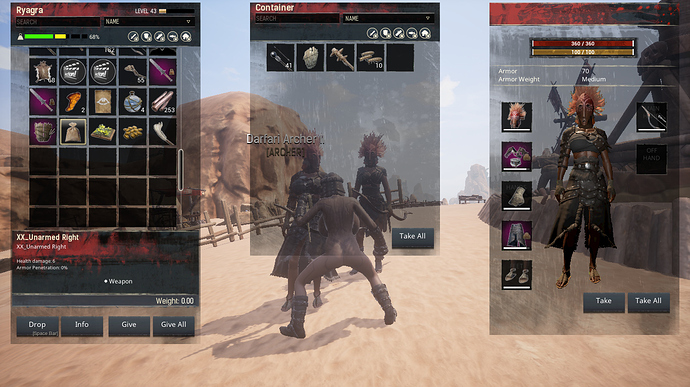 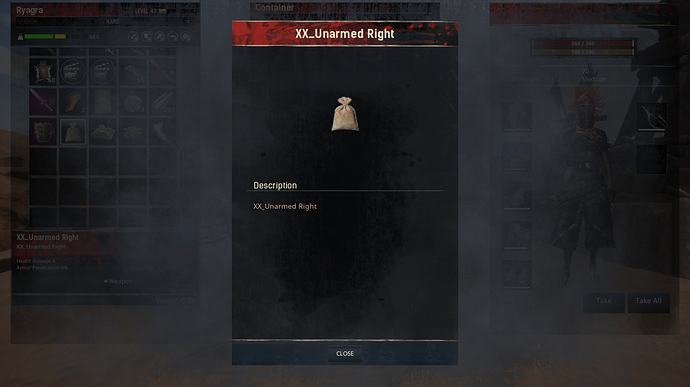 That is a bug for sure …but it’s a different bug from what the OP is reporting. The one he is reporting is that instead of seeing the icon for a fighter, archer, tanner etc when the thrall is on the wheel of pain, in your inventory, storage chest or in a workstation …you see a bag.

ah yes thanks kwalya, this is more to do with @Talreevis bug, though the 1st post bug is bad indeed

can i check what version number is the actual 12th October 2018 patch? is it this?

i updated my steam game around midnight and took a screenshot of the version, and didnt encounter this Thrall wheel bug at all. (in fact, i was really pleasantly surprised at just how smoothly the update went to this from version #106947/19410, for my 77th savegame and about 48mods)

exsting Apiaries kept slowly making honey (but also accepted new worker bees i found)
and existing Fish / Shellfish traps mostly needed insects, which is actually what i started putting in when first tried the game before, but now i found that the Large Bug insect, actually gives you a chance of getting Exotic Fish

(i couldnt find any feats for pets and animal pen though)

I also have the same issue. However, I am not sure the thralls in my workstations (Like tanner, blacksmith, etc. ) are actually doing anything they appear to be only visual/cosmetic. PLUS, they are not listed as “eating from,…” in the Thrall Pot. It’s like they are there but they are not, really.

they do work, you can tell by reduced cost and bonus recipes from armorers etc.

thralls at workstations do not need to get fed, that’s why they don’t appear in the thrallpot

after about 5 hours of trial and error (basically me removing 1 mod and trying again, with 48mods) i finally managed to get access to not only the Animal Tamer feat (with the 3 animal pens) but also some of the new Jhebbal Sag feats.

(i love vanilla as well as mods, it just happens to be that in this case, the culprit for me was this mod:
1501210306/BetterArchery.pak
and once removed, the other feats became visible again)

just in case anyone else has that problem. (it might be due to some recent archery work or just the way mod data items are not fully unique yet, but it might get patched up)