I have a question about thralls. Not so much a question as something that is puzzling me I know I am not crazy and I have seen what I have seen, on more than on occasion. I will take out a freshly acquired thrall and have another freshly acquired thrall at home… I usually grab them in twos, just in case I lose one I have a backup. I will take one out and notice when I get back that the one at home has raised in level I did a test today. just to make sure i wasn’t seeing things.
I spawned in two different types of lvl 4 thralls a fighter and a bearer… this is what I found…

Ok now some of you may ask why use Ortha… well I have done research on her and she is my favorite bearer to use … she has no 0’s in anything a bonus to everything and can kick serious butt. even took out a 3 for me while we were out.

Ok for my test I put the same armor and weapons on them top stuff heavy armor and star mace and star shield. exotic feast. I took Ortha out first lvld her to 10 she had taken out by then a few gators, camps of dafari, a couple of 1 skulls, a 3 skull scorpion, and a few other things.

When we teleported home Ortha was a lvl 10 with 5440 health. That is when I noticed Dalinsia my lvl 0 fighter which hadn’t moved hadn’t been taken anywhere except moved outside the front door to guard the house. Now had become a lvl 5 with 5934 health.

Nothing attacks at home there. Unless I specifically target it. Or step that close to the edge for it to notice me of that island. She wasn’t on that side. No way she could get targeted, Nothing. I have thought of all of this. This has happened more than once and with my greater shalebacks too. when I have taken out a thrall and had a greater at home.

How the heck is a thrall spawned or not spawned or even a pet gaining lvls when they are at home and not fighting? Don’t get me wrong not upset just curious.

Are you using mods? Also, are you in a clan with other people?

yes mods no other people. i am on SP what mods would make this happen?

what mods would make this happen?

I don’t know. If you list the mods you use, maybe someone who knows about them will be able to help.

I suspected mods, because the “vanilla” game (i.e. without mods) does not give your followers any experience unless they’re following you. Even if a thrall is fighting, it won’t get any experience if it’s guarding or scouting – only when it’s following.

most of my mods ok i will look them up would direct thrall ones like catch and carry or thrall sidekick do that sidekick helps pull them back or call them too you basically and catch and carry only lets you carry them in your backpack after you grab them. i have some other mods but not like those two working up a list.

I hope @Narelle won’t mind if I tag her here. I don’t play with mods and she’s my go-to expert on mod load order 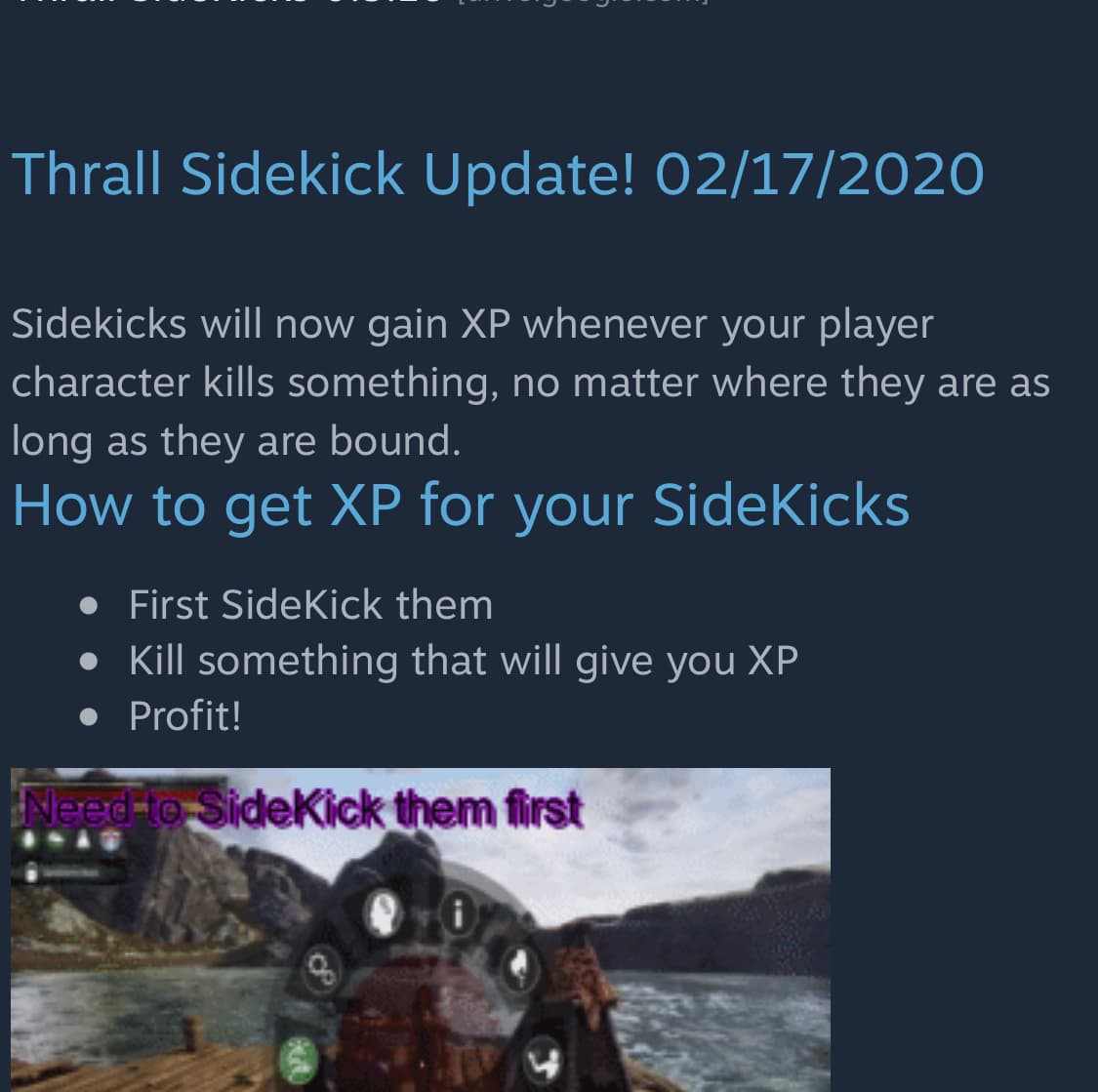 Thank you @Narelle I don’t know how I missed that lol. It is odd how little XP she got for the number of lvls she jumped.

Did you see anything wrong with my load order or is it ok?

Other that running outdated mods not really but as long as you have no issues, I guess you are fine.

yeah the only one that is old(old) is the encumbrance one unless you consider something newer outdated everything else is last year or newer. and I checked it was still working for everyone else as well so we used it (hubby and I ) causes us no problem yet. Thank you guys for the reply.