Treasures of Turan Pack now available on PS4, PC and Xbox One

The riches of the eastern kingdom of Turan await you, exiles! Our latest cosmetic DLC, the Treasures of Turan Pack, brings the opulent gilded palaces of Turanian culture right to your fingertips.

With the Treasures of Turan Pack you can build palaces adorned with glittering statues, give rhinos and elephants pack animal skins, and dress in the finest Turanian silks and Phalanx armor.

Treasures of Turan comes with new building pieces, placeables, armor sets, weapon sets, warpaints and pets. As Turan is one of the wealthiest nations in Hyboria, it’s fitting that this offers the most ostentatious gear and building pieces in Conan Exiles yet. Enjoy the golden decorations of the building pieces and finely wrought weapons and armor.

All the new content from Turan is exclusive to this DLC and adds a host of new visual options but does not give any in-game advantage in power. All the new items have comparable stats to existing items. 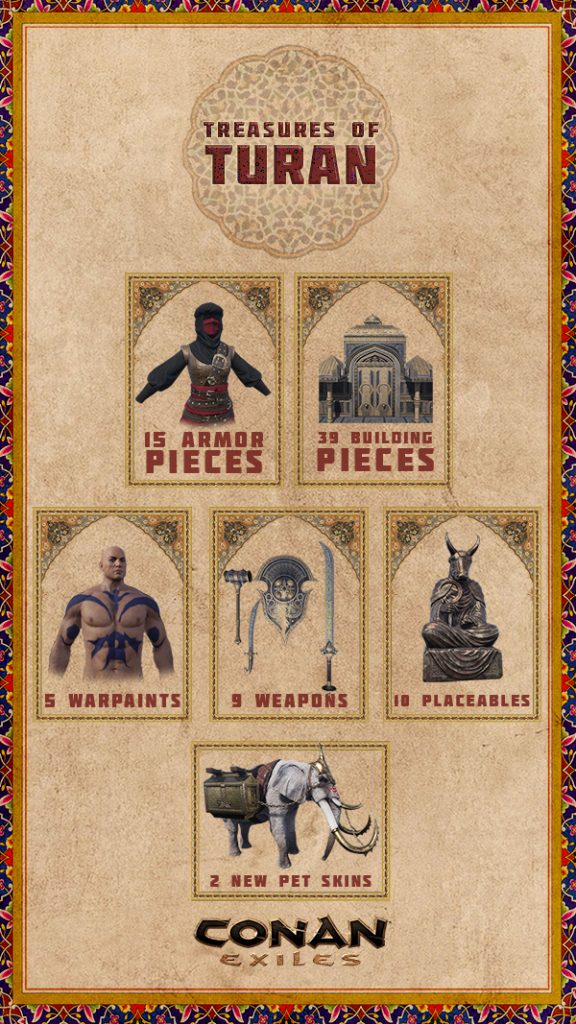