The latest free update to Conan Exiles lets you raise and tame the wild beasts of the Exiled Lands. Pets will fight for you, defend your settlements and produce valuable resources while confined to their pet pens.

This update includes several code changes from the previously deployed version. Depending on these changes, some mods built with the previous dev kit may or may not work as intended. Mods are less likely to break as they did in the last patch as this is a smaller update, and a new dev kit was released when this patch went live.

You asked for it and we are happy to deliver:
From today on forward you will be able to tame and raise your very own pet(s). Explore the Exiled Lands with your trusty companion by your side or build a farm to have them produce materials for you. 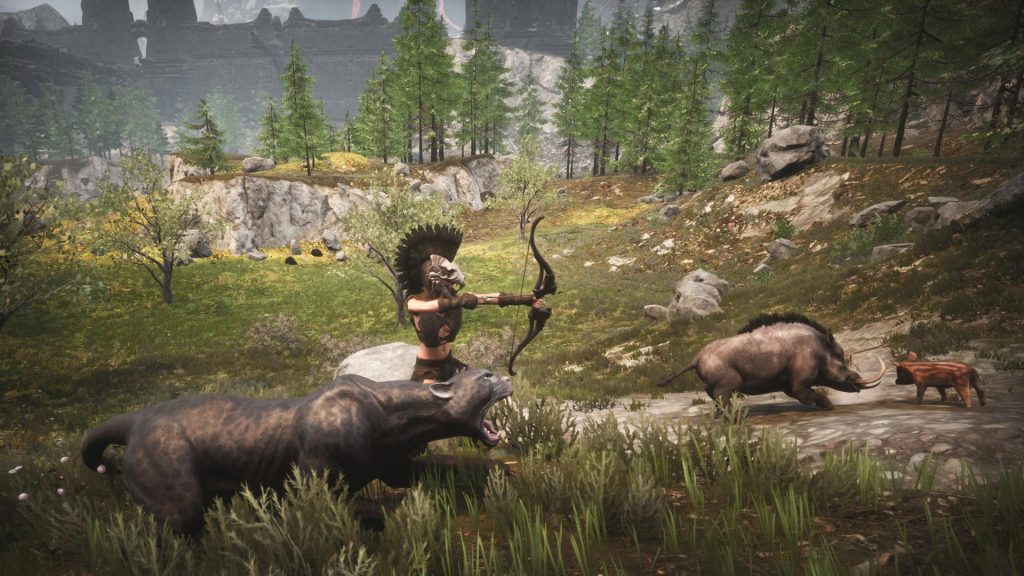 You will want to start your career as a Beastmaster by building an animal pen for your new future friends. These shelters come in three different tiers and have 5 available pens to hold your animals.

Following this, you will need to obtain a baby or an egg. These can be found in the world, and on certain (rare) vendors so keep your eyes open while you travel! You’ll be able to place your baby pet version into the pen and have them grow into an adult and trusty companion over time.

However, don’t forget to feed and treat them well or you might just end up with a carcass! 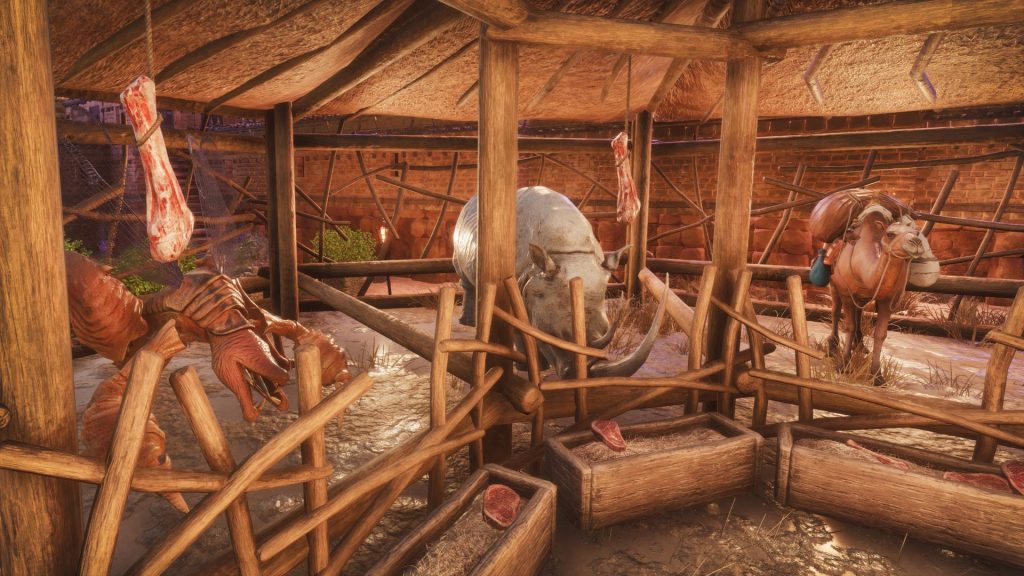 While you have a baby animal in your pen, the type of food you offer it will influence your chances to have your baby grow into a greater pet version: A rarer, more powerful and special looking variation.

The new pet system will also introduce the mechanic of thrall feeding. Special Feed boxes and Thrall Pots are available for easier, automatic food distribution to several pets or thralls for those of you who are planning for bigger armies of two and four legged friends.

While keeping your pets happy and fed they will eat any type of food that they can digest. However, feeding them their favorite snacks will grant them temporary buffs.

Very conveniently, live animals will also produce dung, which is used to create compost for your planters.

Even in the sad and unfortunate event of your pet’s untimely death, you can still make use of them. Placing dead pets inside a Liquid Separator will grind them down into blood, bone and hide resources.

Does this mean that all future updates will be paid? Or they will be no more?

Thanks for the note about the mods. Just wanted to add that the dev kit is now out, I’m downloading the update now. Thanks team!

Not the last, the latest.

No, it means that it’s the newest of the free updates

So what will you break?

Maybe there is a language mix up here, but latest means the most current, not final.

It won’t be the last either I’m sure!

Anything can happen.
Thanks for the answer. It would be nice to receive the same frequent response to other error messages and mechanics of work.

thanks funcom for bringing more end game to the game.

could you tell me where the respaw of the supreme?

Dont worry it’s the latest as the newest update, not the “last” free update

Jens, fighters and archer thralls still not attacking enemy players or npc’s, any info on that?

If it’s not in the patch notes we haven’t done any changes. Are they completely passive, even when attacked?

So what about the slaves in the volcano? It is a mistake or forever that the tanner and the slave trainer do not spawn at all. And instead of Said and Enis always cook tier 1?

@Jens_Erik I have a query in the version of the testlive but the LootAll option was present, but it is not in the live version again

Did the Silent Legion armor got nerfed again?
I get 2 of every stat now.
Is that right? and if yes, why dont you write that in the patchnotes?!?

So why did you change the silent legion armor and dont say anything in the patchnotes?