Still cannot join - Says Ping is too high - which it is not ! 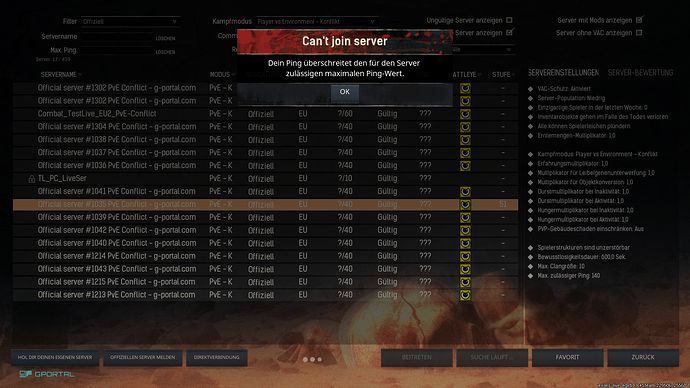 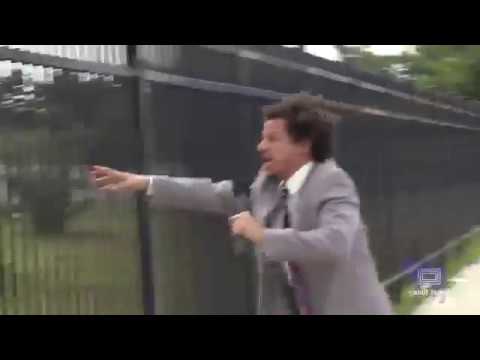 For those that have ping listed as ???, direct connection works for me.

The ??? ping is fixed. two new errors upon joining official server (yes i have restarted the game a few times
):
Failed to join requested game.

Could not connect to the server. “Join Session” failed. If this continues to happen try restarting the game.

Our server works only via DIRECT CONNET for People. We have had one player login and had to recreate. DB shows character wasn’t associated properly with his account in the account table.

We are up and running BUT Steam says server is not responding, Battlemetrics as well. I’ve confirmed all ports in firewall are open (as nothing changed).

13 HOURS and counting. With all due respect, if you can’t fix it in a timely way - Roll it back please

A new update to PC is being pushed out. This will fix several of the connection issues with server pings appearing as “???”, as well as the speed at which the servers populate on the server browser screen. Investigation to missing characters is underway

This happened to me a half year ago or so, server just disappeared, hope it doesn’t happen again, that was annoying as hell.

I know it’s asking a lot, but do you have any predictions?

Worked for me but fyi it’s shows two versions of the same official server I’m on. I just picked the one without the question marks.

Alsi, I was dead when the game started, no way that should have happened.

Missing characters seems to be linked with connecting to the game with your new IDs vs connecting with steam IDs as some players pointed out on steam.

Server is now showing TWICE and one has ???

I just joined, another player joined and everything was normal.
No screen to recreate character