Looks like this NPC was trying to seduce my character. She seemed to have a wardrobe malfunction where her armor did not render properly over her bosom. lol 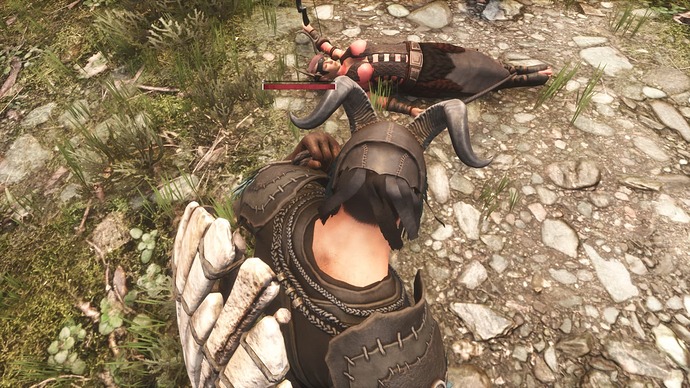 I have the same problem from time to time in live version. I play with mods so I’ve never reported it. I thought it’s because of some mod. The last time it happened to my bearer all of a sudden when she was lvl 20. She became red just while running after me (maybe swimming or teleporting IDK). Restarting game and changing her armor didn’t correct this problem so I had to pick her up and put back again with lvl 0 (with Testerlie mod).

You should have seen test, knock out dararfi and they’d get up nordhimer

Apparently they didn’t get all the skin mismatches straighten out.