Werewolves are an abomination with their move set, it’s cheap, it’s spammy and it’s almost all knockdown, what’s worse is they start the same knockdown before you can even recover resulting in another knockdown, and another and then you burn the rest of your stamina double rolling becasue one roll won’t get away from their 180 ability to turn with an attack.

There’s liturally no decent way to fight them, and with negative stamina your constantly screwed if you have to roll from one, which is always.

So remove all the challenges in the game? Ummm…

Users wrecked ESO in this way too. It started out where each land contained higher and higher level enemies so if you could get there as a n00b you could really play a nice challenging game. Then the weaker 10% of users started getting uber-vocal with complaints about it and the game was ruined! They nerfed the higher levels and made all lands (but one) the same (quite low) level. Now questing in ESO is boring if you’re a PvE player and their user base is dwindling. Way to cut off your own nose!

It’s not removing a challenge when there’s no challange to begin with on those enemy’s, the spam knock down isn’t a challange it’s cheesing.

Even the lizards are a little less spammy then the werewolves that i dont kind them one bit.

But knockdown attacks are something that shouldn’t be able to be spammed BEFORE a player can recover in any way at all by anything.

This gives no chance for skill to be used when it’s pretty much knock down after knock down roll roll roll, that’s not fun to me or challenging, just annoying

It’s definitely a challenge to me. It causes me to engage in a very tactical manner. If you get 3 or 4 of them on you the challenge becomes quite extreme - and that can easily occur in the very first room as well as several subsequent rooms - of the Wolf Brothers Vault. If your death is only annoying to you I can’t help that.

Please don’t attempt to nerf our game because you’re annoyed.

Twice drowned can knock you high into the air and there’s nothing you can do. Can’t even recover even if you have double jump.

They can’t swim, so I suppose you could jump in the opened water gates.

(In fact, the only things that swim in water are fish! So we must all be fish!)

(In fact, the only things that swim in water are fish! So we must all be fish!)

All followers and mounts swim now too tho

not removing a challenge when there’s no challange to begin with on those enemy’s, the spam knock down isn’t a challange it’s cheesing.

I mean players cheese the same with 1h ax on human NPCs, so it’s only fair. Plus, the werewolves are not a necessary kill outside of the vaults of IoS. they have no unique crafting materials.

I thought that mounts only swim while you are mounted, otherwise they wait on the far shore to TP to you after you cross?

(In fact, I think followers (and NPCs) do that too unless they fall in off a boat.)

I think the OP is confusing wolfmen and werewolves. On Siptah the only werewolf that spawns is at the Grove of Jorgan. You can use The Sign of Jhebbal Sag to turn other creatures into a werewolf, but it’s a pretty expensive way to get a shadebloom drop. The wolfmen on the other hand are one of the Elder Races, and show up in numbers in and around their vault.

Ah you are correct, i got those names mixed up, the vault wolf men are who i mean for this

(I’ve even had a few incidents on noob river - waiting for the ghost chest after the guy drowns, for example, my horse keeps trying to swim on top of me…) 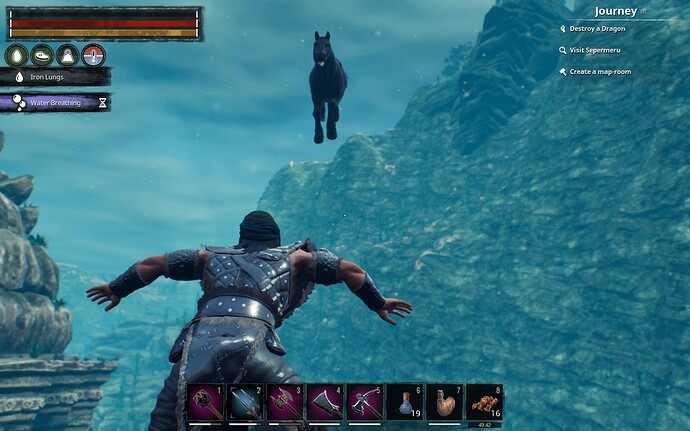 I thought that mounts only swim while you are mounted, otherwise they wait on the far shore to TP to you after you cross?

(In fact, I think followers (and NPCs) do that too unless they fall in off a boat.)

Nope, they swim on their own now. And will also dive with you if go deep enough. They also teleport from shore to shore - so it’s not entirely consistent. You can get them to swim a lot more often if you dismount in the water. Human followers will almost always swim along side you now too. It’s cool to be mounted crossing a large body of water and have your follower pass you up.

I don’t have IoS do the werewolves interrupt the accomplishment of something else even if they contain nothing in that of themselves because I know they are relentless at pursuit in Exiled Lands purges?

Yes, almost all enemies can cancel your attacks. Wolfmen have a longer reach than most and can knock you down with their light attacks. You have to be very tactical with how you move and when you swing, stab, slash, or block. If you have two or more on you that tactic has to change - where you kite them to disperse the huddle formation and then attack-and-retreat repeatedly. And there are enough of them around that if you have an aggressive follower or you rush in to certain areas, you can get up to six of them on your butt. So easy to die if you’re not careful - very challenging vault! 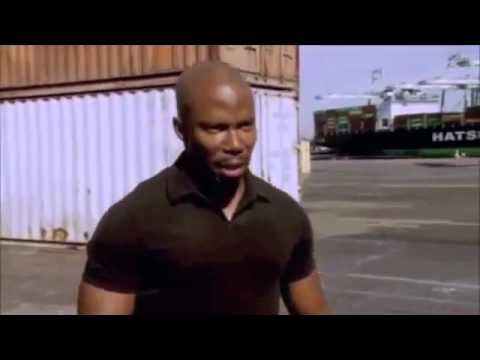 @TotenMeister asked:
"I mean are they littered throughout a dungeon "
Yes.

“or choke-pointing passage through a vault”
Yes

"or blocking a treasure/rare resource? "
Yes

“Are they particularly preventing progress or completion of some sought after point on the island”
The end of the vault, yes. The area around the vault, yes.

“or are they just a threat in a certain location?”
No, they can be Purge enemies too.